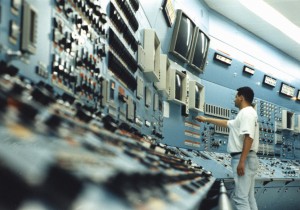 Nuclearelectrica’s Board of Directors has been mandated to initiate proceedings to terminate negotiations with China General Nuclear Power Group (CGN), as well as legal effects regarding the memorandum of understanding concluded in 2015 for building and operating units 3 and 4 of CNE Cernavoda, writes Agerpres. The initiator was the majority shareholder, namely the Ministry of Economy, Energy and Business Environment.

Also, the OGMS decided to authorize SNN Board of Directors “to initiate the procedures/steps/actions regarding the termination of negotiations with CGN, as well as the termination of legal effects (by agreement between parties, denunciation, etc.) of the following documents: “Memorandum of Understanding for building, operating and decommissioning of CNE Cernavoda Units 3 and 4 (MoU), and respectively the Investor Agreement in the preliminary form”.

Last but not least, it was decided to authorize SNN Board of Directors to initiate the necessary steps for the analysis and crystallization of strategic options regarding the construction of new capacities for producing electricity from nuclear sources.

Investments of RON 2.3 billion in the next five years

„The estimated value of investment projects, related to the period 2020-2025, according to the strategy and stages of implementation is RON 2.29 billion„, the report published on BVB mentions.

Regarding the future actions, respectively the steps to continue Units 3 and 4 Project, in compliance with the obligations related to the listed company status and Articles of Incorporation, SNN will inform and submit to its shareholders’ vote any such initiative, in full transparency of the way of managing responsibilities of SNN statutory bodies.

At the end of last month, the Minister of Economy, Virgil Popescu, indicated that the current collaboration with the Chinese company for building Reactors 3 and 4 from Cernavoda started seven years ago, a time during which no progress was made, so it was not possible to go any further.

Nuclearelectrica is under the authority of the Ministry of Energy, with the state holding 82.4959% of the shares, Fondul Proprietatea – 9.0903% and other shareholders – 8.4138%, following the company’s listing on the stock exchange.

With its two operating units, SNN covers approximately 20% of the total Romanian production from units with the possibility for dispatching operations.