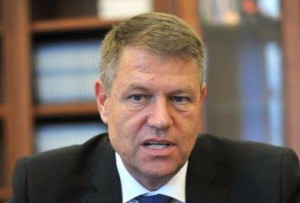 President Klaus Iohannis was fined with 2,000 RON by the National Council for Combating Discrimination.

CNCD President Csaba Astalosz says though he disagrees with the institution he is leading. In his opinion, „we do not deal with a vulnerable group,” he says, which means there is no discrimination.

The decision was made with five to four votes and Csaba Astalosz and the other three members who disagreed with the majority’s opinion are to draft a separate opinion.

The decision was made after the head of state used the term „offenders” referring to certain political leaders.

The National Council for Combating Discrimination (CNCD) said on Wednesday, with a 5-4 majority, that the term ” offenders” used by President Klaus Iohannis exceeded the limit of freedom of speech.

In the case of the DNA head, the CNCD rejected the complaint. Laura Codruta Kovesi used the expression „defenders’ festival”.

Both complaints were submitted by the website luju.ro (Lumea Justitiei)

Klaus Iohannis and Laura Codruta Kovesi made statements and commented on the recordings released by former Chamber of Deputies member Vlad Cosma, who claims that prosecutors from DNA Ploiesti are „manufacturing” evidence.

President Iohannis’ complete statement made on February 15th: „From my point of view, things can be summed up in a few words: some offenders are desperate to attack and discredit DNA and DNA’s leadership. In my opinion, this attempt is pitiful and unconvincing, and my opinion about DNA’s work is something you know, but I am happy to repeat it. In my opinion, DNA and DNA’s leadership are doing a very good job, and this attack, or attempted attack from some offenders, is likely to confirm that DNA is doing a good job.”

CNCD President considers that this is not discrimination. There is no „vulnerable group”

The head of state has already announced that he will challenge the decision (taken with a close score of 5 to 4) and chances of winning are particularly high, as the chairman of the council himself considers it incorrect.

In a press release, the Presidential Administration qualified the CNCD’s decision as a political one.

Csaba Asztalos explained on Wednesday that, in the opinion of his colleagues who considered the term „some offenders” discriminatory, this mention was addressed to „persons for whom there is no irrevocable decision in court” and the term „offender” has a pejorative sense.

In his view, though, „taking into account CEDO jurisprudence, the context, person, content, this expression falls broadly within the limits of freedom of expression.”

„First of all, these people are not part of a vulnerable group. They are politicians, and CEDO says politicians must have a greater tolerance to criticism that must be made in good faith and except the private life.

In the case of Times New Roman there was the private life of those people, there we were in favour of identifying the act and penalizing it. In this case, we do not deal with a vulnerable group,” the CNCD president argued.

„Mr President is broadly speaking a political figure who made a political statement on a subject of public interest, he criticised and attacked the functioning of the judiciary. In these situations, freedom of expression is much broader, even shocking expressions that lead to indignation can be used,” said Csaba Asztalos.