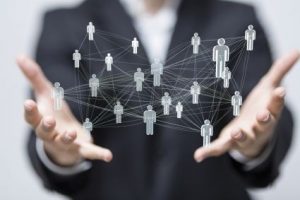 The degree of labour force professionalisation in Romania has declined so much that the Romanian economy is heading toward an acute crisis on the market, according to a KeysFin analysis.

Statistics indicate that the number of vacancies almost doubled in 2016.

„There is probably no firm in Romania that does not currently face the effects of the crisis of personnel.

„Whether we are talking about IT programmers, engineers or finance specialists, there are more and more companies complaining that they do not find qualified staff. Evidence – the INS statistics showing that after the economic boom in 2007-2008, in 2016, the number of vacancies almost doubled, from 38,625 in 2009 to 59,753,” says the KeysFin analysis quoted by Agerpres,

KeysFin made the analysis based on data from the National Institute of Statistics (INS), the National Prognosis Commission (CNP) and Eurostat about the evolution of the labour market over the last 10 years.

Statistical data shows that workers in the services field are in great demand (8,205 jobs), along with plant and machine operators/machine and equipment assemblers (7,035) and skilled workers (6,904 posts).

„Overall, in the context of the economic growth, the demand for skilled workers in the economy has steadily evolved over the last few years, but remains below the level registered 10 years ago,” says the KeysFin analysis.

By gender, in 2007, there were 5.19 million men employed in our country, and in 2016, 4.8 million. A similar decrease, but even sharper, is also registered on the women segment.

„The statistics confirm, in part, Romanians’ exodus towards the West. Since joining the EU in 2007, there have been many Romanians who have chosen to leave to the developed countries in their search for better-paid jobs and a better living,” explained the analysts.

Entrepreneurship in a dilemma

The 2009-2010 crisis hit very strongly the private initiative, the evidence being that the number of entrepreneurs decreased to 1.6 million in 2016 compared to slightly over 2 million in 2007.

„The recoil was strongly felt in the economy. Besides salary cuts, many businesses died because of the financial deadlock, the sharp decline of the demand, and the tighter credit conditions,” explain the KeysFin analysts.

In this interval, 400,000 entrepreneurs have actually disappeared. „Look at this figure in terms of horizontal business relationships, in the economy, and you will have the real dimension of the socio-economic impact,” proposes KeysFin.

The EU accession in 2007 „raised great hopes for the Romanian employees, the perspective of gaining similar salaries to those from the West, which made many Romanians overestimate their financial potential, and most of the crisis effects were caused by this phenomenon.”

Despite that salaries did not increase as expected, Romanians looked to the future with a very optimistic attitude and the effects were perhaps best seen in the real estate bubble occurred in the years before the crisis – says the analysis.

KeysFin mentions that the net average wage in Romania rose from 1,042 lei in 2007 to 2,047 lei in 2016. „On paper, the increase seems substantial, but given the inflation rate, this advance was found to be too low in terms of living standards„, says the source cited.

What happened to the extra money?

„The credit granted based on the ID card, risky real estate investments, unlimited, impulsive consumption had severe consequences in the following years. Why did that happen? Romanians’ poor financial education and the overestimation of the future financial perspectives proved to be extremely damaging,” say the KeysFin analysts.

The level of salaries is a game involving the productivity and often the entrepreneurs’ ability to obtain it.

„A relevant indicator is the evolution of GDP per capita. While in Poland it grew between 2007 and 2016 by more than one-third, to 11,200 euros per capita, in Romania, after a similar increase of nearly 25%, the fourth by dynamics after Poland, Malta and Ireland, we have only reached 7,600 euros in the last 10 years,” mentions the study.

The KeysFin’s conclusion is that there is an advanced gap in Romania compared to other EU members, where each inhabitant produces almost 30,000 euros per year, meaning 4 times more.

Beyond the regional comparison, there were quite a lot of Romanians in these 10 years who have seen their incomes grow significantly.

The highest wages, on average, were recorded by those working in the financial and insurance sector (4,000 lei), where the earnings have advanced the most in the last 10 years, according to the KeysFin study.

Then, next in the ranking are:

On the opposite side, the employees from agriculture, constructions, HORECA, trade and healthcare, where the average salary has not yet exceed the equivalent of 350 euros.

Geography and future of market

From a regional point of view, the wage evolution also had significant fluctuations. During all these years, the highest salaries were paid in Bucharest-Ilfov, 2,645 lei on average, compared to 1,562 lei in Moldova.

„The evolution of wages followed the economy dynamics at the regional level. Unfortunately, in the absence of significant investments, regions such as Moldova and Oltenia have lagged behind, and the situation has also been translated in the potential of employment, salary level, purchasing power,” explains the analysts.

The labour market will not have significant increases in the future, according to the National Prognosis Commission (CNP).

CNP’s estimations show that the average number of employees will increase to 5.6 million by 2020 compared to 4.95 million in 2017. Out of them, 4.6 million will be in the private sector and the rest of them in the public sector.

The highest earnings in the next three years will be in Bucharest-Ilfov, where the net average national wage is expected to reach 380 euros (3,969 lei) in 3 years, and the lowest in Oltenia, about 542 euros (2,442 lei).

„The salary outlook denotes, in fact, that the economic discrepancies will enlarge at the regional level and the tendency towards Romania’s economic and demographic polarization. The labour migration will most likely increase towards the economic centres located around the cities such as Bucharest, Cluj, Sibiu, Timisoara, Brasov or Constanta,” warns the KeysFin analysts, quoted by Agerpres.