Four impact scenarios of OUG 114, as they were presented by Florin Georgescu to Liviu Dragnea and C.P. Tariceanu 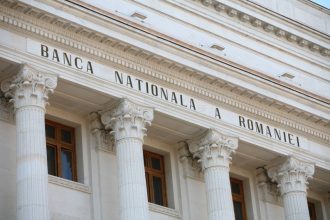 The tax on bank assets, called the „tax on greed” by OUG 114 authors who imposed it, may reduce the economic growth by 0.6-1.1 percentage points, according to the impact study that Florin Georgescu, First Vice-governor of the National Bank of Romania (BNR), presented Friday to leaders of the ruling coalition.

The impact study reveals many other negative effects that require for the ordinance to be amended, among which, according to the information available, we noted the following:

The study takes into account four scenarios of the economy’s response to the constraints imposed by OUG 114/2018, and the most likely effects under the baseline scenario in the case of a 1.2% tax on the total financial assets of banks are:

„Tax on greed” effects – in 4 scenarios

The BNR impact study takes into account various proportions of assets for the tax base and various asset types. Out of other details we noted:

Scenario 2: a tax on only 75% of financial assets of banks controlled by foreign credit institutions

Scenario 3: Scenario 2 and repealing exposure on public administration and of required minimum reserves

Scenario 4: Scenario 3 and removal of performing credits granted to businesses from the asset base

The effects of the tax would be transferred to the interest rate, under the hypothesis that financial institutions would try to recover the equivalent value of the amounts transferred to the state budget in the form of the „tax on bank assets”.

Simulations for the impact study include a version with one percentage point increase in the spread between active and passive interest rates that banks use.

According to the BNR study: