According to data provided by INS, in November 2019 Romania recorded a new alarming decrease in monthly industrial production at the level of the negative… END_OF_DOCUMENT_TOKEN_TO_BE_REPLACED

Almost 600,000 Romanian children and young people aged between 0 and 19 years, that is 12.6% of the total Romanian people in this age group,… END_OF_DOCUMENT_TOKEN_TO_BE_REPLACED

On Thursday, the appointed Prime Minister, Ludovic Orban, presented to colleagues from the National Office the document that he will submit to the Parliament, which… END_OF_DOCUMENT_TOKEN_TO_BE_REPLACED

The long-term interest rate fell below zero in the Eurozone and dropped to only 0.28% on average at the EU level, half as compared to… END_OF_DOCUMENT_TOKEN_TO_BE_REPLACED

Net costs for the state with holiday vouchers for public sector employees and the VAT cut for tourism will amount to RON 1,878 million in… END_OF_DOCUMENT_TOKEN_TO_BE_REPLACED

Effects of deductions – of pensions, abuse and democracy: When pensions grow (in 2017!) by 25%, by how much should salaries increase and what the source of this growth should be? 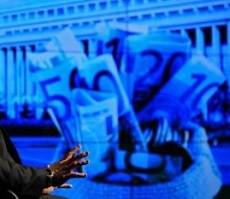 Between the deductions of tax on pension, criminalizing the abuse of office and partial application of democracy there is a material connection, as concrete as possible. And especially financially measurable. Based on the de facto connivance of two benefiting parties of the society and the special involvement of a paying part. The mechanism is shown in the following:

According to Law 227/2015, applied from 1 January 2016 for the pension income, the following were paid as taxes to the state budget:

The practical effect of these changes is shown below, where the increase of the pension point by precisely 5.25% has much simplified the presentation, as a pension of 1,900 lei in 2016 reached exactly 2,000 lei in 2017.

Altogether, in July 2017 compared to December 2016, the net pension will increase from 1,724 lei to 2,151 lei, meaning by almost 25%. Which explains, in fact, the position of those who ended their activity and the result of elections consisting of a solid majority in the Parliament. But also, the position of the elected ones who also feel entitled to a deduction.

A deduction that, by keeping the proportions, might not be 2,000 lei but 200,000 lei. The 1 to100 ratio seems quite logical in terms of representativeness in a modern democracy, in which you vote irrespective of whether you pay or not taxes (based on the “Liberte, Egalite, Fraternite” principle). Well, what to vote for? To not pay taxes, logically, because that is why the country has employees (that’s right, less active in voting), namely to charge them and take their money, to be enough for everyone.

To cantankerous who relies on clichés we offer an inquiry topic: how will the amount of 165 lei from the table above be replaced in the budget revenues (194 lei saved from tax minus 29 lei reintroduced in the taxable amount at the middle of the year), more exactly how will the bill of the exuberant deductibility be paid in the next years and by when?

For now, the direct payment in 2017, beyond the increase in the cost of financing the public debt caused by the deficiency of the democracy already attached to our image at the international level (see the position of the six embassies and the EU) will be made by those who participated in the protests at the eleventh hour, their descendants and their descendants’ descendants, according to the needs arising from the budget implementation.

The Transport Ministry, as the Intermediate Body in Transport, approved the financing request for the project "Construction of Sibiu - Pitesti highway", Sections 1, 4… END_OF_DOCUMENT_TOKEN_TO_BE_REPLACED

Lack of trust in authorities, corruption and low living standards are the main reasons why young people leave Romania. The data is part of a… END_OF_DOCUMENT_TOKEN_TO_BE_REPLACED

Romania is the EU country with the fewest cars in terms of the number of inhabitants, according to data recently published by Eurostat. We appear… END_OF_DOCUMENT_TOKEN_TO_BE_REPLACED

The Government is preparing the public for the first measures aimed at avoiding the budget slippage, which would be applied by the PSD-ALDE government. News… END_OF_DOCUMENT_TOKEN_TO_BE_REPLACED

French Prosecutor Jean-Francois Bohnert will be appointed as head of the European Financial Prosecutor's Office, a position for which he was heard on Thursday, 11… END_OF_DOCUMENT_TOKEN_TO_BE_REPLACED

Romania recorded the highest road deaths in the EU also last year, with 96 deaths per one million inhabitants in 2018, almost double the EU… END_OF_DOCUMENT_TOKEN_TO_BE_REPLACED

Sorina Pintea announced on Thursday further new changes that will be brought to the functioning of the health care system, including new rules for employment… END_OF_DOCUMENT_TOKEN_TO_BE_REPLACED

The new order on approval and selection procedures for insolvency practitioners is an important step to a very good direction, industry experts say. ANAF is… END_OF_DOCUMENT_TOKEN_TO_BE_REPLACED

Romania lost to Estonia in the final vote to get the non-permanent member position within the UN Security Council for the period 2020-2021. On Friday,… END_OF_DOCUMENT_TOKEN_TO_BE_REPLACED

eMAG hopes to get the opinion of the Hungarian Competition Council over the next two months for the acquisition of Extreme Digital, the market leader… END_OF_DOCUMENT_TOKEN_TO_BE_REPLACED