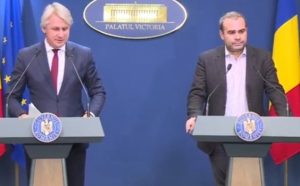 The Ministry of Public Finance published Tuesday evening, a day and a half before the approval in the Government, the draft OUG that amends the „Greed Ordinance” issued in December 2018 without a public consultation and an impact assessment.

OUG 114 was strongly challenged by the business community and criticized by officials of the European Commission.

The new form of the ordinance seems to take into account the observations and some of the proposals advanced by the business community.