”Digital-Schweitzer” Romania: IT specialists explain why citizen is stuck between super computerized institutions

Ciolos government promised a revolution in reducing state bureaucracy, official emphasis being put on digitization and electronic communication, institutions being required to be transparent.

This is a difficult thing to do in a ”digital-schweitzer” Romania: according to specialists, the real revolution would happen when all state systems would communicate with each other.

The interoperability myth says this is impossible. The reasons mentioned are multiple: we find out that IT systems were developed in Romania without a unitary vision and even, sometimes, with no utility, but only to award contracts for fees, that the operating systems are incompatible or the famous source code was „seized” by developers.

Nothing could be further from the truth. In reality, change does not occur for the following reasons:

This way digital Romania has become landlocked, so the information gaps between institutions block communication and preserves bureaucracy – in spite of the approximately 1.5 billion euro that Romania spent on computerizing the institutions.

Problems in the digital paradise

Transforming public services through technology should aim to eliminate some „bureaucratic nightmare” faced by today’s taxpayers, either individual or legal person.

One of the government’s initiatives launched in August referred to the creation of GovITHub – a program that aims „to create the community of those who believe in a digital future for Romania by transforming public services through technology.”

It is what theoretically specialists refer to as ERP – Enterprise Resource Planning, meaning an integrated management of all processes and operations within a single IT platform.

Basically, if translated into a common language, this means establishing the inter-operability between the „IT islands” developed in Romania in the last 20 years.

It makes perfect sense to try to do this, given that, according to official statistics, the Romanian state institutions have spent a billion euros for the development of various systems, only in the last 5 years. This investment took into account only the needs of institutions, not people’s needs.

The problem is that GovITHub, pending a study of interoperability of IT systems that should have been ready in September, is now working only on innovative projects.

How digital Romania should look like: an example from Estonia

Of course, any IT system must serve the needs of the institutions, but in Estonia these investments equally serve citizens.

At the birth of a child, for example, parent’s relationship with various state institutions is conducted through a single point: the maternity hospital.

After the hospital official fills in the specific data online, the parent has to make only one thing – declare the name the baby. At that moment, the system starts working and the information is sent to:

In Romania, these procedures involve applications, files, queuing and visits to institutions.

Dan Nechita: we have too little time available and I hope we can continue our work 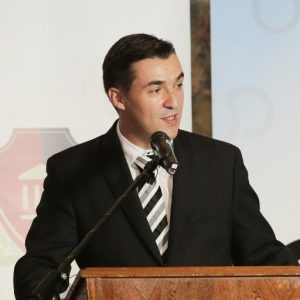 Dan Nechita, advisor to the Prime Minister for the IT systems, is one of those who are ‘pushing’ the GovITHub project.

He says that here are three objectives: „Mapping the IT systems in Romania, systemic changes and innovation.”

Without an appropriate timeframe (the current government’s mandate will end in two months and a half), the focus will be on innovation.

The advisor to the Prime Minister spoke about the GovITHub’s activities with cursdeguvernare.ro, explaining that the focus is now on developing software solutions to support citizens and businesses.

„Step 1 was to try to make an inventory of the systems and see what we have. We asked all the agencies and institutions to send us the list of their own systems. We are still waiting for answers… We can think afterwards to the systemic changes, „says Dan Nechita.

From his perspective, the logical alternative for the project to timely „deliver” something is the emphasis on innovation.

An example given by advisor Nichita: „I keep thinking of a project. We have a blurred image of the diaspora, as we know approximately how many Romanians live in the major adoptive countries such as Italy, Spain, Germany, etc. Do we know though how many Romanians live elsewhere? Let’s make then an application, something like Google Maps, to say, which you, a Romanian from Guatemala, for example, can use to indicate your presence. You simply put yourself on a list. I think it would be an extremely useful tool. Well, if there are other better projects that can be done faster, I don’t say no. Let’s do something else … ”

The government announced on October 7 the final selection of the 20 scholarship beneficiaries and the list of potential projects proposed for implementation through the participatory platform ithub.gov.ro.

The project that Dan Nechita loves is missing from the list, but we find among the proposals:

These projects were recently the subject of a 2-day meeting – the government calls it „hackathon” – in which those selected by the program worked together in teams to develop prototypes of the first projects.

Former Minister of Communications, Marius Bostan is one of the GovItHub’s initiators. He ensures that activities will not be limited to the list announced by the government.

„These are certainly ideas proposed by volunteers or scholarship. There are some very good ideas, even useful to the citizen. For interoperability, however, it takes strategy, a structured thinking and I assure you that it we worked and are working on it. We have to frankly admit that there is much resistance to change and we need a critical mass to overcome this. This project initially aimed to stimulate the enthusiasm and gather the promoters of change. We wanted to create the first wave and that is happening now, „said Marius Bostan.

Former minister does not seem worried by the prospect of time in which change will occur. „I am not saying that it is easy, but not very complicated either. And I think any government that will follow government Cioloş will maintain the project active. Any government will be aware that what is created now generates added value, „says Marius Bostan.

The former minister is glad that he succeeded to push things in his mandate to o point of no return. „A new rule has been introduced in the administration: any project exceeding 2.5 million lei must be approved by a commission established within the Ministry of Communications. No project will receive approval if the interoperability component does not exist. The era when we paid good money for projects without benefits for administration as a whole ended.”

Varujan Pambuccian: Interpretability in Romania? You are tilting at windmills!

Maybe the only active Romanian politician with real expertise in IT, deputy Varujan Pambuccian, makes a shocking statement about the communication between IT systems: „Technically, this is commonplace. In fact, we are 15 years away from the moment when it became commonplace to have two systems communicate data with each other. Also, it is not that expensive.”

In these circumstances, why does not this happen? Basically, it seems to be about two obstacles.

„I have realized that it is impossible to do that in Romania. My last attempt was during the Boc government when I wrote a law that described how to do that. Emil Boc was enthusiastic, but did nothing. Since then, I do not want to bother with it.

First, people cannot reach an agreement on who to be the owner of the data. They do not understand why they must give their data to others and want to keep them for themselves.

Even if people understand this aspect, we know how it is: ministers come and go, but there is an area within ministries that no one ever touched in the last 20 years, which actually controls Romania and opposes the change, „says Varujan Pambuccian.

Why would this „area” oppose change? „When I wrote that law, I also made a calculation, an impact study, which revealed that we will need about 20% of people working in administration,” explains deputy Pambuccian.

Florin Ilia: Not IT is the hard part, but the decision 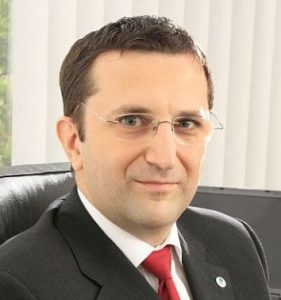 Florin Ilia, General Manager, Siveco confirms that, technically, any systems can communicate with each other, even if they are different.

„Let me give you an example: If you go with the child to the doctor, you need a certificate showing that he is a pupil. Why should I seek the certificate when the Ministry of Education database can immediately communicate the information to the health system? This situation can be solved in 2 working days. I know that for sure, as we have worked on both systems. The problem is that nobody asked for that. „says Florin Ilia.

To a company that has worked to develop both systems, to make them communicate to each other seems easy. What does it happen to systems developed by different companies?

Florin Ilia’s answer: „That can be done, it only needs for someone to care about it. I firmly believe that, within 6 months, we can solve about 60% of the problems that upset the citizen. IT is not the hard part. You just need two specialists on the same table and they find the formula. The hard part is the decision, that is the important thing. ”

Siveco’s director also ensures that neither the costs of the operations are a problem. „It would cost a fraction of what has been invested,” says Florin Ilia.

However, why were not the systems designed from the start to communicate with each other?

Interaction between state and citizens – how Moldova solved this matter

A fact: in terms of the degree of state owned databases interoperability, Moldova is considerably far ahead Romania.

How did this state succeed, given that seven years ago it was the least developed country in the region in terms of IT and today relies on the loans obtained from Romania? The CEO of SIVECO Florin Ilia explains:

„They benefited from the American support, but they were told: we give you the money provided that you have a group of specialists who remain to work on this project regardless of the ruling regime. Moldovans agreed and formed the group of experts whom Americans have trained and counselled. Everything was done with an investment of $ 1 million and their system is better than the one from Romania.”