Commissioner Corina Cretu: There is a risk that Magurele Laser will not be completed during this budget implementation 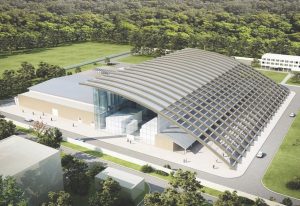 In the absence of a rapid response from the Romanian Government to the European Commission, there is a risk that Magurele Laser can no longer be completed during the current budget implementation, which will generate significant financial losses and affect the credibility of the whole investment.

This is the warning launched by the European Commissioner for Regional Development, Corina Cretu, who is worried that the Bucharest Government is late to announce the compliance with the obligations assumed by the Romanian party in January, in the mediation organized to solve the conflict that blocked the project’s completion.

On the other hand, the project from Romania is part of a pan-European infrastructure, in which the Czech Republic and Hungary also participate.

Any delay in operating the installations prepared for Magurele Institute will also have an effect on the activities of the other two states.

Extreme Light Infrastructure – Nuclear Physics (ELI-NP) project from Magurele is the most important European investment in research in Romania (worth more than EUR 300 million).

The second phase has stopped after the contract with the European consortium EuroGammaS (EGS) signed for the provision of the gamma beam system has been terminated in November.

EuroGammaS refused to deliver the equipment because the building where it should be installed has several problems that endanger its operation, according to Recorder.ro.

The EU government held a meeting in Brussels in January with both parties involved in the conflict and several solutions have been agreed:

Romanian Minister of Research (Mr. Hurduc), the Deputy Minister responsible for Education, Universities and Research in Italy (Mr. Fioramonti), the Secretary General of the Ministry of Research and Innovation in France (Mr. Larouturou) and some representatives of the Swedish government attended the discussions, according to a press release issued Thursday by the European Commissioner for Regional Policy.

“Together with Commissioner Moedas, I sent a letter to the Romanian Prime Minister, Mrs Viorica Dancila, and to all the other parties involved and invited them to comply with the commitments made during the January meeting in Brussels.

Commission’s services DG REGIO and the Research Directorate (RTD) together with EIB experts have drafted and submitted a technical note to the Romanian authorities, precisely to support them for examining the legal and technical aspects of the project in order to continue it.

At present, from what I know, Romanian authorities evaluate these legal and technical options available, but no official response has been sent.

I have to recall that, from the European Commission’s perspective, the only common basis for finding a solution that would allow the project to be completed is given by the joint conclusions of the January meeting in Brussels, as well as the commitments made at that time.

In the absence of a rapid response from the Romanian Government to the European Commission, there is a risk that this project cannot be completed during the current budget implementation (2014-2020), which will generate significant financial losses and also affect the credibility of the whole investment.”