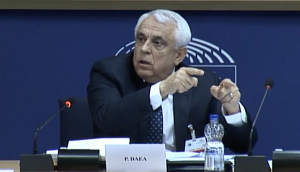 The „European Funds Champion” failed in tricking the European Commission

It is about some financial corrections applied by Brussels because APIA, which reports to the Ministry of Agriculture, has not updated for years the software for statements (ICAS) based on which payments are made to farmers and this way failed to comply with the European standards.

Otherwise, following an audit, the European Commission sent on August 24, 2017, a formal letter to APIA which asked for the application of the rules on financial discipline in line with the provisions of European regulations and requested for the Romanian institution to make the necessary corrections in the expenditure statements.

Important: cursdeguvernare.ro wrote exactly on this issue a year ago, when things could still be saved.

It should be noted that with this appeal Romania could have postponed, possibly obtained a reduction of due payments, and could not have in any way obtained the exemption from the reimbursement of the European money spent without complying with the procedures decided in Brussels.

The deadline by which the Government of Romania, through the government agent, could have challenged the Commission’s decision was August 24, 2018, but that appeal was filed on September 7, 2018, HotNews reports.

The governmental agent in charge of filing the appeal is Radu Cantar, Under-Secretary of State in the Foreign Affairs Ministry.

The European Court of Justice analysed the case on April 30, 2019, and dismissed the appeal as inadmissible, forcing Romania to repay the money illegally spent and cover both its own costs of litigation and those incurred for the European Commission.

Why the money is being reimbursed plus extra effects

The Ministry of Finance is now forced to reimburse the amount of EUR 80 million to the Commission.

In addition, the Ministry of Finance should also revise „the financial engineering” designed and implemented in 2016 when, for the first time, European funds for agriculture – in principle „subsidies” – were still reflected in the 2017 State Budget both in budget revenues and expenditure sections.

The measure allowed the artificial increase in the absorption rate of the European funds in 2017 and 2018.