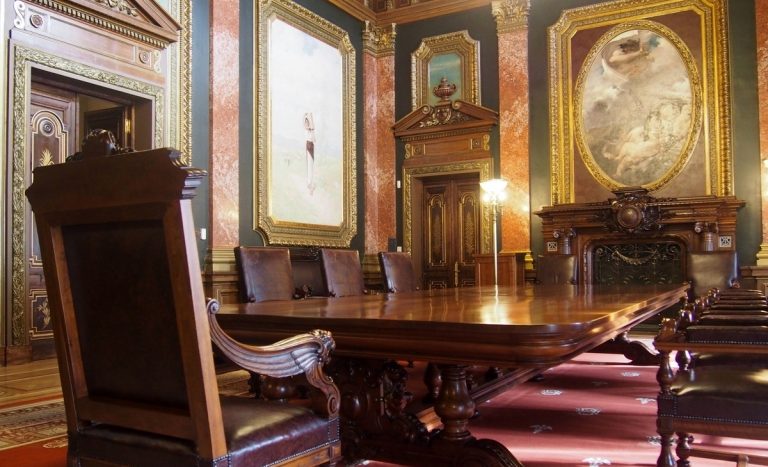 Before deciding to protect the stability of interest rates more than the stability of the exchange rate and to signal, though, a future increase in the reference interest rate of the National Bank of Romania (BNR), its administrators debated, in the meeting on November 7, the dangers of the evolution of country’s finances.

Here are the main concerns of BNR, expressed in the minutes of the board meeting debates, published on Tuesday afternoon.

The annual inflation rate jumped to 1.77% in September from 1.15% in August, „rebounding more than expected within the variation range of the stationary target. (…) The increase in the annual inflation rate was at a faster pace than predicted. (…) In the absence of all the changes in indirect taxes, excise duties and non-tax charges, it would have been placed in September at 2.6%, marginally above the central point of the stationary target.”

The increase in inflation reflects “though, as a whole, the accumulation of inflationary pressures on the fundamental factors, against the background of the continuing surge above expectations in the aggregate demand surplus in the second quarter, and possibly in the third quarter, and the increase in the dynamics of the unit labour costs.”

After it will increase to 2.7% at the end of the current year, compared to 1.9% in the previous projection, „the annual inflation rate is expected to bound and maintain above the upper limit of the stationary target variation range until the third quarter of 2018, to recover afterwards and maintain within the upper half of this range, at 3.2% in December 2018, the same level as previously anticipated, and at 3.1% at the end of the projection horizon, below the 3.5% level indicated in the previous forecast,” says the BNR’s document.

However, private consumption „strengthened its majority contribution to the annual GDP growth as well as the gross fixed capital formation, while net exports acted in the opposite direction, and its contribution was again negative.”

„The economic expansion in the second semester will probably exceed, in terms of annual growth rate, the rhythm in the first half of the year, as well as the one previously projected and an acceleration of this expansion is anticipated in Q3, followed by a slight slowdown in Q4, which is likely to lead to a relatively higher increase in the aggregate demand surplus.”

„Net exports are expected to increase their negative contribution to the GDP growth, as the unfavourable gap between the annual change in imports of goods and services and exports continued to increase in July-August, which caused a further widening of the trade deficit and the current account deficit, with effects on the exchange rate of the Romanian leu.”

The dynamics of the projected growth will remain above the potential GDP growth in 2018. „It has been shown that this outlook is supported by the likelihood of a prolonging expansionary trend in the fiscal policy and revenue policy until 2018, but in a gradual attenuation compared to 2016; it also implies the gradual decline in loosening the monetary conditions compared to 2017, but also the improvement in the European funds absorption and a relatively more robust economic expansion in the Eurozone/EU and at the global level, in the short term,” says the BNR’s minutes.

Household consumption will “probably further increase its contribution to the economic growth in the 2017-2018 interval, while the role of the gross fixed capital formation may remain modest but in a relative increase to the previous assessment. „Some board members have reiterated their concern about this growth pattern and argued for the need for an investment recovery.”

The number of employees in the economy reached a record high in August for the fourth consecutive month. It was noted, „also, the downward trend in strengthening its annual dynamics, indicating a potential contracting of the room for further growth in the employment rate and, respectively, an increasing difficulty in the recruitment process at the level of companies„.

The unemployment rate of only 5%, „the relative increase in the employment intentions in the last months of this year, but also the increasing difficulties in attracting a skilled workforce, revealed by specialized surveys, indicate the continuation of the tensioning trend in the labour market”.

It is necessary to „solve the structural problems of the market„, of which the high rate of inactivity in Romania, as well as the very low share of inactive people who state their intention to work are relevant, which „reflects not only the perception of the high cost of opportunity attached to the step of renouncing the social assistance in exchange for employment, but also the limited access to the transport network and sources of information, as well as the overall poor level of expertise or the skills that are inadequate to the current requirements.”

„These characteristics of an important part of the workforce suggest impediments for increasing the potential economic growth, although the rate of participation in the labour market is relatively low,” said the BNR’s document.

The increase of the average interest rate in September for new loans fixed and short-term deposits is „less accommodative also in October, given the significant increase and strengthening of the relevant money market rates above the monetary policy rate – the highest in the region but also in the EU – as well as the marginal appreciation of the Romanian Leu against the euro.”

It has been noticed “the persistence of the net deficit of liquidity in the banking system; the central bank continued to provide liquidity through some repo operations”.

In this context, „some board members also signalled the risk that the inflationary push from the beginning of next year, potentially amplified and prolonged by the direct and indirect effects of potential wider shocks on the demand side and/or by the evolution of the exchange rate, to affect, against the background of the aggregate demand surplus, the inflationary expectations in the midterm, implicitly the evolution of inflation over a longer horizon”.

It has been invoked „the risk of an increase beyond expectations of the pro-cyclicality degree in the fiscal and income policy in 2018 or the risk of accentuating the under-optimal character of the budget expenditure structure in the hypothesis that the budget deficit would still be limited to 3% of GDP, but in the context of a continued decline in investment spending, with adverse effects on the potential of mid-term economic growth as well as on the current account deficit.”

There have been identified potential contractionary effects on the economy – mainly through the influence on the costs and confidence of the business environment, as well as the dynamics of the real disposable income of the population – caused by the new package of fiscal and salary measures and the possible additional corrective measures approved in the context of drafting the 2018 budget.

It has also been pointed out the risk of maintaining the anaemic character of the absorption of the EU funds related to the 2014-2020 financial framework.

„Several board members have stressed in this context the need for a balanced mix of macroeconomic policies to protect the macroeconomic stability. A balanced mix is also necessary from the perspective of avoiding an overburden on the monetary policy to prevent unwanted effects in the economy, including a possible slowdown, even a reversal in the de-euroization process,” the BNR document also mentions.

The BNR board decided by a majority vote – 8 votes in favour, 1 vote against – to narrow the symmetrical corridor formed by the interest rates of the standing facilities around the monetary policy rate to ± 1 percentage point from ± 1.25 percentage points and, unanimously, for a firm liquidity management in the banking system.

The BNR board also decided by a majority vote – 8 votes in favour and 1 vote against – to maintain the monetary policy rate at 1.75% and, unanimously, to keep the current levels of reserve ratios applicable to both RON and foreign currency liabilities of the credit institutions.