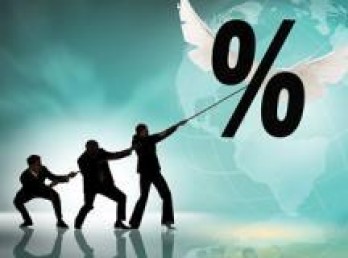 The fear of future interest rate increases makes most entrepreneurs wish to reduce their indebtedness, according to the survey of the National Bank of Romania (BNR) on the access to financing.

The proportion of entrepreneurs who want to reduce the debt rate of their companies has risen both for loans in lei, to 62% of the total (from 59% in the spring) and in euro, to 66% (65%).

The corporate reaction comes in the context of an already low rate of financing by loans, despite the increase in the volume of loans in recent times, and of an appetite of companies for loans that did not increase during the period when interest rates were low.

„Most of the companies surveyed consider they do not need financing from banks or other non-banking financial institutions (63%, similar to the previous survey),” says BNR’s summary of the survey results.

The BNR survey included September when the average rates (ROBOR) of the interbank interest exploded. In the meantime, ROBOR rates have declined considerably only for the immediate maturities, in the last two weeks: from 2.16% to 1.27% for one day, but appear to have been capped temporarily, at high levels for maturities longer than one month. 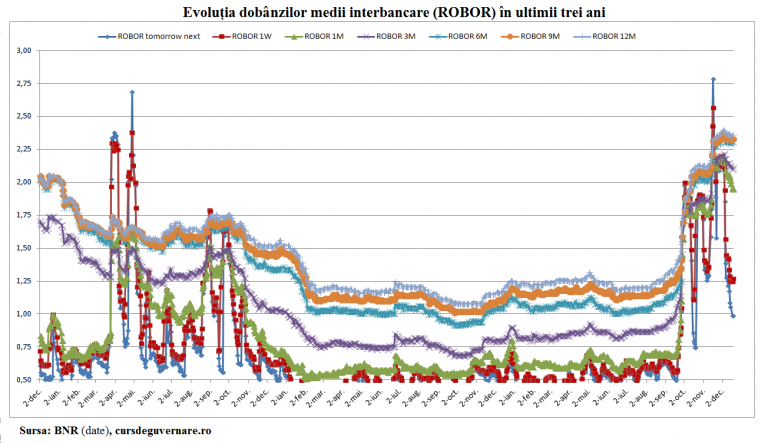 Banks are to recalibrate their lending strategies as of January when the effect of the increase in the interest rates will be fully seen in the market.

Entrepreneurs believe that their firms could no longer withstand an increase in the interest rates by more than 3 percentage points.

„The capacity of companies to cope with unfavourable developments in interest rates is low and an increase of up to 3 percentage points in the interest rate on both RON and EUR loans would significantly affect the company’s activity and/or the capacity to repay the loan in the case of over half of the respondent companies,” says the summary of the BNR survey.

More precisely, for 37% of the firms that declared they need financing, 2% is the maximum interest rate at which they would be willing to borrow lei, while 29% of them would accept a loan in lei at an interest rate of maximum 4%.

Only 12% of companies would accept a loan with an interest rate between 2 percent and 4 percent.

The average interest rate for loans in RON stood at 3.9% in September 2017.

The maximum acceptable interest rate for loans in euro is 1.5% for 41% of the firms that need financing, while another 21% would accept a maximum interest rate of 1.5% to 3%.

Only 9% of companies claim to be willing to contract a loan with a maximum interest rate between 1.5% and 3%. The average interest rate for loans in euro was 2.4% in September 2017.

In September 2017, loans in lei contracted by 40% of the companies had an average interest rate of 3 – 5%. Companies that have accessed euro-denominated loans are mostly financed at an interest rate between 2% and 4%.

However, entrepreneurs’ low appetite for lending does not make the surge in interest rates change the hierarchy of the most pressing problems faced by firms. Similar to the previous period remain the following: high level of taxation, the unpredictability of the tax environment and competition.

„The access to financing ranks second to last by the magnitude at which the firms see it as a pressing issue.

„As compared to the previous survey (March 2017), notable changes are in terms of the increase in production costs and the availability of skilled workforce and the decline in the lack of demand”, says the summary of the BNR survey.

Only 14% of the companies have estimated that the access to financing is an issue with a high impact on the firm’s activity (a marginal increase compared to the previous semester when this aspect was mentioned by 13% of companies).

„Firms with bad loans feel the problems more acutely than firms with performing loans. A significant gap is noted in the access to financing topic (40% vs. 14%) and the own insolvency or trading partners’ insolvency (32% versus 13%).

The sample used in the survey comprises about 11,000 non-financial companies, is representative at national and regional level and the selection of surveyed companies is made by specific statistical procedures in compliance with criteria regarding (i) company size category (micro-enterprises, small enterprises, mid-sized enterprises and corporations); (ii) field of activity (according to CAEN Rev. 2) and (iii) development regions, according to BNR.