The implementation of the consolidated budget in the first five months of 2020 registered a deficit of RON 38.8 billion (3.59% of GDP), of which… END_OF_DOCUMENT_TOKEN_TO_BE_REPLACED

Romania remains the weakest innovator in the EU, with a score in last year’s indicator ranking at only 31.6% of the EU’s average performance, according… END_OF_DOCUMENT_TOKEN_TO_BE_REPLACED

According to March 2020 data, the EC Convergence Report for Romania points out that the long-term interest rate for convergence purposes was 1.5 percentage points… END_OF_DOCUMENT_TOKEN_TO_BE_REPLACED

The European Commission is doubling its efforts to show that Europe has learned the lessons of the past and will avoid now, after the “Great… END_OF_DOCUMENT_TOKEN_TO_BE_REPLACED

Rating agency Standard & Poor’s has confirmed the ratings for Romania at ‘BBB minus / A-3’ and maintained the negative outlook. This rating maintains Romania… END_OF_DOCUMENT_TOKEN_TO_BE_REPLACED

Beware of foreign debt! Romania will pay over RON 10 billion in 2018 only for interest and related fees 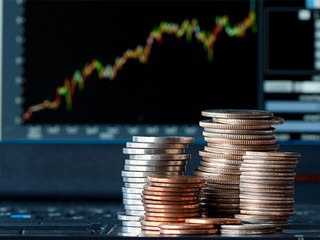 Romania will pay more than RON 10 billion in 2018 only for interest and fees on foreign debt, according to the Ministry of Finance’s forecast of the government public debt service.

The situation was valid before the last month of 2017, but in the meantime, the obligations could have been increased based on other amounts borrowed.

In relation to the GDP value of RON 924 billion, advanced by the National Prognosis Commission for the current year, it means that we will pay at least 1.17% of GDP as a result of a debt accumulated by the Romanian state, worth about 38% GDP.

In other words, we should pay a “fee” of 3% only to maintain the public debt at the same level.

At the same time, we will have to “roll over” (read getting funding to replace the amounts outstanding in 2018, which we do not even intend to, and cannot pay from a budget with revenues of RON 287.5 billion) debts of over RON 42 billion.

And so, if we calculate by relating to budget revenues, just for interest and fees, almost four percent of the money collected from taxpayers will be paid for some money borrowed in the past and used a long time ago. Plus, the short-term obligations that have been undertaken for what we contracted since December 2017.

While the amounts attracted from the domestic market remain somewhere below the threshold of RON 50 billion, the amount planned to be raised from the foreign market is about EUR 5 billion. Convertible to the domestic currency later, when the maturity of the payment in Romanian lei is reached, at the exchange rate at that time. It is interesting that the debt service forecast has been made at an average exchange rate of only 4.59 lei/euro for 2018, down to 4.58 lei/euro in 2019 and estimated (quite optimistically, if we look at the foreign exchange market now) at only 4.54 lei/euro for the interval 2021 – 2024.

Why is that interval interesting? Because for the mid and long-term euro-denominated debt, the reimbursement will be made by collecting taxes in lei at an exchange rate valid after years, when the time comes to give the money back or to borrow new amounts in euro, to reimburse it.

It should be also noticed that the space for contracting new amounts due in 2019 is quite over if we compare to 2018. That is, we should be careful about the objectives for which we get new loans and the potential spike of indebtedness to the threshold of 40% of GDP if the expected GDP does not materialize.

Which raises some questions. 6.1% real GDP growth, which became 5.5% but 0.2% would have been gone (according to the CNP) only from the mandatory first increase in the monetary policy rate, which remained far behind the level reached by inflation. Let’s not continue to reassess the economic growth on the system of the four apostles who were eventually three, Luke and Matthew (God forbid to be some global recession) and possibly just one of them.

We should be careful, even in the short term, about the evolution of the exchange rate. The amount of RON 924.2 billion representing the 2018 GDP, even accurately obtained, means EUR 201.3 billion at the forecasted exchange rate of 4.59 lei/euro, but it means only EUR 198.7 billion at the present value of 4.65 lei/euro where the foreign exchange market seems to have settled now.

The official average exchange rate announced was 4.6500 lei/euro for January and 4.6555 lei/euro for February. The average of 4.59 lei/euro for 2018, based on an equation of a middle school level, requires for an average of 4.5774 lei/euro in the remaining ten months until the end of the current year.

We are already, with an already weak target set at -2.97% of a GDP (questionable and placed at the denominator of the fraction) for the budget deficit. Therefore, any additional payment obligations can push us beyond the threshold of 3% of the alleged GDP to be achieved.

Therefore, it is pointless that we are far from the Maastricht unitary level set at 60% of GDP in terms of foreign debt, as we don’t have also the capacity to easily manage at least a level of 40%.

Nuclearelectrica's Board of Directors has been mandated to initiate proceedings to terminate negotiations with China General Nuclear Power Group (CGN), as well as legal effects… END_OF_DOCUMENT_TOKEN_TO_BE_REPLACED

Romania imported an amount of electricity of almost 796 GWh in the first month of this year, by more than 36% above what it exported… END_OF_DOCUMENT_TOKEN_TO_BE_REPLACED

GFG Alliance has committed to invest one billion euros to upgrade Galati steel plant in order to reduce emissions and increase production. Another EUR 1… END_OF_DOCUMENT_TOKEN_TO_BE_REPLACED

The Transport Ministry, as the Intermediate Body in Transport, approved the financing request for the project "Construction of Sibiu - Pitesti highway", Sections 1, 4… END_OF_DOCUMENT_TOKEN_TO_BE_REPLACED

Lack of trust in authorities, corruption and low living standards are the main reasons why young people leave Romania. The data is part of a… END_OF_DOCUMENT_TOKEN_TO_BE_REPLACED

Romania is the EU country with the fewest cars in terms of the number of inhabitants, according to data recently published by Eurostat. We appear… END_OF_DOCUMENT_TOKEN_TO_BE_REPLACED

The Government is preparing the public for the first measures aimed at avoiding the budget slippage, which would be applied by the PSD-ALDE government. News… END_OF_DOCUMENT_TOKEN_TO_BE_REPLACED

French Prosecutor Jean-Francois Bohnert will be appointed as head of the European Financial Prosecutor's Office, a position for which he was heard on Thursday, 11… END_OF_DOCUMENT_TOKEN_TO_BE_REPLACED

Romania recorded the highest road deaths in the EU also last year, with 96 deaths per one million inhabitants in 2018, almost double the EU… END_OF_DOCUMENT_TOKEN_TO_BE_REPLACED

Sorina Pintea announced on Thursday further new changes that will be brought to the functioning of the health care system, including new rules for employment… END_OF_DOCUMENT_TOKEN_TO_BE_REPLACED

The new order on approval and selection procedures for insolvency practitioners is an important step to a very good direction, industry experts say. ANAF is… END_OF_DOCUMENT_TOKEN_TO_BE_REPLACED

Romania lost to Estonia in the final vote to get the non-permanent member position within the UN Security Council for the period 2020-2021. On Friday,… END_OF_DOCUMENT_TOKEN_TO_BE_REPLACED

eMAG hopes to get the opinion of the Hungarian Competition Council over the next two months for the acquisition of Extreme Digital, the market leader… END_OF_DOCUMENT_TOKEN_TO_BE_REPLACED