Alin Teodorescu, former PSD deputy: It is known who steals. 1% of budget is drained through 350 companies 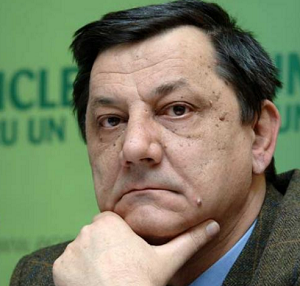 Sociologist Alin Teodorescu told at the „In front of you” TV show at Digi24 that the explanation for the large fortunes of some politicians lies in the law on non-personal bearer shares.

The former PSD deputy also said that Teldrum, about which the press wrote that belongs to Liviu Dragnea is among these companies.

„It was known who steals,” he added.

„Politicians participated in the management of public funds. In Romania, over the past 30 years, there were nearly 1,000 billion euros. If 3% of the amount was stolen but according to the first SRI report in 1997, the stolen part was 30%, but let’s say that they stole 3, that means EUR 30 billion for 500-600 people who were at the helm,” Alin Teodorescu said.

Asked how politicians could hide this money, he explained that there is a „row” in law 15 and law 30 of 1990, which allows the holding of non-personal bearer shares.

„It is a copy of a law from the inter-war period that can be rapidly changed, there are 350 firms holding bearer shares, including Teldrum that has no connection with Dragnea. If this law changes, these companies will have to disclose their owners. There are 350 companies in the country in this situation. Based on some estimates, about 1% of the annual budget is drained through them,” said Alin Teodorescu.

The sociologist explained that if these laws from 1990 were amended, either by a governmental or a parliamentary initiative, then the owners of these 350 companies that use approximately 1% of Romania’s budget every year should declare the ownership and then they could be known.

Asked from where he has the data, the sociologist replied that they are public, available at the Trade Register and the Ministry of Finance.

„There are certain groups that make studies. You will see that the owners of Teldrum are in Brazil, Madagascar, Cyprus and probably Indonesia, I do not know, I just improvise but they are offshore companies. Look how many offshore entities win large auctions via SEAP,” Alin Teodorescu stated.

Asked if there was any attempt to modify this law, former adviser of Adrian Nastase said yes: „There was an attempt in 2004 to amend the law and eliminate the system by which owners only declare their ownership when they appear at the general shareholders’ assembly.”

To the question about who tried that, the sociologist replied that „the there was an attempt in the Government, but we have no evidence, so we do not talk about it.”

Alin Teodorescu told about a moment in a meeting of the Social Democrats in 2005.

„I am telling you something I do not think I ever said, and I am probably going to regret that. At a party meeting in 2005 where different forms of the new statute were discussed, we are talking about a time in April, when the famous congress where Iliescu lost to Geoana, and Nastase was reconfirmed as the party’s executive president. Many others did not qualify for a vice-president position because people in the room had their own judgment that was not related to what we were told in the central structure. I was looking at a presidium and of seven people who were there – it was not the presidium of the congress, it was the presidium of some meetings for discussing party transformation, reform projects – I counted that four out of seven have criminal charges. One of the people in the presidium was naive, totally naive and confident in the honest nature of people and other two were fed up with what they were seeing. The two who were fed up withdrew, the naive went to work in the private sector. The other four have been convicted and three of them already judged completed the procedure,” sociologist Alin Teodorescu said.