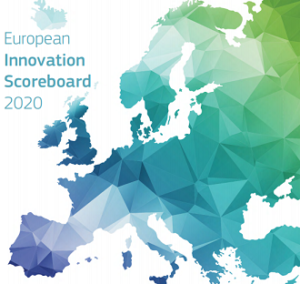 Romania remains the weakest innovator in the EU, with a score in last year’s indicator ranking at only 31.6% of the EU’s average performance, according to 2020 Innovation Scoreboard. Our country is the only Member State with a gap of over 60% compared to the EU average.

In the previous ranking, Romania had an innovation index of 31.4%, which shows that it will take many years for our country to progress in recovering the gap and reaching the level of important innovators in the former communist bloc.

Romania is accompanied in the group of modest innovators (with an index of less than 50) only by Bulgaria, but far from this country which recorded 45.4% of the EU average performance: 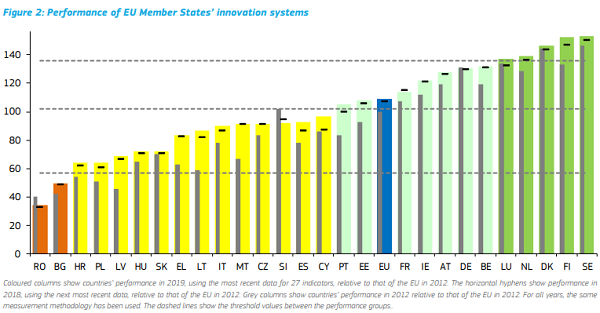 In fact, between 2012 and 2019, 24 Member States improved their performance and in only three cases did the gaps increased. The third state is Germany, a strong innovator, whose performance compared to the EU average fell by 0.4 percentage points.

The main problems of innovation in Romania: human resources and research investments of private companies

Romania’s big handicaps are human resources, companies’ investments in research and development, indicators where Romania is far behind the states from the penultimate position: 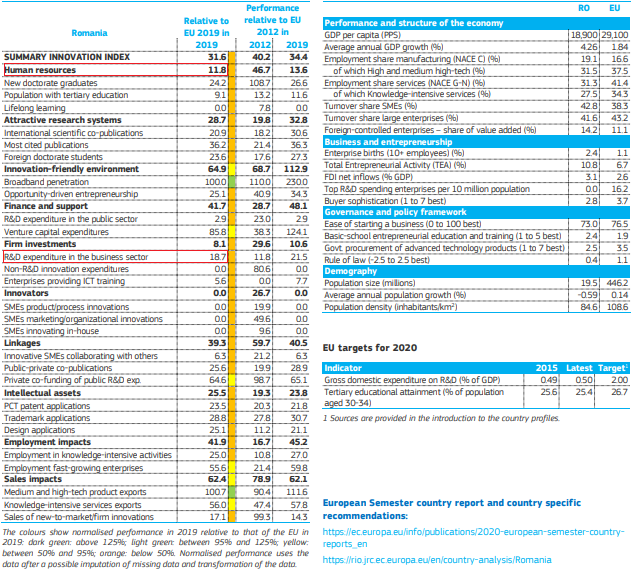 The other three indicators with a 0 performance:

National data show even more worrying in terms of the deterioration of sub-indicators:

Europe – before the USA, but after Japan, South Korea and Australia 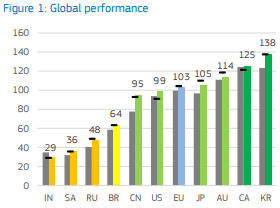 At the global level, for the second year in a row, Europe’s innovation capacity exceeds the United States, but it is losing ground to South Korea, Australia and Japan. China is catching up quickly and will soon surpass the US.

Sweden continues to be the EU’s innovation leader in 2020, followed by Finland, Denmark and the Netherlands.