14 brave Franco-Germans relaunch the stake of the moment: six radical proposals for reforming Eurozone. „RON Romania” can meditate on solution 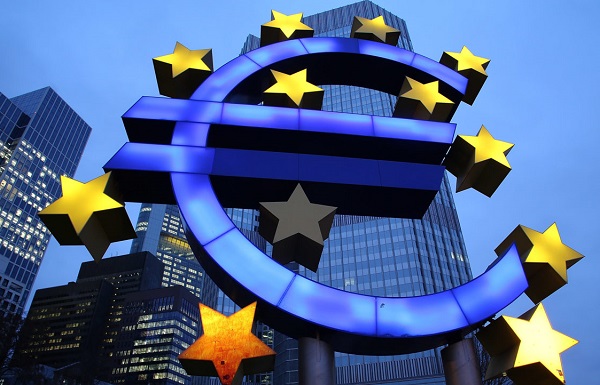 Given that the talks on the Eurozone reform held by the governments of France and Germany seem to get to no result, a possible solution arises from the academic environment of the two states:

14 prestigious French and German economists released on Wednesday a detailed plan on how the monetary union can improve its resilience to shocks and become a better guarantor of the long-term prosperity.

The fourteen influential economists (the same who published in September 2017 in Le Monde and Frankfurter Allgemeine Zeitung an appeal to the governments of France and Germany asking for „courage” in reforming the monetary union) are now taking a step further and detailing on what they believe that should be done in this regard – and the sooner, the better.

The document ( LINK —– ) was sent to cursdeguvernare.ro by the Ifo Institute – Leibniz Institute for Research in Economics of the Munich University.

The basis for the plan outlined by the group of experts – drafted in the form of a public policy proposal, and this time published simultaneously in Paris and Berlin – is that France and Germany, even if separated by different views on the role of the monetary union generated by cultural and historical differences, are right in their own way.

But both positions must gain credibility and cease to appeal to rules that are so strict that they cannot be applied or to government promises that cannot be fulfilled.

Moreover, economists say there is no time to lose, because no one can predict when the next financial crisis will hit, and even if the economy seems to be back on track, the Eurozone is still vulnerable.

The analysis released by the 14 economists provides serious arguments to change the framework for the public debates on the Eurozone reform, a framework imposed by both France and Germany.

It is about the insistence with which President Macron pleads for the appointment of a finance minister for the Eurozone, to manage a common budget and for Germany’s desire to turn the European Stability Mechanism (ESM) into an independent mechanism called the European Monetary Fund.

One of the signatories of the study, assumed by all 14 economists, is  Agnès Bénassy-Quéré, who states that neither of the two proposals „ask the crucial questions” for the functioning of the monetary union.

In contrast, the 14 suggest six major economic reforms, which they claim need to be adopted simultaneously and without any delay.

The system of discouraging deficits in a simple, effective and real manner and how populist spending can be discouraged

1-. First, the document states, the residual deficiencies of the banking system must be addressed.

This would mean limiting the sovereign debt of their own countries that banks can keep in their balances, diminishing the stock of bad loans and supplementing the deposit guarantee scheme, which would help avoid potential banking slippages in times of crisis.

2-. Second, EU rules on the deficit need to be reformed, to become simpler and more credible. „I am not able to explain the current system to my students,” writes Philippe Martin, professor of economics at Sciences Po, and one of the authors of the analysis. He mentions that the current system of fines and penalties imposed to states that violate the Stability and Growth Pact „is not credible because it is never applied”.

Instead of considering budget deficits, the authors propose for governments to be limited by an expenses threshold, so that the government spending growth rate can be, at the most, equal to or even lower than the GDP growth, in the case of over-indebted states.

These restrictions could be controlled by independent bodies and penalties could consist of issuing the so-called „junior debt”, meaning higher interest rates that would automatically be restructured if that state would need later assistance from ESM.

3-. Third, perhaps the most controversial proposal, a clear legal debt restructuring mechanism for insolvent countries should be implemented, to avoid improvisations and the waste of time that marked the economic drama of Greece after 2010.

The following three reform proposals advanced by the Franco-German group refer to:

The report will certainly have an impact within the French and German governments, primarily due to the level of the signatories, including Jean Pisani-Ferry, the main architect of Macron’s presidential platform, Clemens Fuest, the head of the Ifo Institute, and Beatrice Weder di Mauro, a professor at the University of Mainz and former member of the German Council of Economic Experts.

The report of the 14 experts appears at a time when talks on the Eurozone reform seem to have stalled, the momentum reached after President Emmanuel Macron’s speech in September 2017 being wasted by the complicated negotiations to form the new German government.