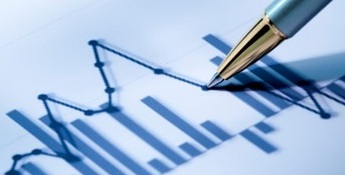 The National Prognosis Commission (CNP) has an optimistic view of the 2018 economic indicators, while major players in the banking field are much more cautious and sometimes have more severe outlooks because of the pressure of the interest rates and the depreciation of the national currency.

The major difference between the two perspectives is that while banks finance both the economy and the budget deficit, CNP provides the arguments on which the Government has built the state budget and about which the financiers of the economy raise some questions.

The National Prognosis Commission estimates an economic growth of 5.5% for 2018.

The average exchange rate would decrease to 4.55 lei/euro (compared to 4.56 lei/euro estimated for 2017), according to the optimistic forecast of the CNP.

Unemployment rate may be 3.9% in 2018, according to the state’s official forecast.

The pace of the economic growth is set to decline to 4% in 2018, according to banks’ estimates. Even though GDP in nominal terms is comparable to the value calculated by CNP, the basis of the 2018 data is different.

In turn, Banca Transilvania also forecasts an economic growth of 4.1% in its macroeconomic scenario for 2018, and ING Bank Romania expects 4.7% but after a GDP growth of 7.2% in 2017.

The European Commission estimated a 4.4% GDP growth, the same as the International Monetary Fund.

The World Bank estimates an increase of 4.1% in 2018, while the European Bank for Reconstruction and Development forecasted a GDP growth of 4.2%.

While estimates on inflation are comparable to those of the CNP, banks’ differences are substantial in the case of the average exchange rate.

Banca Transilvania, known for more balanced forecasts, sees the average exchange rate in 2018 at 4.66 lei / euro, or 11 bani higher than the CNP estimate.

In fact, banks have different estimates than the CNP also for the foreign trade.

The pressure on the exchange rate will be accompanied by the pressure on interest rates and banking analysts expect that the National Bank of Romania will apply several increases in the policy rate due to the inflationary pressures related to the wage increases.

BCR-Erste expects the National Bank of Romania to increase its monetary policy interest rate four times, up to 2.75% at the end of 2018 due to the inflationary pressure caused not only by the base effect but also the household consumption.