Two millstones around Romanian companies’ legs: Transfer pricing files for small firms and absence of a law on holdings 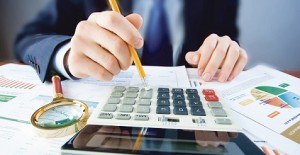 Romanian Local Investors Employers (PIAROM) urges the Government to adopt a set of measures to avoid the millstones around the domestic capital’s feet.

The request expressed by investors mainly refers to the requirement for the small affiliated companies to prepare transfer pricing files, in the context that there is no law on holdings.

Among the concrete measures that PIAROM „imperatively” requested on Monday, in a press conference, are:

At the end of 2016, the National Agency for Tax Administration redefined the criteria for including taxpayers in the „large” and „medium” categories, „to be in line with the current economic and financial trends”, as officially motivated.

According to the specific criteria, all companies directly affiliated to a large taxpayer will be included in the „large taxpayers” category, regardless of whether they are micro, small or medium-sized enterprises.

Under these requirements, as of 2017, all companies will have the status of large taxpayers, as the „parent company”, and will be required to prepare a transfer pricing file from 2018 onwards.

The transfer pricing file is prepared by specialized firms, and the cost of such a file ranges from several thousand euros to several hundred thousand euros, in the case of very large companies with complex activities.

But the amounts of thousands of euros are prohibitive to small or micro businesses.

Under these circumstances, PIAROM calls for this requirement to be maintained only for the „parent company”, which obviously is the strongest entity and can afford these costs.

Preparing transfer pricing files is particularly effective for the multinational companies – where the pricing element from the files has the purpose of attenuating the mechanisms by which capital can be abusively exported before being taxed.

The idea of imposing the transfer price file also for the local companies that have local affiliates and are not related to foreign shareholders has been advocated in 2015 by former ANAF President Gelu Stefan Diaconu.

At the time, voices from the tax advisory industry, who asked for the anonymity, unanimously agreed that bringing small and very small companies under this order is pointless for the tax authority and only a source of business for the consultancies providing transfer pricing services.

An old problem for investors that are subject to transfer pricing file: there is no law on holdings

The European economic culture reveals that the existence and proliferation of holdings is essentially a source of added value and competitive strength, especially in the emerging markets, where collaboration and free transfer of knowledge and know-how consolidates the competitive positions of the large groups of companies and provides them with the sources of competitive advantage needed to approach the international markets.

Along with other business organizations, PIAROM draws the political and economic decision makers’ attention to the fact that delaying the adoption of concrete measures to regulate the system of holdings in Romania only widens the competitive gap between the other European states and our country.

A draft law on holdings was launched to public debate in 2015, but the initiative has not been enacted yet.

PIAROM understands that the lack of a transparent, coherent legal framework, aligned with the European trends in the field, as well as the tax barriers, are the main causes why resident companies do not opt for the inclusion in holdings and for strengthening their activities.

Groups of companies, a comparative viewpoint: more than 92% are multinationals

According to the most recent data available at the National Institute of Statistics, 68,194 groups of enterprises have been identified in 2015, of which 92.58% were multinational groups, more than 99.7% being controlled by entities established outside of Romania.

The dynamics of the groups of companies in Romania had the following evolution over the last five years: 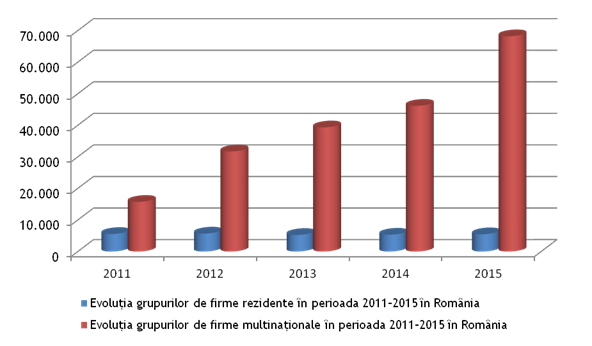 Local or locally controlled groups of companies: 20 times lower percentage than in Slovenia

For the first indicator, the significant gap is presented in the chart below: 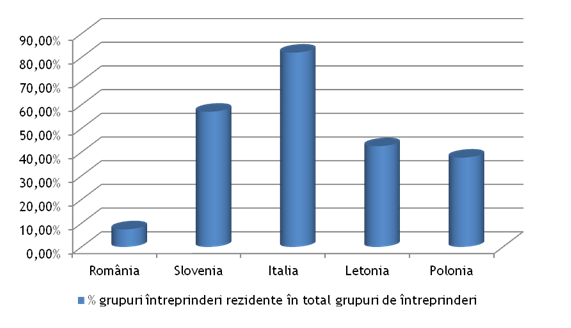