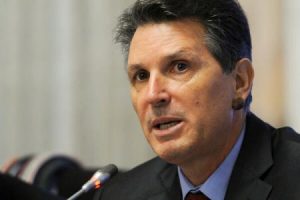 OPCOM will have a monopoly on the operation of centralized natural gas markets, and producers will be required to trade, as of January 1, 2018, 70% of the production, a percentage increased annually by the Government „up to the 100% quota”, decided the Committee for Industries and Services, with five votes against, of the total of 19 votes of the committee members.

The commission led by the Social Democrat Iulian Iancu insists on granting OPCOM the monopoly on natural gas transactions, which now are mostly made on the Romanian Commodities Exchange.

At the committee meeting on Wednesday, vice-president Virgil-Daniel Popescu, said that PNL does not agree with imposing a mandatory quota of 70%. „PNL wants to maintain the percentage of trading stipulated in the text of the ordinance, 30%, and that the Government can adjust it based on the market conditions. If we want alternatives to Russian natural gas we need the exploitations in the Black Sea, which cannot be financed by short-term contracts on the capital market but by bilateral long-term contracts,” explained Popescu the position of PNL members.

In addition, the PNL representative expressed his scepticism about the legality of eliminating by law the license of an operator, the Romanian Commodities Exchange (BRM), already operating on the market, which is a profoundly anti-competitive measure.

Transforming OPCOM into a single operator of centralized wholesale gas and electricity markets, as desired by the current parliamentary majority, would be a mistake, unrelated to the good European practices, which does not consider the direct interests of Romanians’ pockets – is the conclusion of an analysis made in August by INACO.

OPCOM, a state-controlled company, has a history of breaching the European regulations. In 2014, the European Commission fined the company for over one million euros because it abused its dominant position on the Romanian market to facilitate spot transactions of electricity.

In May 2017, the management of the Romanian Commodities Exchange launched a public appeal to the PSD leadership to reject what they called an „attempt to nationalize the natural gas trading”, namely a proposal that would have as author Deputy Iulian Iancu and would prohibit the Commodity Exchange from trading natural gas.

Significant: Deputy Iulian Iancu refused on Wednesday to accept the request of Cristina-Madalina Pruna (USR) to hear, before the vote, the ANRE President, who was at that time in the Chamber of Deputies’ hallways. „You are within a committee that works like that: <<You speak only if you are given the floor>>”, was the reply of the Committee Chairman.

The only party that reacted to the amendments made to the Emergency Ordinance 64 in the committee led by Iulian Iancu was the Save Romania Union, which asked, months ago, through Deputy Claudiu Nasui, to dismiss the committee chairman.