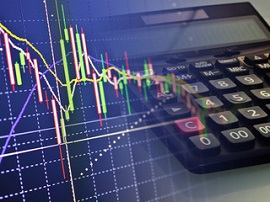 In the first half of 2016, the volume of retail trade turnover (except of motor vehicles and motorcycles) increased by 18% in gross series as compared to the same period of last year (16.8%, adjusted series depending on the number of working days and seasonality).

This growth rate of consumption is very high as compared to the GDP increase and has no match in the labour productivity growth.

Following the VAT cut, food, drinks and tobacco products represented the category with the highest gross growth, of 24.1% (+ 23.5% seasonally adjusted), while non-food products had a near-average evolution (+ 16.4% and 15.1% respectively). The smallest increase was recorded in the fuel retail trade (+ 11.4% and 10.5% respectively).

Note, however, that the order of the three groups above significantly changed in June, when fuel took over the top position with + 18.1% growth, non-food remained at the middle with + 16.9% and food, beverages and tobacco products went down to the last position, with „only” 14% (gross figures).

If looking at this apparent prosperity in terms of the economic growth of 1.5% quarter on quarter and 4.3 % growth of quarterly GDP, gross series, as compared to the previous year, things seem to be strange, at least. It would be great if the standard of living resulted in what people actually buy extra from year to year to grow more than four times faster than the rate at which the economy advances.

But there is no need of extensive economic background to sense that this situation is circumstantial and cannot be maintained on long run. Otherwise, if we increase GDP by about 15%, which will happen by 2020 if we were to go by the official prognosis, we will get then to buy as many products as Germans or French people.

The increase of the purchasing power is exaggerated, in fact, relative to the real economy. Such an increase in consumption would have made sense if the national economy would have registered a strong advance of the labour productivity. Unfortunately, the evolution in the previous years and the available data for 2016 are disappointing, both as level and direction of development (see table).

On top of that, because of statistical procedures, the massive increase of consumption (values such as + 18% in retail trade) and the successive increase of the wages in the public sector artificially inflates the GDP result. The escape valve is increasingly clearly represented by the deficits. The budget deficit has started to go back toward the danger zone of 3% of GDP and the current account deficit will clearly exceed the recommended level of 4% of GDP.

The most worrying part of this consumption spiral, which will inevitably be ended by painful corrections (relative to the population’s expectations) and restoring the macroeconomic balance at a different level is that nobody reacts (in a technocrat manner) to these overheating signals of the economy that is currently moving at a steady rate from the deficit of demand to the surplus. Namely, from one edge to another.

Keeping an eye on the fall elections, some do not understand and others pretend that do not understand or do not matter. Of course, it would be an unbalanced battle, in which the noise of the simplistic and populist views would overcome the sobriety of the warnings asking for a harmony between the consumption extent and production. Adopting financial education and solid long-term measures is setting in as a harmful solution for those who dare, but something needs to be done. Romania is mathematically going to fall wide of the mark.