The yield of long-term Romanian government bonds was 4.28% in January 2020, according to Eurostat data. That is well above all the other states of… END_OF_DOCUMENT_TOKEN_TO_BE_REPLACED

Net subscriptions in Romanian mutual funds (the difference between invested and withdrawn amounts) became again positive in 2019 after they had been negative in 2018.… END_OF_DOCUMENT_TOKEN_TO_BE_REPLACED

Romgaz (SNG) announced the start of production in the deep area of Caragele deposit (Buzau), the biggest discovered in the last 30 years and one… END_OF_DOCUMENT_TOKEN_TO_BE_REPLACED

Romania managed again to stand out at the EU level by recording the highest level of the public deficit in the third quarter of 2019,… END_OF_DOCUMENT_TOKEN_TO_BE_REPLACED

Stock exchange: Active investors have closed a quarter of their accounts over last two years. Mechanisms of our underdevelopment and stock markets from neighbour countries 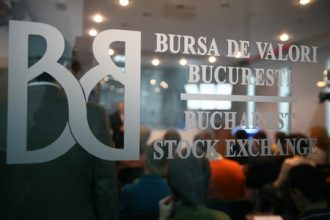 The number of active accounts at the Bucharest Stock Exchange (BSE) fell by more than 27% from the fall of 2016 until June 30, 2018, according to the Financial Supervisory Authority (ASF) reports.

Latest ASF data show that there were 16,391 active accounts at the middle of last year, but since then, the “ordinance on greed” had its effects on the stock market and has deepened the development crisis of the Romanian capital market.

Moreover, under the pressure of unfavourable political prospects for the stock exchange, 608 active accounts in brokerage firms (-2.7%) have been closed only in the last quarter of 2016, and the number of accounts reached 21,985 at the end of that year.

Even though the issuance of OUG 114/2018 was surprising, investors did not have high expectations from the foreseeable winners of elections in autumn 2016.

Two years ago, BSE officials estimated that there would be more than 60,000 accounts, considered active because at least one transaction had taken place in six months.

According to market information, accounts operating really frequent transactions are not more than a few thousand.

The overwhelming majority of investors in the care of FCI are still formed either by investors who are no longer active, or former “coupon holders”.

For comparison, active accounts at the Warsaw Stock Exchange are about 250,000, or over 16 times more than in Bucharest.

Poland’s GDP is only 2.5 times higher than Romania’s GDP, and the GDP per capita is only 1.2 times higher.

The main differences between the Polish and the Romanian stock exchanges consist not only in statistics but also in the recognition on the global market that the two institutions have gained, including based on statistics.

BSE’s General Manager, Adrian Tanase, believes that “the main cause of this situation, which is not happy at all, is the lack of understanding of the capital market mechanisms among the population,” according to a statement for cursdeguvernare.ro.

“We have to get to promoting the idea of saving money through securities to a wider audience, not only within the financial environment, because this savings act through the stock exchange is accessible to every person once some simple principles are understood, whether or not that person has a financial background,” says Adrian Tanase.

The BSE official just incidentally recalls the usefulness of some tax regulations that stimulate the saving by securities.

Adrian Tanase alludes to schemes (famous in the Occident) to reduce income tax on long-term savings, such as pensions.

One of BSE’s objectives, stated last year by its general manager, Adrian Tanase, is that the Bucharest Stock Exchange will reach 100,000 active accounts.

It has to be said that an investor can have multiple accounts at several brokerage firms.

Over the years, stock exchange officials, brokers and investment analysts have repeated the causes that hold back the development of the capital market:

In this context, even if OUG 114 could be much more than a new virus infection for footing the bill of government policies (real budget deficit), that will only aggravate the chronic illness of the stock exchange’s underdevelopment.

What the Romanian stock market lacks is precisely the example of the state. When it existed, the stock market excelled. Even if only under the pressure of international institutions, the listing of large state-owned energy companies has brought BSE closer to the place it deserves in the economy.

Now, Hidroelectrica’s listing is again unlikely, a listing that would be decisive for statistics to meet the emerging market criteria.

The development of the Stock Exchange is obstructed by the vicious circle that starts with the low liquidity, a situation that cannot be overcome by the small number of investors. The situation does not attract new companies to the listing, and so liquidity does not increase.

“The Stock Exchange has projects that can improve the liquidity and the value of the capital market, such as the development of the secondary market (CCP project of the local central counterpart) or the projects of attracting entrepreneurs to the stock market (Made in Romania). But I believe the big project, which should not belong only to the Stock Exchange, but the whole financial industry, is the development of the investor community. Once we have a large and diverse community of investors, we shall certainly have a lot more companies interested in listing,” says Adrian Tanase, CEO of the Bucharest Stock Exchange.

GFG Alliance has committed to invest one billion euros to upgrade Galati steel plant in order to reduce emissions and increase production. Another EUR 1… END_OF_DOCUMENT_TOKEN_TO_BE_REPLACED

The Transport Ministry, as the Intermediate Body in Transport, approved the financing request for the project "Construction of Sibiu - Pitesti highway", Sections 1, 4… END_OF_DOCUMENT_TOKEN_TO_BE_REPLACED

Lack of trust in authorities, corruption and low living standards are the main reasons why young people leave Romania. The data is part of a… END_OF_DOCUMENT_TOKEN_TO_BE_REPLACED

Romania is the EU country with the fewest cars in terms of the number of inhabitants, according to data recently published by Eurostat. We appear… END_OF_DOCUMENT_TOKEN_TO_BE_REPLACED

The Government is preparing the public for the first measures aimed at avoiding the budget slippage, which would be applied by the PSD-ALDE government. News… END_OF_DOCUMENT_TOKEN_TO_BE_REPLACED

French Prosecutor Jean-Francois Bohnert will be appointed as head of the European Financial Prosecutor's Office, a position for which he was heard on Thursday, 11… END_OF_DOCUMENT_TOKEN_TO_BE_REPLACED

Romania recorded the highest road deaths in the EU also last year, with 96 deaths per one million inhabitants in 2018, almost double the EU… END_OF_DOCUMENT_TOKEN_TO_BE_REPLACED

Sorina Pintea announced on Thursday further new changes that will be brought to the functioning of the health care system, including new rules for employment… END_OF_DOCUMENT_TOKEN_TO_BE_REPLACED

The new order on approval and selection procedures for insolvency practitioners is an important step to a very good direction, industry experts say. ANAF is… END_OF_DOCUMENT_TOKEN_TO_BE_REPLACED

Romania lost to Estonia in the final vote to get the non-permanent member position within the UN Security Council for the period 2020-2021. On Friday,… END_OF_DOCUMENT_TOKEN_TO_BE_REPLACED

eMAG hopes to get the opinion of the Hungarian Competition Council over the next two months for the acquisition of Extreme Digital, the market leader… END_OF_DOCUMENT_TOKEN_TO_BE_REPLACED