Software and IT services industry to exceed EUR 4 billion in 2017. Outsourcing vs. innovation 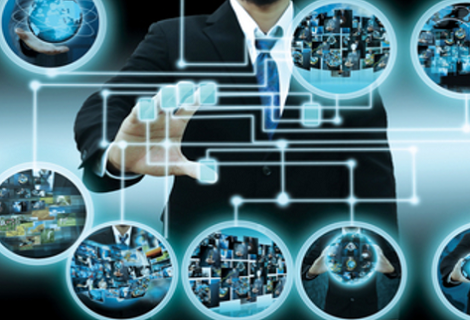 The turnover of the software and IT services sector increased by 11.3% in 2016 compared to 2015 and will exceed the EUR 4 billion threshold this year, according to the research „Software and IT Services in Romania 2017”, an ANIS project (National Software Industry Association) conducted by Pierre Audoin Consultants.

Last year, the sector’s turnover was EUR 3.6 billion, and the advance has been generated primarily by exports, which increased by 18.7% compared to 2015.

The results of this research indicate a slowdown of growth in this sector after a total increase of 21% in 2015 compared to 2014.

The average annual growth forecast for the next 3 years maintains at around 15%.

They reached EUR 2.6 billion in 2016, which represents 74% of the entire sector’s turnover.

Estimates, which are more moderate than those of the previous years, indicate, under the current market conditions, that the volume of the software and IT services exports will maintain and in 2020 will represent 79% of the total turnover in this sector.

The opposite trend is on the domestic market, which fell by 5.7% compared to 2015, despite the estimates of 4.6% increase.

Its share is about 26% of the total revenue of the sector, which means it declined to EUR 935 million, compared to EUR 991 million in 2015 (33% of the total turnover registered in that year).

The analysis of the internal market indicates a timid development in the next period, showing a low consumption of technology related to the estimated needs, especially in the public sector but also in the private sector, the study notes.

Regarding this surprise of the domestic market, it has to be said that the sector has been shaken in the past year by several scandals related to state acquisitions – DNA files, arrests of managers from renowned companies, insolvency requests or even bankruptcy (for instance, Teamnet and Asesoft, companies established by fugitive Sebastian Ghita).

According to a report issued last year by the Prime Minister’s Control Body, the state spent 3.733 billion lei between 2011 and 2016 to purchase products and software licenses.

Of this amount, 110 million lei have been settled for products or software licenses installed but not used, not implemented or having serious operating problems, according to an analysis conducted by the PM’s Control Body.

Could further tax incentives for IT specialists provide a new stimulus?

In recent years, Romania has been strongly promoted as a tax paradise for IT investments, the main advantage being the non-taxation of revenues.

Before the introduction of this measure, one month ago, Mihnea Costoiu, the rector of the Polytechnic University of Bucharest, said that the brain drain from this field had reached risky proportions:

Following the elimination of the income tax for IT professionals (a project initiated by Mihnea Costoiu), the percentage of people who remained in the country went up to 80% of the promotions of this faculty.

„Today we have an exodus of about 18-20% of graduates. In the past, entire generations were leaving. (…) Many of those who start the faculty do not graduate because they get employed in the second or third year and come back after several generations saying that they need the diploma. Some of them are not even interested in the tax exemption because their wages are very high,” explains Mihnea Costoiu.

This year, Sorin Grindeanu government decided to resume the income tax exemption policy for all IT specialists, regardless that they work in the outsourcing sector, a category that Dacian Ciolos cabinet had excluded from the beneficiaries of these incentives.

Chronology of these incentives

Who are beneficiaries of income tax elimination

Romania has almost 100,000 IT specialists, specifically programmers, but the analysis of the exemptions shows that the big beneficiaries of this measure are foreign companies, most of them from the outsourcing field.

Data show that in December 2015, approximately 33,889 people benefited from the incentive, working in 2,574 companies:

However, top 10 beneficiary companies, foreign companies, accounted for almost 9,000 employees (of a total of almost 34,000), that is more than a quarter of programmers exempted from income tax:

That is why the measure was considered by some decision-makers to be in fact a form of subsidy export and a covered aid to companies. Strictly legally, the measure is not a state aid, because it is theoretically granted to specialists, not to companies.

Discussions on the future of the IT field in Romania and the risk of stimulating the outsourcing and not the innovation are old and strategies in the field are currently limited to the development of clusters. They could lead to the integration of value chains at the local/regional/national level and the switch from outsourcing to custom-made software, then to internal research and development of IT products and own products would be encouraged this way, as the authors of strategies for these sectors hope.

Last year, the legislation has changed by introducing a phrase („final product”) into Article 2 of Order 872/2016 on the classification in the computer software creation activity so that the outsourcing field has been excluded from the income tax exemption:

According to the explanations offered by Minister of Communications and Information Society, Augustin Jianu (photo), resuming the previous wording of this article was necessary, as the outsourcing field, for instance, also produces final products, but it is very difficult to prove that:

„Outsourcing companies do not make final products. I cannot say that they all invoice hours worked per employee, but the programmers of a company write codes for other companies from abroad. The final product is somewhere in a company outside the country, or maybe not even there, maybe they also produce some parts there and the final code is made by another unit. Then the endpoint of a product cannot be proven,” Minister Jianu explained.

MP Varujan Pambuccian believes that no distinction should be made between the IT specialists to whom this tax incentive is granted:

„They all bring money to the budget. Calculations have been made – for each leu not collected from a programmer the state earned a few years ago 12 lei, now it earns 15 lei. Rather than risk losing them (the programmers – editor’s note), as they leave, it is worth giving them that money. It is a very cost-effective investment,” the deputy explained for cursdeguvernare.ro.