The Ministry of Public Finance (MFP) proposes to regulate a simplified alternative procedure for granting a payment rescheduling of up to 12 months, for the… END_OF_DOCUMENT_TOKEN_TO_BE_REPLACED

Romania’s economy will contract by 4.8% of GDP this year, according to the revised forecast of the International Monetary Fund (IMF), a slightly more optimistic… END_OF_DOCUMENT_TOKEN_TO_BE_REPLACED

The balance of Romania’s direct investments abroad amounted to EUR 324 million in 2019, according to data published on Wednesday by the National Bank of… END_OF_DOCUMENT_TOKEN_TO_BE_REPLACED

(Roughly) when we shall adopt euro: necessary growth scenarios in a simplified form 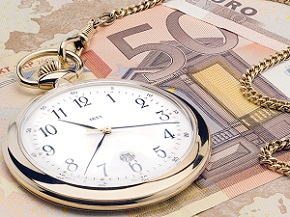 The National Commission for the establishment of the National plan for the Adoption of Euro advanced as synthetic benchmarks for the adoption of the single European currency an average annual economic growth rate of 4%, in order to reach the minimum level of 70% of the Eurozone development (EZ19) in six years or an average annual growth rate of 5%, in order to be achieve that in just four years.

In the scenario based on which Romania intends to achieve 75% of the EZ19 average (the most appropriate level for Romania’s economy, according to the Commission’s report), that can be achieved within nine years (if the average growth rate maintains at 4% per year) or in six years in the context of an average growth rate of 5% per year.

In a simplified way, in order to understand what we are facing in order to achieve this objective (as stated in the EU accession treaty and from which – note- we are in the temporary derogation regime), let us bring the situation to a basic arithmetic level, without making a meticulous, “pharmacy-like” calculation (anyway spoiled by various factors from the reality).

Over the last four years on which Eurostat reported data on GDP per capita at the parity of purchasing power standards (it sounds pretentious but it is nothing more than an adjustment to prices in each country, to ensure the comparability at the European level), the EZ19 remained constant at 106% of the EU average.

If we resume the same logic, for the optimal 75% of the average EZ19 in GDP per capita, we should reach about 80% of the EU average. So we have to recover 18 percentage points starting from about 62%, where we are now. Distributed, for the same divisibility and simplicity reasons, by 2 pp. within nine years or by 3 pp. within six years.

If we draw the line and mix the two scenarios (the third, ultra prudent, with 80% of the Eurozone average, would mean for us to reach the current position of Slovenia or the Czech Republic related to EZ19, that is 85% of the EU average, so we do not insist on it) the following versions result:

First, because we had to enter the ERM II anteroom even since 2019 and especially because we will not be able to meet all Maastricht criteria. Achieved at about the end of 2014, but from which we started to lose on the way. And which we will have to bring back on the right track, prior to the official notice on our intention to adopt the euro.

Unfortunately, experience has shown that mobilizing for so long toward such remote targets does not work well. In addition, the risk of not succeeding year after year to obtain a robust growth (attention, continuous, not two steps forward and one step backward, because it will not work this way) would considerably increase.

All in all, if we are to adopt euro within five years, we should take urgent action even starting right now, to put our already affected macroeconomic balances in order and strictly maintain our performance indicators within Maastricht requirements.

Two electoral years are to come, though, (for the European Parliament in the spring, the presidency next year and the parliamentary elections in the fall of 2020), and the broad consensus on moving to euro is essential in order to avoid populist slippages.

The same as measures taken in 2021 would also be essential for the successful accession to the ERM II mechanism. The mechanism for proving the capacity to maintain a stable exchange rate (against a central parity that will need to be carefully reasoned) within which we shall need to remain for at least two years.

Luca de Meo (foto), the new general manager (CEO) of Renault group, considers that Dacia project proved to be a miracle and that no one… END_OF_DOCUMENT_TOKEN_TO_BE_REPLACED

A former Soviet airbase in central Romania could become a hub for US Air Force operations in south-eastern Europe, where the Pentagon is seeking to… END_OF_DOCUMENT_TOKEN_TO_BE_REPLACED

Nuclearelectrica's Board of Directors has been mandated to initiate proceedings to terminate negotiations with China General Nuclear Power Group (CGN), as well as legal effects… END_OF_DOCUMENT_TOKEN_TO_BE_REPLACED

Romania imported an amount of electricity of almost 796 GWh in the first month of this year, by more than 36% above what it exported… END_OF_DOCUMENT_TOKEN_TO_BE_REPLACED

GFG Alliance has committed to invest one billion euros to upgrade Galati steel plant in order to reduce emissions and increase production. Another EUR 1… END_OF_DOCUMENT_TOKEN_TO_BE_REPLACED

The Transport Ministry, as the Intermediate Body in Transport, approved the financing request for the project "Construction of Sibiu - Pitesti highway", Sections 1, 4… END_OF_DOCUMENT_TOKEN_TO_BE_REPLACED

Lack of trust in authorities, corruption and low living standards are the main reasons why young people leave Romania. The data is part of a… END_OF_DOCUMENT_TOKEN_TO_BE_REPLACED

Romania is the EU country with the fewest cars in terms of the number of inhabitants, according to data recently published by Eurostat. We appear… END_OF_DOCUMENT_TOKEN_TO_BE_REPLACED

The Government is preparing the public for the first measures aimed at avoiding the budget slippage, which would be applied by the PSD-ALDE government. News… END_OF_DOCUMENT_TOKEN_TO_BE_REPLACED

French Prosecutor Jean-Francois Bohnert will be appointed as head of the European Financial Prosecutor's Office, a position for which he was heard on Thursday, 11… END_OF_DOCUMENT_TOKEN_TO_BE_REPLACED

Romania recorded the highest road deaths in the EU also last year, with 96 deaths per one million inhabitants in 2018, almost double the EU… END_OF_DOCUMENT_TOKEN_TO_BE_REPLACED

Sorina Pintea announced on Thursday further new changes that will be brought to the functioning of the health care system, including new rules for employment… END_OF_DOCUMENT_TOKEN_TO_BE_REPLACED

The new order on approval and selection procedures for insolvency practitioners is an important step to a very good direction, industry experts say. ANAF is… END_OF_DOCUMENT_TOKEN_TO_BE_REPLACED