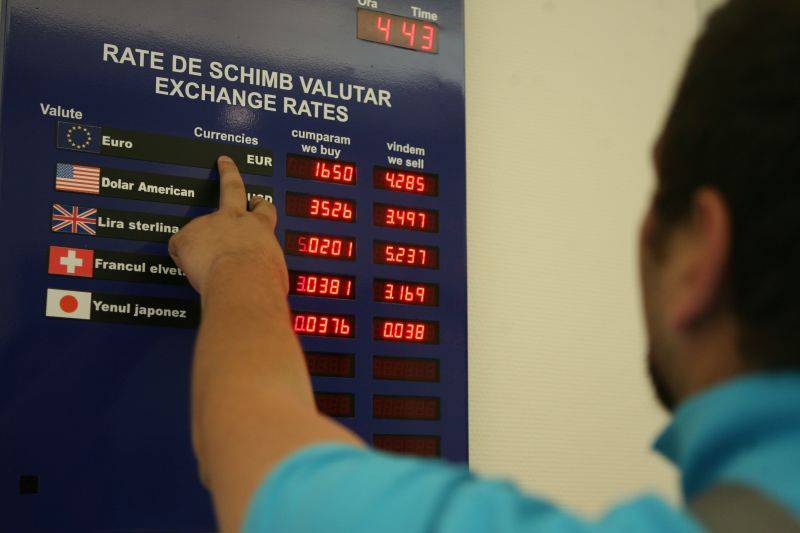 Romanian leu was much more stable during the pandemic than the currencies of Central European countries with a similar exchange rate regime, the Czech Republic, Poland and Hungary.

Data published by BNR show a much lower devaluation of our national currency against the euro, of only 1.95% between January and October, well below the levels ​​recorded by Czech koruna (-7.38%), Polish zloty (-6.44%) or Hungarian forint (-7.78%). 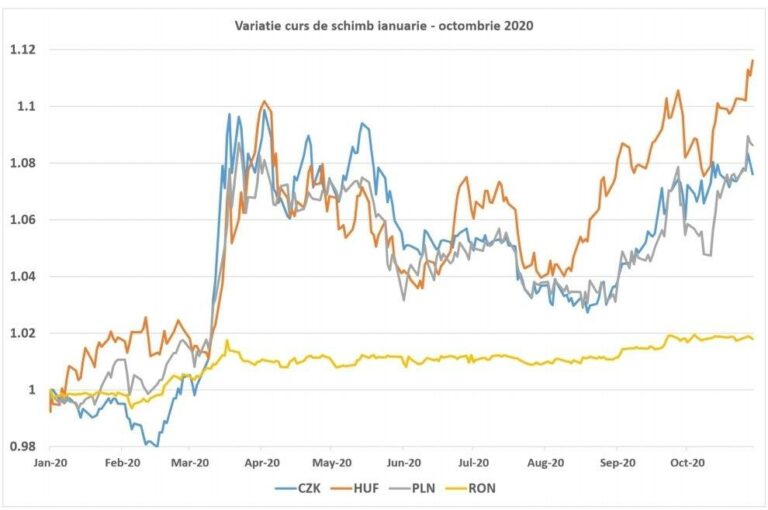 As a result, Romanian leu significantly appreciated against those currencies that are currently maintained for now by the countries outside the Eurozone which have not announced a date for the adoption of the single currency. Here is the comparative evolution of exchange rates against the euro, at the average values ​​recorded last month compared to the first month of the year:

Basically, the purchasing power of Romanian leu increased against koruna, zloty and forint, and the relative value of one Romanian monetary unit is higher now than at the beginning of the year when the effects of the pandemic-induced crisis had not emerged. With the remark that the graph presented reveals a small appreciation against forint and zloty even in the first two months of 2020.

The positive effects of this situation have been seen in the payment of interest rates on loans in foreign currency, the modest increase in the prices of some products and services traditionally denominated in euro (i.e. houses, cars or holidays abroad) and in the inflation level maintained close to the median value of the target range announced by the Central Bank (2.45% at present, compared to 2.5% +/- 1%).

The important negative effect was the relative price decrease for goods coming from countries mentioned, already competitive on our market through the quality/price ratio and adequate for the income growth dynamics to which we have engaged over recent years. This has also resulted to a large extent in a trade deficit increase, caused in a significant proportion (about two-fifths) just by Hungary, Poland and the Czech Republic.