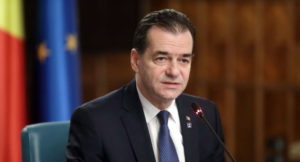 The intergovernmental agreement between the United States and Romania in the nuclear-civil cooperation field has received the European Commission’s approval, and Romania will start construction works for reactors 3 and 4 of Cernavoda Nuclear Power Plant, Prime Minister Ludovic Orban said on Friday, during a visit in Suceava county.

According to him, the construction of the reactors will be carried out in collaboration with strategic partners, including partners from the European Union.

„The Minister of Economy, Virgil Popescu, informed me that the intergovernmental agreement between the USA and Romania in the field of nuclear-civil cooperation has received the approval of the European Commission… which will allow us to sign the agreement in final form and start the construction of reactors 3 and 4 from Cernavoda”, said the prime minister, quoted by Agerpres.

At the beginning of October, Romania initialled an agreement with the United States of America that will allow our country to have American technology and know-how for both Reactors 3 and 4, as well as for the upgrading Unit 1, while maintaining CANDU 6 technology, within a Euro-Atlantic consortium.

The Ministry of Economy, Energy and Business Environment informed, at that time, that the initialling phase means reaching an agreement in principle on the text and main elements of projects development and stakeholders and the draft agreement will be sent to the European Commission in line with EURATOM Treaty provisions, as the cooperation within the agreement falls under the national, European and international provisions.

The agreement covers several segments, including Units 3 and 4 Project, Unit 1 upgrading, the cooperation in various areas, such as the regulation process, exchanges between research laboratories and universities, staff training, research and development.

In addition to current projects, Reactors 3 and 4 and CNE Cernavoda Unit 1Upgrading, the Agreement also provides for long and very long term cooperation by developing small modular reactors in Romania, on a site to be decided, in order to ensure in the future the flexibility and scalability of nuclear technologies.

Discussions on US involvement in financing strategic projects

On Friday, Foreign Minister Bogdan Aurescu and the president of the Export-Import Bank of the United States (US EXIM), Kimberly A. Reed, discussed by phone the possibility of US involvement in strategic economic projects of major interest to Romania.

Romania, through the Three Seas Initiative, is committed to developing Constanta – Gdansk (Rail2Sea) railway and Via Carpathia road connection projects, with a strategic impact on the economic development of the region, but also relevant from the perspective of ensuring military mobility between the North and South-East sides of NATO’s Flank.

The Romanian Minister, announced the Ministry of Foreign Affairs, pleaded on Friday for the concrete involvement of US EXIM in financially supporting these projects.

Bogdan Aurescu and the president of US EXIM also discussed the possible financing of projects in the field of energy and infrastructure in Romania.