What Romania exported and imported in 2017. Some observations 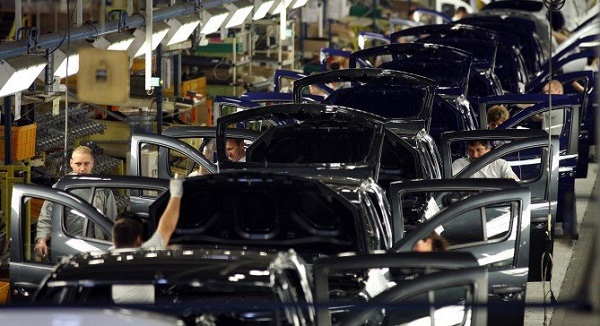 According to INS data, last year, the automotive industry was the driver of Romanian exports, with about EUR 9.6 billion, of a total of EUR 62.6 billion representing the goods delivered abroad.

It is worth noting, though, that almost 70% of the amount represented components assembled in other countries and only slightly more than 30% or about EUR 3 billion exported cars in the finished state.

Considering the imports for the same sector, where the same groups of goods had almost the same positions on both international trade flows, the net result was almost EUR 3.6 billion, at a negative final value of almost EUR 13 billion for the balance between exports and imports.

The supply of wires, cables and other insulated electric conductors ranked the second, worth almost EUR 3.9 billion in export, and a positive net balance of approximately EUR 2.1 billion. Added to them, to a relatively smaller proportion, electrical appliances, with EUR 0.8 billion in export and a net result of EUR 0.4 billion.

To have a clearer picture of Romania’s trade, we present extensively the first 15 positions for exports and imports in 2017, respectively: 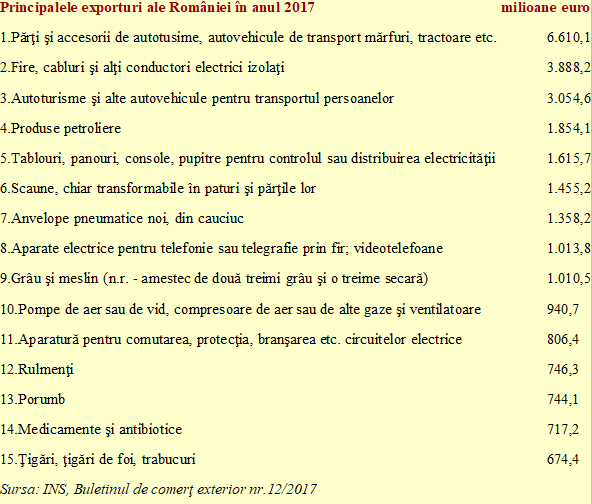 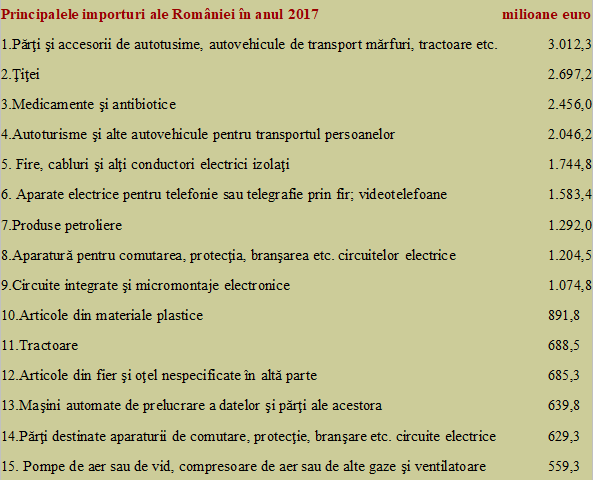 From these data, we can see that Romania managed to export oil products worth only EUR 1.85 billion for crude oil imports of EUR 2.7 billion, to which there were added oil products of EUR 1.3 billion.

While in the automotive and electrical wiring industry we came to the plus due to the intra-industrial specialization at the European level, in the petrochemical field, where we once excelled, the result was clearly unfavourable for us.

Noteworthy, the consistent export deliveries of some less publicly known products such as seats (EUR1.45 billion), tires (EUR1.35 billion), telephones and pumps (each of these groups with about EUR 1 billion), the same value as the one obtained from the export of wheat (cereals have brought almost EUR 1.8 billion, with corn included).

In imports, regarding the agricultural activity, right after the first 15 top positions, we notice the imports of swine meat of nearly EUR 0.5 billion euros, where we lost large production capacities, and the imports of EUR 0.45 billion in insecticides, herbicides, etc., following a similar reduction.

Somewhat surprisingly, up to the 30th position in the list of imports, there are categories such as „human blood, animal blood prepared for therapeutic use, vaccines” (EUR 406 million), copper wire (EUR 397 million) and „screws, bolts, nuts, coach screws and similar articles of cast iron, iron or steel” (EUR 396 million).

Last, but not least, the situation of the medicaments and antibiotics sector should be noted, with exports of EUR 717 million (hopefully not re-export) in parallel with imports of EUR 2.45 billion (third position among the categories of imported goods!!), the net result being EUR -1.7 billion or 13% of the Romanian trade deficit. 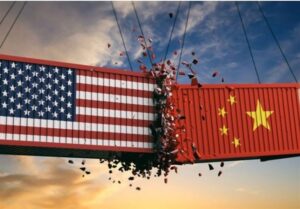 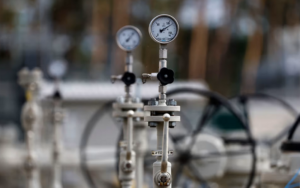 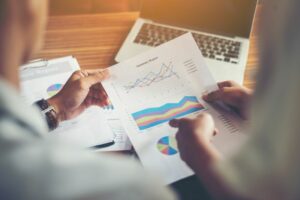 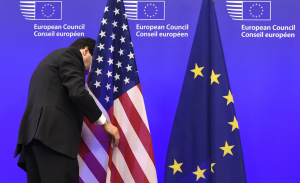 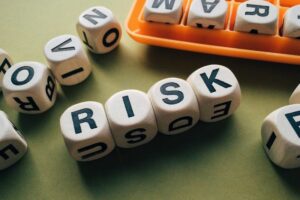