According to the data communicated by the NIS, in January 2020, Romania registered a new decrease in monthly industrial production, by -2.4% in gross series… END_OF_DOCUMENT_TOKEN_TO_BE_REPLACED

Dacia-Renault presented its “show car” Dacia Spring, “which prefigures the first 100% electric model of this brand” and will enter series production in 2021, according… END_OF_DOCUMENT_TOKEN_TO_BE_REPLACED

With current data and based on the legislation already adopted, Romania’s public debt is forecasted to reach 91.2% of GDP, according to the analysis of… END_OF_DOCUMENT_TOKEN_TO_BE_REPLACED

The progress in the development of Romanian infrastructure networks of utilities and roads is too slow compared to the needs and our neighbours’ progress, as… END_OF_DOCUMENT_TOKEN_TO_BE_REPLACED

Romania attracts only 0.4% of 2.7 billion with which EU finances projects in transportation field. Other eastern states have claimed projects of hundreds of millions 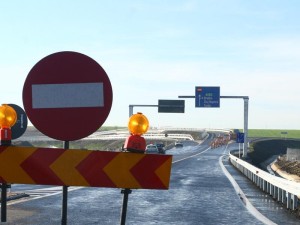 0,4% of this money (EUR 10,6 million) comes to Romania to finance 6 projects: 2 feasibility studies and 4 multinational projects, the result of some strategic EU policies, not the vision of the governments from Bucharest.

On the list of the 152 projects funded by the European Commission, 6 concern Romania. They are two feasibility studies that concern the Ministry of Transportation (the same “champion” of the paid and unused studies from the last 5 years, as shown by the Control Body of Prime Minister Ciolos in the winter of 2016) and 4 multinational projects.

Half of the money allocated to Romania goes, therefore, to these two studies:

The four multinational projects, for which Romania receives money just because the EU is trying to remove the “white spots” across the Union, concern two areas:

The financing that the former communist countries received and for what projects, in the following summary:

Bulgaria – EUR 119 million for 5 projects. 110 million finance national projects including the works of modernization of the Sofia ring road, the development of the Plovdiv railway node and a study for interconnecting the Burgas port with the TEN-T Core network.

Poland – EUR 826 million for 10 projects. 8 of the 10 projects are national, most of them modernization works of the railway transportation network and innovation works (e.g. reduction of truck noise).

The Czech Republic – EUR 275 million for 16 projects. Most projects concern the development of the national component of the main European rail transportation networks.

Hungary seems the closest to Romania’s performance: EUR 11 million for 10 projects. Hungary already has a modern transportation infrastructure network, so most of the money goes to innovation projects.

The main message that Brussels sent when approved the latest list of investments for what is generically called “Europe on the move” is that the EU is making significant progress in implementing the Juncker Plan.

The investments approved are part of a financial mechanism of modernizing the European infrastructure networks having not only the objective of mobility but also the objective of economic activities and job creation.

According to the Commission, the selected projects also include flagship initiatives and the examples in this category come from Poland, Slovenia, Austria, Sweden, Denmark, Germany, France, the United Kingdom and Italy.

The Juncker plan of investment has been launched in 2014. A report published in April 2016 by the European Commission showed that all 28 member states have proposed over 2,000 projects worth 1,300 EUR billion.

The Ponta government sent a list of 200 projects to Brussels, but because it did not take into account the priorities presented by the initiator of this plan, none of them has been included in the list of funded projects by 2016.

Romania imported an amount of electricity of almost 796 GWh in the first month of this year, by more than 36% above what it exported… END_OF_DOCUMENT_TOKEN_TO_BE_REPLACED

GFG Alliance has committed to invest one billion euros to upgrade Galati steel plant in order to reduce emissions and increase production. Another EUR 1… END_OF_DOCUMENT_TOKEN_TO_BE_REPLACED

The Transport Ministry, as the Intermediate Body in Transport, approved the financing request for the project "Construction of Sibiu - Pitesti highway", Sections 1, 4… END_OF_DOCUMENT_TOKEN_TO_BE_REPLACED

Lack of trust in authorities, corruption and low living standards are the main reasons why young people leave Romania. The data is part of a… END_OF_DOCUMENT_TOKEN_TO_BE_REPLACED

Romania is the EU country with the fewest cars in terms of the number of inhabitants, according to data recently published by Eurostat. We appear… END_OF_DOCUMENT_TOKEN_TO_BE_REPLACED

The Government is preparing the public for the first measures aimed at avoiding the budget slippage, which would be applied by the PSD-ALDE government. News… END_OF_DOCUMENT_TOKEN_TO_BE_REPLACED

French Prosecutor Jean-Francois Bohnert will be appointed as head of the European Financial Prosecutor's Office, a position for which he was heard on Thursday, 11… END_OF_DOCUMENT_TOKEN_TO_BE_REPLACED

Romania recorded the highest road deaths in the EU also last year, with 96 deaths per one million inhabitants in 2018, almost double the EU… END_OF_DOCUMENT_TOKEN_TO_BE_REPLACED

Sorina Pintea announced on Thursday further new changes that will be brought to the functioning of the health care system, including new rules for employment… END_OF_DOCUMENT_TOKEN_TO_BE_REPLACED

The new order on approval and selection procedures for insolvency practitioners is an important step to a very good direction, industry experts say. ANAF is… END_OF_DOCUMENT_TOKEN_TO_BE_REPLACED

Romania lost to Estonia in the final vote to get the non-permanent member position within the UN Security Council for the period 2020-2021. On Friday,… END_OF_DOCUMENT_TOKEN_TO_BE_REPLACED

eMAG hopes to get the opinion of the Hungarian Competition Council over the next two months for the acquisition of Extreme Digital, the market leader… END_OF_DOCUMENT_TOKEN_TO_BE_REPLACED