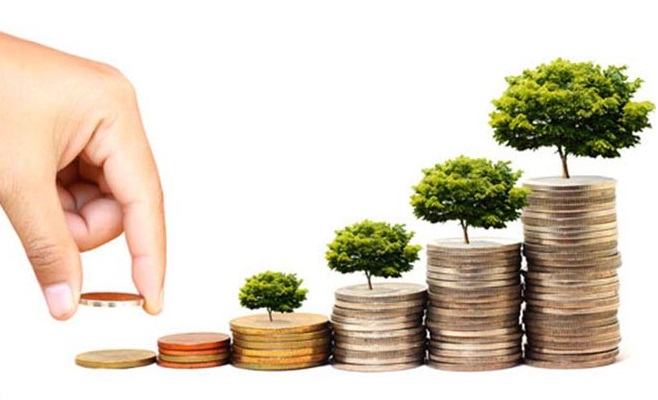 Net subscriptions in Romanian mutual funds (the difference between invested and withdrawn amounts) became again positive in 2019 after they had been negative in 2018.

Romanians invested from their savings by RON 1.897 billion more in mutual funds than they withdrew in 2019, according to the data of Fund Managers Association (AAF).

The data show the trend change compared to 2018 when investors had invested by RON 3.5 billion less than they had withdrawn.

This trend reversal occurred in the context of increasing financial markets, but also because the consumption pace slowed down and a higher share of Romanians’ savings shifted towards mutual funds. Bank interest rate’s stagnation in deposits encouraged the trend.

Largest subscriptions made in bond funds

The most sought after are the funds with the largest investments in bonds and bank deposits.

This type of funds invest mainly in government bonds and have always been the favourite personal investment tool, due to the low market risk. 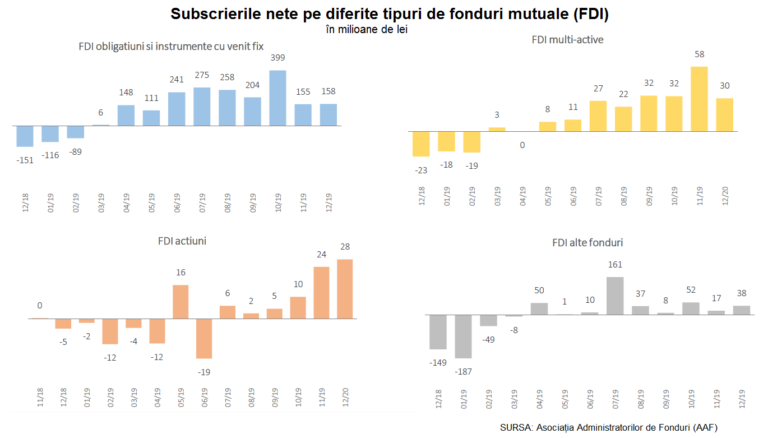 Multi-asset funds (diversified, many of them also having significant investments in bonds) and investments in shares also registered positive net subscriptions.

The evolution of net subscriptions „was mainly due to the stabilization of interest rates in 2019, as previous increases tempered. This evolution has led, to some extent, to the reorientation of savings towards mutual funds, especially that markets registered increases in all categories of asset, from bonds to shares,” explained Horia Braun-Erdei, the executive chairman of Erste Asset management Romania, which manages the largest Romanian mutual funds.

Another main explanation is the increase in savings, in the context of a decrease in the pace of the consumption that was stimulated by the government policy targeting the increase of incomes and fiscal ease.

Saving rate among the population stood at 14.8% for nine months of 2019, up by one percentage point year on year, „an evolution determined by the positive environment in the labour market and the government economic policy”, says Andrei Radulescu, the director of macroeconomic analysis at Banca Transilvania.

The incomes of households then grew faster than expenditures, with 13.6% year/year compared to 12.3% year/year.

Market shares and returns (much) above inflation

Bond funds (especially government bonds) and other fixed-income investments (especially bank deposits), the most preferred of all, have a market share of 68.7% of total assets. 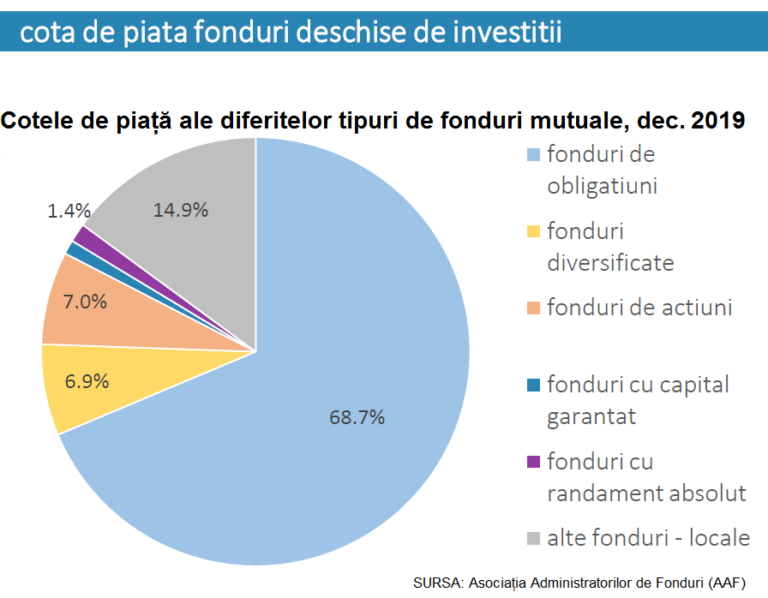 Funds that are next, classified under „other” category, actually also invest in fixed income tools, but they do not formally fall into this category because they do not meet the corresponding standard investment limits.

Unlike bank deposits, which still remunerate savings below the inflation level, the highest return of a bond fund is 7.32% (OTP Bonds – Class I), and the largest fund of this type has achieved a level of 5.25% (ERSTE Bond Flexible RON, with assets of almost RON 4.24 billion).

The annual inflation rate rose to 4.04%, in December, above the National Bank’s target of 3.5% and its forecast of 3.8% reached in November.

Equity funds also registered the highest gross returns (net as with no fees, but before taxation) in 2019, up to 43%.

Strong results of diversified funds fall between these two categories and defensive ones achieved returns double the inflation (with investments especially in bonds and deposits).

Too little compared to potential

Assets collected by the 344,495 participants in the mutual funds represent only 2.2% of the gross domestic product, below other countries that started from the same initial point in 1989.

Bank deposits of households amounted to RON 222.4 billion equivalent, of which those in RON covered 59%.

Mutual funds can be:

There are also funds with capital guarantees (letters of guarantee) / protected (by the management approach) and funds with absolute return (which search for investment plans that bring the highest return at a given time).