Reactive and chaotic taxation is back: Rebate tax on fuel, banks deduct 30% of divested receivables, uncultivated agricultural land is surplus 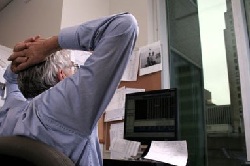 The Government has initiated this week the legislation needed to change taxation as it faces the issues related to the budget deficit and the payment of political commitments – and surprised the business environment with a reactive and chaotic taxation generated by the lack of perspective.

Some of the measures are, in fact, a return to the decisions of the ruling coalition, as has happened in the case of special pensions and the salary-pension cumulation.

The Ministry of Finance launched for debate on Tuesday a draft emergency ordinance amending the Tax Code, which provides for the increase of the excise duty on motor fuels by almost 23% for the so-called „unleaded petrol”, up to 2,035.40 lei/1.000 litres, and by almost 25% for gasoline, up to 1,897.08 lei/1,000 litres.

The increase in excise duties on fuels occurs after it has been eliminated, as of January 1, 2017, the so-called over-charge of 7-euro cents/litre introduced in 2014.

The provision on the excise duty increases is the only one of the amendments to be applied as of September 1, 2017.

In addition to the increase of the excise duties, another target is the banking sector – for which it is also provided for the limitation of the cost deduction of foreign debt claims to 30% of their value, as of January 1, 2018.

Only 8 months after the excises on fuel have been cut, the Ministry of Finance justifies its decision by citing the risk of non-compliance with the European directives, which state that „national excise levels may not be below the minimum levels of the excise duty provided by the European Union legislation,” is specified in the explanatory memoranda of the draft emergency ordinance amending the Tax Code.

„If the leu/euro exchange rate published in the Official Journal of the European Union would exceed 4.62 lei/euro, current levels of excise duties in Romania for gasoline and diesel would fall below the minimum excise levels provided for by the European Union legislation,” says the document mentioned.

For gasoline and diesel, current levels of excise duties in Romania, in relation to the leu/euro exchange rate published on the first working day of October 2016 „are very close to the minimum level required by the EU legislation„, according to the Ministry of Finance’s explanatory memoranda.

Banking sector: deductibility for only 30% of debt assignments

The capping of the deductibility of the expenses on the debt assignments mainly concerns banks, which sold bad loans worth 3.2 billion lei (EUR725 million), only in 2016.

„Considering the magnitude of the debt transfer phenomenon, especially those debts from the banking system, and the fact that they are transferred in exchange for low amounts compared to the value of receivables/loans, value considered as deductible expense in the calculation of corporation tax, to mitigate the tax impact on the tax base, it is necessary to limit the deduction of these expenses, within a threshold of 30% of the value of the transferred receivables plus the value of the revenue obtained from their transfer„, says the explanatory memoranda of the draft emergency ordinance amending the Tax Code.

For a claim that has been transferred at a value of 1,500 lei compared to the nominal value of 10,000 lei, the expense representing the amount of this claim will be deductible within the limit of 4,500 lei, according to a calculation by the Ministry of Finance.

At the beginning of August, the Finance Minister Ionut Misa said that 70% of the banks do not pay profit tax, especially because they deduct the assigned debts.

The Finance Minister’s statement came after Florin Georgescu, the First Deputy Governor of the National Bank, said that ANAF controls in banks would be justified, „from the point of view of the legality of possible tax optimizations” resulting from the debt assignments.

„Over the past two years, banks have sold substantial NPLs (nonperforming loans) of the population and firms at very low prices, averaging between 8.5% and 10% of the nominal value of loans,” said Florin Georgescu in April.

Following the Minister of Finance’s statement, Mugur Isarescu, the BNR Governor, remarked in his turn that „the fact that they have not paid taxes is a wording that we should use carefully because it would be differently perceived by the public at large, in the sense that banks did not want to pay (…) making a profit in a bank is not an easy task. It would be good for the society to understand that the banking activity is a complicated one.

You also have to pay interest to those who have deposits with you, the depositors, to also cover the unsecured loans, your operating costs, and ensure the liquidity.”

Over taxation of uncultivated agricultural land

For the agricultural land that is not cultivated for two consecutive years, the local council may „increase the tax on land by up to 100 lei/ha, starting with the third year, under the conditions established by the decision of the local council”, according to the draft emergency ordinance.

Foreign companies will pay as of 2018 an annual tax increased to 22,000 lei (about 5,000 euros) for their Romanian offices, about 25% higher than the current level of 4,000 euros, calculated at the BNR exchange rate.

Instead, it is proposed to exempt physicians from the income tax as of January 1, 2018, both for the salary and the income assimilated to the salary, „as well as for the self-employed activities in the exercise of the profession of physician, under Law 95/2006 on the reform in the health field, republished”.

Another provision of the draft ordinance is the elimination of the tax on dividends as of January 1, 2018, which means that for the profit obtained in 2017, employers or shareholders no longer pay a tax on the dividends received.

Regarding the taxing of independent activities run in Romania, the revenues „are considered as being obtained in Romania, no matter if they are received from Romania or abroad„, except for the intellectual property rights.