Romania’s big re-launch plan for the next decade places transport infrastructure at the centre of investments, with an allocation of 60% of the total amount.… END_OF_DOCUMENT_TOKEN_TO_BE_REPLACED

The general consolidated budget registered in the first half of the current year a deficit of about RON 45 billion, equivalent to 4.2% of the… END_OF_DOCUMENT_TOKEN_TO_BE_REPLACED

At the European level, there is an agreement to introduce a “modest” tax on disposable plastic, a first source of income to support the repayment… END_OF_DOCUMENT_TOKEN_TO_BE_REPLACED

Long-term interest rate for Romania fell by almost one percentage point in just two months, according to data released by Eurostat. After increasing up to… END_OF_DOCUMENT_TOKEN_TO_BE_REPLACED

Looking into biggest change in estimates of all times: Salary increases – you shouldn’t put in what God’s left out 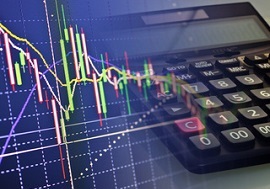 The 2017 spring prognosis of the National Prognosis Commission, subordinated to the Government, reassessed and doubled the real wage increase for the period 2016-2019.

In short, from 19% a year ago, it has reached 38%, which is the biggest change in estimates of all times.

The record was set for 2017, when instead of a modest 3.0% announced last spring, the institution announced a percentage more than triple, namely 9.9%.

It is noteworthy that these increases in real wages are equal to those of purchasing power, meaning that they consider not only the nominal increase of the amounts paid to employees but also the inflation that would be registered during the period under review. That also depends on the evolution of the exchange rate for the large part of the goods from the consumer basket, which are from imports, for the energy resources and the telecommunications tariffs. As for the interest rates applied to the foreign currency loans, still quite many (over 40%), there is no point in talking.

Of course, important changes in the economic strategy can be considered and it would even be praiseworthy to see the rapid forecast adjustment to match the developments in the economy and the economic policies. Therefore, let’s see based on what economic results we can increase purchasing power with the money mentioned above:

Big surprise, the same Commission that guesses with an enviable precision the GDP level (see results for 2015 and 2016), maintains almost unchanged the GDP in euro forecasted for 2017 and comes up with minor upward changes for 2018 and 2019, although it sees doubling or tripling growth rates for the real wage. But maybe something exceptional will happen with the euro/leu exchange rate. Let’s see the changes:

Very interesting: the exchange rate was already slightly above the forecast (this is why we also have the exact figure of four decimals for 2016), which seems to have a direct relation with the “over-implementation of the plan” in terms of wage increases in the elections year that has just ended. Not much, from 9.6% to 11.9%, but enough to push the exchange rate higher, that is, to the planned estimate of 4.49 lei/euro by 2019.

Now, we have already registered a little more than 4.53 lei/euro in the first quarter of 2017 and we are around 4.45 lei/euro in May. Not that we can immediately make the correlation with the rule of three and not that the nominal wage increases without any relation reported so far to the increase of labour productivity (-0.4% for 2016) would immediately produce effects, but two questions arise with effects on your wallet.

First: Does anyone still believe in the exchange rate forecast for 2017, namely the average of 4.49 lei/euro? Elementary mathematics show that it would require a decline from the current 4.55 lei/euro level to 4.48 lei/euro by the end of the year.

Secondly: If a wage increase recorded as being 23% higher than the previously projected level occurred simultaneously with a three-penny advance of the average exchange rate (actually, less than one percent, which is not a big thing), we wonder how would the rate change against a 230% increase of the salary growth estimate, from 3% to 9.9%?

A level below ten percent, which seems to be very conservative in view of the announcements coming from the Executive and the data already indicating an average +15.6% advance of the purchasing power related to the salaries, in the first quarter of the year, compared to the same period of the previous year.

Why are we interested in the CNP forecasts? Because, as mentioned in their headline, they have been drafted for the convergence program with which the Government committed itself to Brussels. But also as a basis for the commitment to raise the living standards based on certain budget revenues that essentially depend on both the GDP growth and the stability of the euro/leu exchange rate.

Fortunately, or unfortunately, CNP has the habit to guess very well the GDP growth in euro, but unfortunately, or fortunately, misses the nominal wage increases. For example, the average national wage, forecasted in the spring of 2016 to reach the net amount of 2.333 lei only in 2019, has been already exceeded in March 2017 (net 2.342 lei, according to the data recently announced by INS).

But at a 15.6% increase in real wages in the first quarter of this year, if the average of 4.55 lei/euro is confirmed for the whole 2017 (some grumpy people would say pray the Lord to be only that!), the GDP would change from EUR 181.5 billion to just EUR 179 billion, that is, below the previous forecast. Although, based on this economic result that the European Commission also sees as diminished, they supposedly could ensure a salary increase more than three times above what was forecasted a year ago.

If we are to consider the official data presented, the situation is to repeat in 2018 and 2019 as well, when it has been estimated an exchange rate having a major risk to be fictional (pray the Lord not to be like that!), the same 4.49 lei which looks like a marketing price from the retail industry, against the background of doubling salary growth estimates in real terms.

Regarding the fantasist demand for income growth, that can only lead to a popular saying: You can’t put in what God’s left out!

Luca de Meo (foto), the new general manager (CEO) of Renault group, considers that Dacia project proved to be a miracle and that no one… END_OF_DOCUMENT_TOKEN_TO_BE_REPLACED

A former Soviet airbase in central Romania could become a hub for US Air Force operations in south-eastern Europe, where the Pentagon is seeking to… END_OF_DOCUMENT_TOKEN_TO_BE_REPLACED

Nuclearelectrica's Board of Directors has been mandated to initiate proceedings to terminate negotiations with China General Nuclear Power Group (CGN), as well as legal effects… END_OF_DOCUMENT_TOKEN_TO_BE_REPLACED

Romania imported an amount of electricity of almost 796 GWh in the first month of this year, by more than 36% above what it exported… END_OF_DOCUMENT_TOKEN_TO_BE_REPLACED

GFG Alliance has committed to invest one billion euros to upgrade Galati steel plant in order to reduce emissions and increase production. Another EUR 1… END_OF_DOCUMENT_TOKEN_TO_BE_REPLACED

The Transport Ministry, as the Intermediate Body in Transport, approved the financing request for the project "Construction of Sibiu - Pitesti highway", Sections 1, 4… END_OF_DOCUMENT_TOKEN_TO_BE_REPLACED

Lack of trust in authorities, corruption and low living standards are the main reasons why young people leave Romania. The data is part of a… END_OF_DOCUMENT_TOKEN_TO_BE_REPLACED

Romania is the EU country with the fewest cars in terms of the number of inhabitants, according to data recently published by Eurostat. We appear… END_OF_DOCUMENT_TOKEN_TO_BE_REPLACED

The Government is preparing the public for the first measures aimed at avoiding the budget slippage, which would be applied by the PSD-ALDE government. News… END_OF_DOCUMENT_TOKEN_TO_BE_REPLACED

French Prosecutor Jean-Francois Bohnert will be appointed as head of the European Financial Prosecutor's Office, a position for which he was heard on Thursday, 11… END_OF_DOCUMENT_TOKEN_TO_BE_REPLACED

Romania recorded the highest road deaths in the EU also last year, with 96 deaths per one million inhabitants in 2018, almost double the EU… END_OF_DOCUMENT_TOKEN_TO_BE_REPLACED

Sorina Pintea announced on Thursday further new changes that will be brought to the functioning of the health care system, including new rules for employment… END_OF_DOCUMENT_TOKEN_TO_BE_REPLACED

The new order on approval and selection procedures for insolvency practitioners is an important step to a very good direction, industry experts say. ANAF is… END_OF_DOCUMENT_TOKEN_TO_BE_REPLACED