The Romanian Government notified, on Friday, the Court of Justice of the European Union (CJEU) with three actions in the annulment of the problematic Mobility… END_OF_DOCUMENT_TOKEN_TO_BE_REPLACED

The Ministry of Public Finance (MFP) proposes to regulate a simplified alternative procedure for granting a payment rescheduling of up to 12 months, for the… END_OF_DOCUMENT_TOKEN_TO_BE_REPLACED

Romania’s economy will contract by 4.8% of GDP this year, according to the revised forecast of the International Monetary Fund (IMF), a slightly more optimistic… END_OF_DOCUMENT_TOKEN_TO_BE_REPLACED 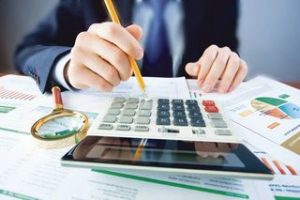 Long-term interest rate for Romania fell by almost one percentage point in just two months, according to data released by Eurostat. After increasing up to 4.83% in April 2020, at the end of June it reached a level below the threshold of four percentage points (3.89%). Beyond the obvious effects on future budget payments, this indicator is critical for convergence purposes and the euro adoption.

Reducing the borrowing costs is extremely important from the perspective of international markets’ perception, especially since we are still on the edge in terms of the investment recommendations, with a negative outlook, and this indicator is most evidently outside the values ​​of other EU Member States.

The differences between us and the countries in the region remain, however, significant. That will translate into a relatively high budget effort to repay the money for many years to come. Hungary remained at about 1.7 percentage points (pp.) below, Poland with 2.6 pp. less and quotation for the Czech Republic looks by over 3 pp. better.

It should be noted that the latter two have systematically improved their position since the beginning of the year, while Hungary had a winding evolution. Bulgaria and Croatia, recently accepted to the antechamber for the euro adoption (ERM II, where they should remain for at least two years to confirm their ability to maintain quotations of 1.95583 Leva and 7.53450 Kuna for one euro, respectively) are also weaker in the middle of this year than at the beginning of it.

Incidentally, the long-term interest rate in Greece’s case, with the well-known problems regarding the foreign debt and the austerity policy subsequently imposed, reached one-third of Romania’s one (only 1.32% in June 2020, practically at the level of Poland and below the level of 1.46% recorded by Italy).

Therefore, perhaps we should remember and not repeat the adventures of others, in the sense that the pensions in the only Balkan state from the Eurozone (which it accessed “with an exemption”) had come close to those in Germany. The replacement rate placed them on the first position in the EU, with the state being forced to pay this too high level from loans.

Speaking of the signal from Germany, it has taken steps to comply with the criteria required for others and has reduced its public debt from 75% of GDP to below 60% over the last four years. That sent the same long-term interest rate, which successfully dropped to 3.89% for Romania, to -0.43% (in March 2020 it had even been -0.54%), from -0.30% at the end of last year.

So far, although we have been accumulating budget and trade deficits in recent years towards and above the affordability limit, based on relatively high interest rates relative to usages in EU economies, the robust economic growth has allowed us to maintain public debt below the 40% GDP threshold.

Now, to the economic downturn foreseen for 2020, with a return to the same level only in 2022 (if all goes well) the need for money is added, in the context of the coronavirus pandemic. EC forecast on data and legislation already adopted shows that what we had planned based on an economic growth that has now become illusory, leads us to a foreign debt of 55% of GDP in 2021 and 90% of GDP by the end of the current decade. And the debt increase would be at still high interest rates.

Therefore, even if and precisely because we received a vote of confidence from abroad, we would need a courageous change, namely “for stretching our arm to the existing sleeve of possibilities” (even by transferring obligations assumed over time, until the economy will perform as believed in the assumption), so that we would not get into debts for many years under disadvantageous conditions. That would burden the co-financing of infrastructure development projects with European money and send us into a vicious circle with a predictable end.

Luca de Meo (foto), the new general manager (CEO) of Renault group, considers that Dacia project proved to be a miracle and that no one… END_OF_DOCUMENT_TOKEN_TO_BE_REPLACED

A former Soviet airbase in central Romania could become a hub for US Air Force operations in south-eastern Europe, where the Pentagon is seeking to… END_OF_DOCUMENT_TOKEN_TO_BE_REPLACED

Nuclearelectrica's Board of Directors has been mandated to initiate proceedings to terminate negotiations with China General Nuclear Power Group (CGN), as well as legal effects… END_OF_DOCUMENT_TOKEN_TO_BE_REPLACED

Romania imported an amount of electricity of almost 796 GWh in the first month of this year, by more than 36% above what it exported… END_OF_DOCUMENT_TOKEN_TO_BE_REPLACED

GFG Alliance has committed to invest one billion euros to upgrade Galati steel plant in order to reduce emissions and increase production. Another EUR 1… END_OF_DOCUMENT_TOKEN_TO_BE_REPLACED

The Transport Ministry, as the Intermediate Body in Transport, approved the financing request for the project "Construction of Sibiu - Pitesti highway", Sections 1, 4… END_OF_DOCUMENT_TOKEN_TO_BE_REPLACED

Lack of trust in authorities, corruption and low living standards are the main reasons why young people leave Romania. The data is part of a… END_OF_DOCUMENT_TOKEN_TO_BE_REPLACED

Romania is the EU country with the fewest cars in terms of the number of inhabitants, according to data recently published by Eurostat. We appear… END_OF_DOCUMENT_TOKEN_TO_BE_REPLACED

The Government is preparing the public for the first measures aimed at avoiding the budget slippage, which would be applied by the PSD-ALDE government. News… END_OF_DOCUMENT_TOKEN_TO_BE_REPLACED

French Prosecutor Jean-Francois Bohnert will be appointed as head of the European Financial Prosecutor's Office, a position for which he was heard on Thursday, 11… END_OF_DOCUMENT_TOKEN_TO_BE_REPLACED

Romania recorded the highest road deaths in the EU also last year, with 96 deaths per one million inhabitants in 2018, almost double the EU… END_OF_DOCUMENT_TOKEN_TO_BE_REPLACED

Sorina Pintea announced on Thursday further new changes that will be brought to the functioning of the health care system, including new rules for employment… END_OF_DOCUMENT_TOKEN_TO_BE_REPLACED

The new order on approval and selection procedures for insolvency practitioners is an important step to a very good direction, industry experts say. ANAF is… END_OF_DOCUMENT_TOKEN_TO_BE_REPLACED