List: OUG 114 has passed, damages have remained. Who pays? 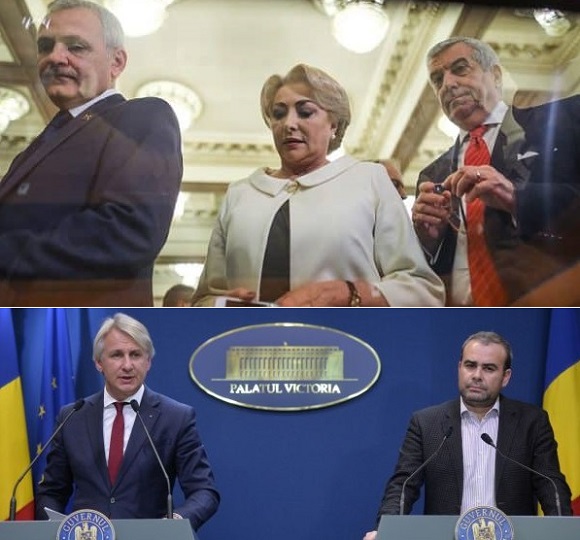 Direct damages caused by the „greed ordinance” are currently measured in many billions of euros, according to estimates of affected companies and independent analysts.

Damages could have easily been avoided: if the Minister of Finance and the Prime Minister had respected the law. And the law provides two essential things:

And there are two necessary ingredients that are not legislated:

Dozens of industries – both vertically and horizontally and dozens of laws have been thrown in chaos for 4 months.

Amendments to OUG 114/2018 through OUG 19/29 March 2019 have the potential to bring new pressures on affected markets and new grounds for infringement by the European Commission in the energy field.

The activity volume of banks, energy and telecommunication companies and their profits will decrease and, as a result, the state’s tax revenues.

The state has already suffered following the introduction of the tax on bank assets, in the context that this year tenders had results below expectations and the situation has been improving as authorities announced new amendments.

Romanian companies listed on Bucharest Stock Exchange (BVB) lost over RON 5.9 billion (EUR 1.716 billion) from their market value over the three and a half months since „greed ordinance” (OUG 114/2018) promoters announced its main provisions.

The loss ratio of 6.1% in RON amplified to -9.7% in euro due to the substantial depreciation of the national currency in the same period, stimulated including by the same ordinance.

Companies have in fact recovered from February two-thirds of the loss recorded on the first day of the shock caused by the announcement made by government officials Valcov & Teodorovici.

Recoveries were due to the fact that the market paid more attention to usual factors of the dividend season, in the context of news regarding possible negotiations for correcting OUG 114.

OMV Petrom (SNP) deserves a special mention, which had fully recovered the value loss last week, under the influence of the attractiveness of promised dividends, but which resumed its decline.

The inclusion of thermal power plants in the list of beneficiaries of the capped gas price of 68 lei/MWh will increase natural gas producers’ losses and will introduce new pressures on the free market, respectively on imports.

New tensions are introduced by exempting (de facto) energy companies that use coal and thermal power plants in cogeneration that produce heat from the payment of 2% tax on turnover.

The exemption could be interpreted as state aid – a new reason for the European Commission to initiate the infringement procedure, in addition to the reason related to the distortion of the free market.

The profit of big Romanian energy companies could fall by up to 50% following OUG 114, according to budgets drafted based on its current provisions, to be subject to shareholders’ approval.

Uncertainties related to budgetary constraints dictated by amendments made to OUG 114 have led to delaying companies’ 2019 budgets, although general shareholders assemblies that should approve them are approaching.

Romgaz (SNG), for example, is yet to publish the 2019 draft budget that it will propose to shareholders. Initial company’s estimates were indicating a 20 to 25% decrease in turnover and 30% (RON -420 million) in profit compared to 2018, according to a statement made in January by Adrian Volintiru, the general manager of the company.

Only the capping of natural gas price will produce sure net profit losses of over RON 900 million to natural gas producers, since the profit tax will decrease by RON 145 million, according to Deloitte’s calculations.

As a result, state’s total direct losses, due to the price cap on natural gas, amounts to RON 2.26 billion in 2019, including the decrease of royalties, VAT collection and dividends, says the source mentioned.

Losses of the state budget (only for the gas sector) „represent 17% of social benefits paid by the Romanian Government in 2017 and would cover 100% of certain essential social benefits,” says a Deloitte study released in February.

OUG 114 will also have a late impact on energy investment:

More seriously, though, „from a promising role of a regional energy security provider, Romania would come to supplementing gas imports from outside the EU in order to meet domestic consumption,” says Deloitte study.

5G, thrown in the air

The largest telecom operators claim that the total impact of OUG 114 measures will account for EUR 3.3 billion this year, an amount that exceeds industry’s annual revenues and represents 60% of the total investment of mobile operators in the last 10 years.

Approximately EUR 3.1 billion would represent only the money earned by the state from the 5G tender this year and the difference is the impact of the 3% tax on turnover. Some investors, however, have given to understand that they are considering the possibility of not participating in the tender, a situation that would harm the state budget, which included RON 2.1 billion collected from the sale of licenses.

Operators argue that the measures are breaking the European law and could compromise the investment that the sector needs in order to remain competitive.

A first effect of the measures was the increase in consumer bills, with several companies having informed their customers about tariff increases.

Amendments made last week change nothing in OUG 114 provisions for telecoms operators, with the exception of a new fine of up to 10% on turnover introduced for „performing works for accessing properties by providers of electronic communications networks without a building permit obtained”.

In energy, the Authority in the field is to come up with secondary regulations, but new provisions of OUG 19/2019 have already increased the rate of return on capital invested from 5.66% to 6.9%, which is recognized in the distribution tariffs.

Distributors could benefit from this but final effects are only to be known after the end of the year.

Among the „greed ordinance” winners we can also notice:

Cynicism and lack of responsibility: from „greed” to „hard work”

Latest amendments to OUG, namely the waiver of ROBOR (which would have affected the BNR’s ability to apply an efficient monetary policy), the elimination of certain assets (government bonds, government guaranteed schemes), the application of a lower tax rate and differentiated based on market share, as well as the „bonuses” received by banks that maintain low margins and a growth rate in lending of over 8% would significantly reduce the impact of the tax on assets. The latest estimate Teodorovici made public is below one billion lei.

Previously, the National Bank of Romania (BNR) estimated the effect to about RON 5.4 billion, given that the first form of the OUG, presented by the Finance Minister in December, would have had colossal effects (the banking sector would have gone to losses, and solvency would have been severely affected).

A first effect of the tax on bank assets was felt in the first months of the year when the state resumed the weekly auctions to attract capital for financing the public debt service. As it was uncertain whether government securities, registered in banks’ asset base, would be included in the tax calculation, the banking system, the most important local bond purchaser, either did not participate in the auctions or asked for interest rates that the Ministry of Public Finance (MFP) considered too high.

In the first three months of 2019, the state borrowed about seven billion lei, less than it should have, judging by the differences between the amounts it intended to attract and the amounts actually obtained.

In the first 22 auctions, the Finance Ministry failed to attract the desired amount (in nine instances) and the difference between the prospectuses and the amounts obtained was of RON -2.1 billion. The extra amounts attracted (the amounts obtained above the value from the prospectus, when interest rates requested by investors were considered advantageous by MFP) were only RON 1.3 billion (calculations refer exclusively to competitive offers, as differences in non-competitive offers are relatively insignificant).

In net terms, the difference is almost one billion lei. Otherwise, market sources have confirmed for cursdeguvernare.ro that the Ministry of Finance seems to lag behind in terms of loan program of this year. Given that the state borrows, on average (depending on banks’ offer and interest rates auctioned), about four billion lei a month, the program seems to be delayed by at least one month.

Banks would be fiscally encouraged to increase their lending rhythm (apart from lending through government programs), with the tax rate being reduced for banks that increase their portfolio by 8%.

Bankers have warned, however, that any measure that affects their profitability affects their ability to invest in developing products and infrastructure, needed for lending more and more efficiently, especially when it comes to companies.

„As the bank (Banca Transilvania, editor’s note) developed and made a profit, the bank has always allocated from this profit a consistent share to the business area so that we can test models, have new ideas, try the approach different segments. Only in the past three years, the bank financed over 50,000 small SMEs from this base. (…) Based on the profit, we have been able to develop and create increasingly interesting schemes, precisely for this access to financing,” explained last month Tiberiu Moisa, deputy CEO of Banca Transilvania.

The last version of the tax on assets seems to rather favour government crediting or the focus on government programs such as First Home, as these assets were removed from the asset tax base.

Several banks have started to adjust their revenues by increasing some costs for the customer.

These increases overlap with the ROBOR increase over the past two years, in the context of rising inflation, and a significant increase in funding costs is likely to affect the population’s appetite for loans.