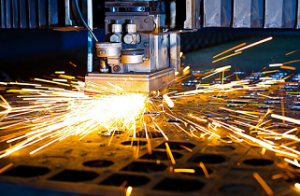 According to the data communicated by the NIS, in January 2020, Romania registered a new decrease in monthly industrial production, by -2.4% in gross series and -3.1% in adjusted series compared to the same month of the previous year.

Compared to the previous month, the production randomly increased by 3.5% in gross terms and 2% in series based on the number of working days and seasonality.

Unfortunately, that is the eighth month in a row within the negative range maintained for industrial production.
It resulted in a level of more than three percentage points of results achieved in the first month of the year, consisting of the decline by -2.1% in the manufacturing industry, -2% in the extractive industry and -7.6% in the production and supply of electricity and thermal energy, gas, hot water and air conditioning, with the note that we can come up with a justification only for the latter, in the context of warmer weather than normal.

We recall that, from systematically being the growth drive of GDP formation over this decade, in 2019 the manufacturing industry has come to generate a negative influence on the economic growth (-0.3 percentage points and even -0.6 pp. in quarter IV) and last year its contribution to GDP formation was reduced by almost two percentage points.

For reference, we have tried to see what is happening at the European level with the manufacturing industry, based on the data updated by Eurostat, for the states in the region that have already communicated the results from their national industry. As well as the situation of the three major partner economies in the EU, respectively Germany, Italy and France. 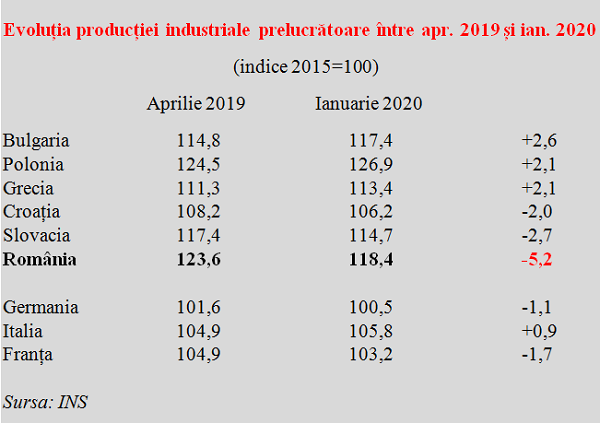 The conclusion is quite clear and worrying at the same time. Although it maintained a good value in the European context compared to the reference year 2015 (also favoured by the lower reporting base), Romania has performed relatively poorly over the last months in the manufacturing sector.

Even in the context of some influences at the international level, transmitted through production chains of which we are part.