The intergovernmental agreement between the United States and Romania in the nuclear-civil cooperation field has received the European Commission’s approval, and Romania will start construction… END_OF_DOCUMENT_TOKEN_TO_BE_REPLACED

A system which can save Romania from the packages waste and, at the same time, can ensure fulfillment of obligations in the field towards the… END_OF_DOCUMENT_TOKEN_TO_BE_REPLACED

Romanian Leu was much more stable during the pandemic than the currencies of Central European countries with a similar exchange rate regime, the Czech Republic,… END_OF_DOCUMENT_TOKEN_TO_BE_REPLACED 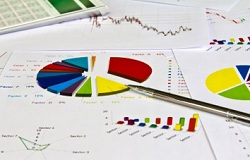 The general consolidated budget ended the first two months of 2017 with a 0.05% micro-surplus of the estimated GDP for the current year, according to the data released by the Ministry of Finance. Compared to the same period of the last year, budget revenues declined by almost EUR 500 million and the expenses decreased by about EUR 100 million.

If considering the most important components of the budget revenues, we can see, in a summary, the effect of the economic policies presented during the election campaign and subsequently implemented, where the mix designed to stimulate the economic growth, of cutting VAT while increasing the revenues, has already produced the following result:

Of course, we might wonder what use is the economic growth from the society’s perspective, if it brings less money to the budget, money that would be very necessary for providing certain social services and for the investments that would transfer in a durable and sustainable way the production costs from compensating the infrastructure shortcomings to offsetting the wage gap to the West.

To figure out the organization of the surpluses and deficits in the general consolidated budget, we have made a suggestive zero-sum selection in the implementation of its main components. Pay great attention, though, to the budget revenue share of total public finances, which declined to less than 40%, while the expenditure exceeds 50%.

More simply put, we are dealing with an increasingly weaker state in terms of financial strength, which assumes (based on deficits that are unsustainable over time) greater and greater obligations. Although the data clearly indicate that it cannot afford them, even under a strong economic growth (what on earth are we to do when we inevitably plunge into a recession?).

Two thirds of the already huge state budget deficit went in the first sixth of the current year to support the social security budget, which cannot be self-sustainable with the money collected for this purpose, but needs to be balanced by law. Here, we could also come up with an interpretation of the law that the balance should be made TRANSPARENTLY, through the contribution level and not in an OPAQUE way, by subsidies from the money that the state budget does not actually have.

The situation repeats itself on a smaller scale for the national health insurance fund. It has not to be balanced by law and then it is ok to appear as a whole with a stupefying surplus of almost 300 million lei although the deficiencies from the healthcare system (the lack of vital medicines or the lack of vaccines that exposes an entire generation at the risk to catch serious diseases) are obvious.

If we add the bizarre surplus of the unemployment insurance budget (families of unemployed have the highest risk of poverty and social exclusion), where the level of cost coverage by collected revenues reached 215% (!), we exceed only with these surpluses from healthcare and unemployment insurance the entire social-democrat budget surplus, which should be a contradiction in terms.

Salaries and pensions instead of investment

A selection of the expenditures from the first two months of the year also shows the effects of the wage increase philosophy (the already applied one, not the one to follow!) in the same time with the increases of pensions and some social benefits (of course, those already applied, not those to follow!!). In short, they have suspended some investments for the future to send money in today’s consumption.

Interestingly, the state employees and social assistance recipients split the gain obtained following the elections fifty-fifty (1.24 billion lei for each category) in nominal terms, but the first marked an increase by over 40% higher, as they are placed closer to the power. The reverse of this irresponsible race of increases will come in mid-year, when pensions will increase further (we shall see how) by an additional 9%.

Luca de Meo (foto), the new general manager (CEO) of Renault group, considers that Dacia project proved to be a miracle and that no one… END_OF_DOCUMENT_TOKEN_TO_BE_REPLACED

A former Soviet airbase in central Romania could become a hub for US Air Force operations in south-eastern Europe, where the Pentagon is seeking to… END_OF_DOCUMENT_TOKEN_TO_BE_REPLACED

Nuclearelectrica's Board of Directors has been mandated to initiate proceedings to terminate negotiations with China General Nuclear Power Group (CGN), as well as legal effects… END_OF_DOCUMENT_TOKEN_TO_BE_REPLACED

Romania imported an amount of electricity of almost 796 GWh in the first month of this year, by more than 36% above what it exported… END_OF_DOCUMENT_TOKEN_TO_BE_REPLACED

GFG Alliance has committed to invest one billion euros to upgrade Galati steel plant in order to reduce emissions and increase production. Another EUR 1… END_OF_DOCUMENT_TOKEN_TO_BE_REPLACED

The Transport Ministry, as the Intermediate Body in Transport, approved the financing request for the project "Construction of Sibiu - Pitesti highway", Sections 1, 4… END_OF_DOCUMENT_TOKEN_TO_BE_REPLACED

Lack of trust in authorities, corruption and low living standards are the main reasons why young people leave Romania. The data is part of a… END_OF_DOCUMENT_TOKEN_TO_BE_REPLACED

Romania is the EU country with the fewest cars in terms of the number of inhabitants, according to data recently published by Eurostat. We appear… END_OF_DOCUMENT_TOKEN_TO_BE_REPLACED

The Government is preparing the public for the first measures aimed at avoiding the budget slippage, which would be applied by the PSD-ALDE government. News… END_OF_DOCUMENT_TOKEN_TO_BE_REPLACED

French Prosecutor Jean-Francois Bohnert will be appointed as head of the European Financial Prosecutor's Office, a position for which he was heard on Thursday, 11… END_OF_DOCUMENT_TOKEN_TO_BE_REPLACED

Romania recorded the highest road deaths in the EU also last year, with 96 deaths per one million inhabitants in 2018, almost double the EU… END_OF_DOCUMENT_TOKEN_TO_BE_REPLACED

Sorina Pintea announced on Thursday further new changes that will be brought to the functioning of the health care system, including new rules for employment… END_OF_DOCUMENT_TOKEN_TO_BE_REPLACED

The new order on approval and selection procedures for insolvency practitioners is an important step to a very good direction, industry experts say. ANAF is… END_OF_DOCUMENT_TOKEN_TO_BE_REPLACED