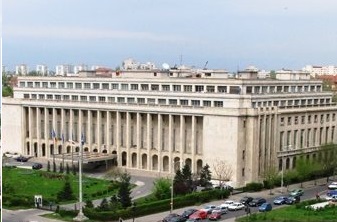 The Government adopted on Thursday the draft Emergency Ordinance for amending and supplementing legislation in the field of insolvency, which provides among other things for the transformation of budgetary receivables into shares.

Business people could get rid of the public-law liabilities of the companies they control as the draft gives the state the possibility to convert debt into shares in that company.

At the same time, the ordinance hinders the starting of the insolvency procedure in companies with public-law liabilities of over 50%.

Insolvency practitioners have criticized the draft prepared by the Government and have advanced several amendment proposals. The Finance Minister recently accused the Minister of Justice of delaying the Government’s approval on this draft.

„ANAF will have a clear procedure so that when the law says it has to do certain things, it needs to justify very clearly the two variants. When it takes a decision, to ask for a company’s bankruptcy, it would need to explain why it does that when it does not apply a measure, why it does not apply it, why it proposes a debt to equity swap, and what economic reason exists, and so on. The primary legal framework is covered. At a working procedure level within ANAF, things will be very clear,” Minister Eugen Teodorovici said at the end of the meeting.

„Changes of the legislation are meant to stop some abusive practices, such as repeated insolvency, in order to elude the payment of obligations to partners and the state budget,” Viorica Dancila said at the opening of the Government meeting.

The Prime Minister has justified that over 28,600 taxpayers are subject to the insolvency legislation.

„Under these circumstances, we come up with a set of regulations that make the insolvency procedure more efficient. We are considering both providing conditions for the recovery of viable companies and protecting the public money by recovering budgetary receivables,” the Prime Minister also said.