Gold reserve was still untouched: Populist diversion or another act against the BNR’s independence - CursDeGuvernare.ro

Gold reserve was still untouched: Populist diversion or another act against the BNR’s independence 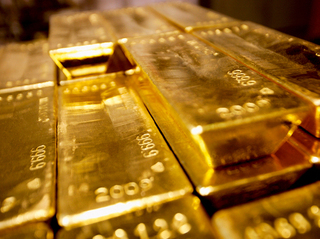 The draft law on the so-called repatriation of Romania’s gold reserve is either a populist diversion or another attempt to remove gold from the administration of the National Bank of Romania (BNR), according to experts.

„The gold reserve cannot be used as a guarantee for loan operations to finance any projects of the state or its entities if those projects do not meet the necessity conditions of a major crisis, according to the BNR law, argues the experts asked by cursdeguvernare.ro.

The gold reserve is a chapter in the BNR balance sheet and therefore „the law on the central bank and other laws should be amended so that the gold should be removed from the BNR’s balance sheet and used in a non-transparent way as collateral,” one of the quoted sources says.

National gold can still be used now as a guarantee, in London, but the financial world would find out and sanction Romania’s loans accordingly, and their costs would increase because investors would lose their confidence.

On the contrary: buyers would have more confidence in a depository like the Bank of England.

On the other hand, another government temptation would be to use the gold reserve to finance the budget deficit, as there is a political attempt in Italy. Only that there would not be any „repatriation” needed if sales were transparent.

In addition, the gold reserve value, of not even EUR 4 billion would not justify the effort of difficult legislative changes. 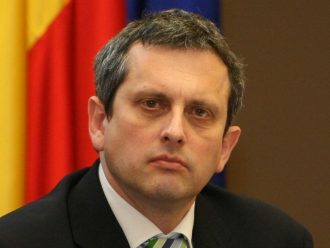 This is the main idea,” said Valentin Lazea (photo), Chief Economist of the National Bank of Romania, quoted by Agerpres, mentioning he speaks a private capacity.

Also, other experts even consider “this scenario as a phantasmagoria. No one believes you have so much gold as you say if you keep it at home and not in an independent institution. Unless you want to bring it as a pledge to the lender, but that’s very difficult and costs too much. Just think of how to secure a shipment of one tonne of gold,” says another expert who prefers to preserve his anonymity „in such a sensitive issue.”

In fact, Mugur Isarescu, the Governor of the National Bank of Romania, has argued on various occasions that keeping Romanian gold at the Bank of England is a matter of credibility. 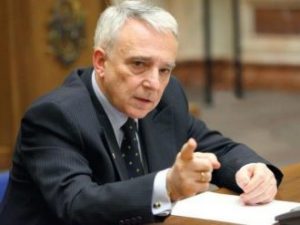 „The international reserve – the gold and the amount of EUR 32 billion – is being held out of the country because it can be verified at any moment at the international level in the system of accounts, otherwise it has no value,” explained the BNR Governor.

Another explanation for the draft law, which limits the proportion of Romania’s gold reserve to 5%, could be „a mere populist diversion that detracts from the counter-performance of the current government, recently revealed by the country report issued by the European Commission” the expert quoted above also believes.

Gold reserves are part of Romania’s international reserves of which it represents 10.1%. The weight varied between 7 and 10% in the period 2005-2018, depending both on the increase in foreign exchange reserves and the rise in the price of gold, according to BNR data.