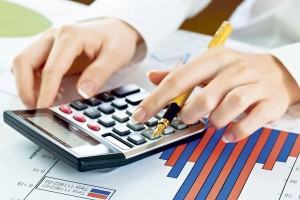 Romania ranks fourth among the EU member states in terms of foreign-controlled enterprises’ added value share in the national economy, according to a recently concluded analysis published by Eurostat.

The development trend in the economy segment under foreign control has deepened during this decade, with an increase of 2.3 percentage points at the EU level. Even the European locomotive, Germany, is very close to the EU average, with 24.8%. 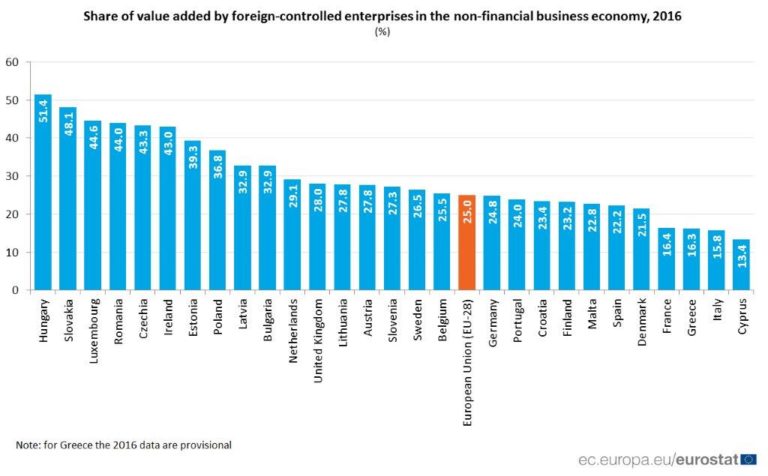 Although, at EU level, it holds only 1.2% of the total number of enterprises, foreign capital provides 15.3% of the jobs. Which implies (given the result of 25% of added value in the economy) a productivity of 163% of the national average across all EU countries, showing the extra dynamism and also explaining the interest for investment outside the country of origin.

Eurostat’s more detailed data show that there are almost one-tenth of the EU foreign-controlled companies in Romania (27,662 enterprises compared to a total of 280,808 European enterprises) and the gross operating surplus amounts to nearly EUR 13 billion, a value placed between about EUR 8.5 billion in Portugal and EUR 20 billion in the Czech Republic, countries that have a GDP very close to Romania.

Related to the value of production obtained by foreign-controlled enterprises in the three countries (about EUR 88.6 billion at us, EUR 157.2 billion at Czechs and EUR 53.1 billion at Portuguese), we see values obtained very close to profitability, with the 14% from Romania slightly above the 13% level in the Czech Republic but below the level of 16% in Portugal.

Europe’s giants and fundamental differences between them

Beyond the presence of other countries’ capital in an own economy, the balance of these investments is what counts very much, which is best expressed by the net investment position as a share of GDP (otherwise, a criterion on the EU’s macroeconomic scoreboard, with a requirement of maximum – 35%).

For example, Germany has 25% of the gross added value produced under foreign control, but in fact by investing in other states, it also had a positive net position of around 51% of GDP in 2016 (the year on which Eurostat completed the analysis at the beginning of 2019), further increased to 61% in 2018.

By comparison, although the foreign presence in the French economy was significantly lower (see the above about 16%), France had a negative net position of -15% of GDP, diminished to -12% last year.

Romania and other colleagues

Going back to the Czech Republic, Romania, Portugal trio, net investment position is the one that makes the difference and explains the Czech economic dynamism (moderate but solid) compared to the Portuguese stagnation.

Therefore, the Czech Republic checked the European criterion with -27%, Romania was striving around -49% (later improved toward 45% based on the GDP growth, but we would also need some Romanian investments abroad) and Portugal more or less missed the opportunity with -105% of GDP.

On the other hand, in the context of the globalization expansion and the integration into the EU single market, perhaps we should learn something and start using the difference between the „Romanian economy” and the „economy in Romania”.

Obviously, if we consider that four fifths of the financial sector is under foreign control, the simple majority of gross added value in Romania depends (whether we like it or not) on decisions taken outside the country. Decisions on which we should pay more attention when adopting internal policies concerning the „local” economy.

Statistics on foreign-controlled enterprises (abbreviated as FATS from Foreign AffiliaTes Statistics) are standardized at the EU level and imply a direct or indirect control, materialized in the ability to decide the company’s strategy, the way of managing the business, and the ability to appoint the majority of directors.

In most cases, this approach involves a foreign investor holding more than 50% of the shares or voting rights, directly or indirectly (through another affiliated entity).

There is also the possibility for a control minority to exist, which owns no more than half of the shares or voting rights.