Net subscriptions in Romanian mutual funds (the difference between invested and withdrawn amounts) became again positive in 2019 after they had been negative in 2018.… END_OF_DOCUMENT_TOKEN_TO_BE_REPLACED

Romgaz (SNG) announced the start of production in the deep area of Caragele deposit (Buzau), the biggest discovered in the last 30 years and one… END_OF_DOCUMENT_TOKEN_TO_BE_REPLACED

Romania managed again to stand out at the EU level by recording the highest level of the public deficit in the third quarter of 2019,… END_OF_DOCUMENT_TOKEN_TO_BE_REPLACED

According to data provided by INS, in November 2019 Romania recorded a new alarming decrease in monthly industrial production at the level of the negative… END_OF_DOCUMENT_TOKEN_TO_BE_REPLACED

Almost 600,000 Romanian children and young people aged between 0 and 19 years, that is 12.6% of the total Romanian people in this age group,… END_OF_DOCUMENT_TOKEN_TO_BE_REPLACED 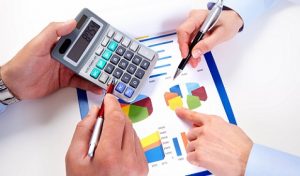 The Fiscal Council published a preliminary opinion on the 2018 draft state budget on Wednesday, stating that this draft remains within the already traditional pro-cyclical fiscal policy, leading to deepening the deviation from the medium-term objective, in contradiction with the tax rules laid down by the Law on fiscal-budgetary responsibility (LRFB).

According to this opinion, one of the problems of the 2018 budget project is:

The deficit position below the 3% threshold is significantly dependent on exceptional revenues.

The institution also appreciates that “the chosen macroeconomic scenario is rather optimistic, whose parameters appeared positioned at the top of the range of possibilities“, in the context that, in reality, the “risk balance is inclined towards less favourable developments than those taken into account.”

Specifically, the Fiscal Council states that “VAT revenues forecasted for 2018 appears to be significantly overvalued, even under the CNP macroeconomic scenario.” That, the Fiscal Council says, will generate “implications for ensuring the financing of local authorities“.

In addition, the Council considers that: the social assistance costs appear to be significantly undervalued.

The most important findings of the Fiscal Council, as follows:

Convergence to the medium-term objective really starts in 2020

Budget construction targets a deficit slightly below the reference level of 3% of GDP corresponding to the corrective arm of the Stability and Growth Pact (SGP).

Irrespective of the estimated level of the excess demand (it is noteworthy that there are still significant differences between the evaluations of the National Prognosis Commission-CNP and the latest assessments available from the European Commission on the rhythm of the potential and effective GDP growth, CNP evaluations being significantly more optimistic), the budget construction sets a massive slippage, which continues to widen in 2018 as well, from the requirements of the SGP’s preventive arm, also transposed into the national legislation through LRFB.

Convergence towards the medium-term objective (defined as a structural deficit of 1% of GDP) is expected to start only in 2019, but the assumed budget deficit targets imply a structural effort below the minimum benchmark of 0.5 pp from GDP, set by the European regulations in 2019 and only equal with it in 2020.

The medium-term macroeconomic scenario underpinning the budget construction is in line with the previous CNP assessments, but remains significantly more optimistic than other institutions’ forecasts, although developments in the current year place the forecasted increases for the coming years within the possible range.

In the opinion of the Fiscal Council, this scenario is rather inappropriate from the point of view of a prudent budgetary construction, as the balance of risks leans towards less favourable macroeconomic developments than those considered.

The Fiscal Council identifies unusually high risks related mainly to the future behaviour of the private sector in response to the recent amendments to the Tax Code related to the labour taxation (in particular the transfer of social contributions from the employer to the employee’s responsibility), a scenario in which the gross salary growth would be lower than the one envisaged in the projected budget revenues having a high probability, with implications for the evolution of the private consumption and the economic growth overall.

To these there are added risks of introducing some possibilities of tax arbitrage following the capping of the social contributions base to the national minimum wage for the incomes from independent activities and a more favourable tax regime for micro-enterprises (with reference to the applicability of the taxation on turnover for companies that obtain revenues from consulting and management activities), liable to encourage the wage income understatement (especially for high wages).

The Fiscal Council has reservations about the forecasted evolution of the VAT revenues in the draft budget, with a preliminary analysis indicating their potential overvaluation even in the context of using CNP’s macroeconomic scenario.

VAT revenues are projected to increase (after adjusting the figures corresponding to 2017 and 2018 to the temporary impact of the compensation schemes for the outstanding budget liabilities) by 16.3% (or RON 8.6 billion) compared to the level estimated for 2017 in the second budget amendment.

The advanced dynamics substantially surpasses the private consumption rhythm (net self-consumption) forecasted by the CNP and the text of the Report on the macroeconomic situation indicates, on page 81, as an explanation for this evolution, the impact of the introduction of the split VAT payment and some measures applied by ANAF to improve tax collection, estimated at RON 4.9 billion.

The Fiscal Council is sceptical regarding the validity of such an assessment: beyond the objection, as a matter of principle, to the characteristic showing a lack of prudence in the ex-ante inclusion in the revenue projection of the difficult or impossible to measure impact of some measures intended to improve tax collection, the additional revenues mentioned in the text of the report appears to be inconsistent with the previous MFP assessments related to the mandatory and generalized introduction of the split VAT, which indicated additional revenues of only RON 2 billion in 2018, in the context that the application of the split VAT payment has been significantly narrowed (to a level that makes possible the scenario of avoiding business relations with those enrolled in this payment mechanism by the other companies).

Based on the above, the Fiscal Council considers that VAT revenues for 2018 are most likely overvalued by about RON 3-4 billion, beyond the possible impact of some cyclical developments less favourable than those considered in the budget construction.

Furthermore, as additional VAT revenues are the main source of compensation for the revenue loss of local administrations, following the income tax cut from 16% to 10%, in the context of maintaining the split quota, the possibility of not collecting these revenues is likely to cause budget difficulties for them.

Doubts related to exceptional revenues on which the budget is based

In the first case, there is a significant risk of not obtaining the revenues at the forecasted level – worldwide heavy water exports amounted to only USD 62.4 million in 2016, and on the local level, total expenditures on Nuclearelectrica S.A. goods and services were, according to the company’s 2017 statement of revenue and expenditure, 617.5 million lei.

In the latter case, these revenues will not be reflected in an equivalent manner in the budget implementation based on SEC 2010, where they are to be distributed linearly over the life of the concession, thus contributing to a negative spread between the budget balance based on SEC 2010 and the cash one and therefore, ceteris paribus, to a SEC 2010 deficit higher than the deficit calculated based on the national methodology.

Similar to the situation that the Fiscal Council found at the adoption of the 2017 budget law, the 2018 social assistance expenditure appears to be significantly underestimated in relation to the trends already seen in the 2017 preliminary budget implementation (relevant, given that it is about permanent expenditure) and the dynamics of the pension point.

The extrapolation in 2018 of the implicit flow of social assistance expenditures related to the state budget in the fourth quarter of 2017 (determined as the difference between the amount budgeted in the second budget amendment and the nine-month implementation) would indicate a level of at least 30.9 billion lei, which, given that the budget allocation according to the draft budget is 28.4 billion lei, indicates a need of about 2.5 billion lei higher than the budgeted level.

Adding to this figure the impact of raising the minimum social allowance from 520 to 640 lei (which would generate additional expenses of 600 million lei for six months of implementation in 2018) and the indexation of special pensions based on inflation, the level of the undervaluation of social assistance expenditures in the state budget is probably at least 3.1 billion lei.

The BASS social assistance costs are expected to increase by 8.7% compared to the level recorded in 2017 – in the context in which the weighted value of the pension point is 9.5% higher in 2018 than in the previous year, they appear undervalued in relation to the needs by at least 500 million lei.

Finally, the Fiscal Council considers it is inexplicable the decrease of the social assistance expenditure at the level of local authorities by 370 million lei compared to the level budgeted for 2017.

Altogether, the elements described above seem to indicate an undervaluation of the social assistance expenditure of about RON 4 billion.

The Transport Ministry, as the Intermediate Body in Transport, approved the financing request for the project "Construction of Sibiu - Pitesti highway", Sections 1, 4… END_OF_DOCUMENT_TOKEN_TO_BE_REPLACED

Lack of trust in authorities, corruption and low living standards are the main reasons why young people leave Romania. The data is part of a… END_OF_DOCUMENT_TOKEN_TO_BE_REPLACED

Romania is the EU country with the fewest cars in terms of the number of inhabitants, according to data recently published by Eurostat. We appear… END_OF_DOCUMENT_TOKEN_TO_BE_REPLACED

The Government is preparing the public for the first measures aimed at avoiding the budget slippage, which would be applied by the PSD-ALDE government. News… END_OF_DOCUMENT_TOKEN_TO_BE_REPLACED

French Prosecutor Jean-Francois Bohnert will be appointed as head of the European Financial Prosecutor's Office, a position for which he was heard on Thursday, 11… END_OF_DOCUMENT_TOKEN_TO_BE_REPLACED

Romania recorded the highest road deaths in the EU also last year, with 96 deaths per one million inhabitants in 2018, almost double the EU… END_OF_DOCUMENT_TOKEN_TO_BE_REPLACED

Sorina Pintea announced on Thursday further new changes that will be brought to the functioning of the health care system, including new rules for employment… END_OF_DOCUMENT_TOKEN_TO_BE_REPLACED

The new order on approval and selection procedures for insolvency practitioners is an important step to a very good direction, industry experts say. ANAF is… END_OF_DOCUMENT_TOKEN_TO_BE_REPLACED

Romania lost to Estonia in the final vote to get the non-permanent member position within the UN Security Council for the period 2020-2021. On Friday,… END_OF_DOCUMENT_TOKEN_TO_BE_REPLACED

eMAG hopes to get the opinion of the Hungarian Competition Council over the next two months for the acquisition of Extreme Digital, the market leader… END_OF_DOCUMENT_TOKEN_TO_BE_REPLACED