Finance Ministry – officially: Yes, social contributions will be transferred from employer to employee but net salaries will not decrease 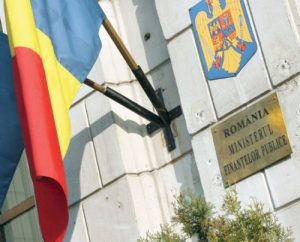 Social contributions will be entirely transferred to the employee as of January 1, 2018 – the Ministry of Finance announces in a press release.

Despite the controversies and hesitations of the authorities – which have calculated the salary increases based on this transfer of social obligations – the Finance Ministry announces this change, even though it has been vehemently denied by Prime Minister Mihai Tudose just one day before.

The level of the obligatory social contributions is expected to decrease by 4.25 percentage points, from 39.25% to 35%, as of January 1, 2018, the Ministry of Public Finance announced on Thursday.

„Contributions will be due by the employee, but the obligation to calculate, withhold and pay them to the social security budgets continues to lie with the employer,” says the ministry.

The ministry offered this clarification „following the requests from the press and the business community to clarify the aspects regarding the transfer of the employer’s obligations related to CAS and CASS to the employee” – although this topic has been for over four months on the list of key questions that media was addressing on weekly basis to the authorities.

The amounts representing CAS and CASS are currently „owed by the employer on their own behalf” and „will be taken over by the employee. This measure will help the employee increase the score considered when calculating the pension and implicitly obtain a higher pension.”

The Ministry claims that „the measures will not involve an increase in the salary costs for the employer. At the same time, given the income tax decrease, neither the employee’s net income will be affected.”

The press release of the ministry follows a series of contradictory statements that culminated on Tuesday with an equivocal reaction of Prime Minister Mihai Tudose to the journalists’ insistence to get clarifications regarding the payment of social contributions:

„I do not know where you keep coming up with this thing. Tell me who told you? … No, they will remain based on the current model, all taxes like this – CAS, CASS – will be paid by the employer,” the Prime Minister said on Tuesday.

Later, on Thursday, the Prime Minister promised at the beginning of the government meeting that „there will be very clear explanations on the websites of the Ministry of Public Finance and the Ministry of Labour as to who pays and how they pay the contributions.”

Earlier, the same day, Mihai Tudose had attended the Tripartite National Council for Social Dialogue meeting where the issue of social contributions has been discussed.