Erste Research: Fiscal instruments designed to stimulate the economy have reached their limits. Countermeasures to fiscal loosening to follow in 2017 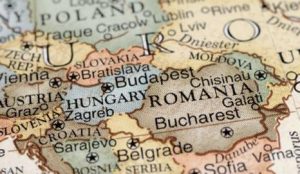 Romania and Poland „have a very limited room for manoeuvre in the tax area” – if needed, in case that the budget deficit would exceed the 3% threshold, estimate the analysts from Erste Group Research, within an analysis on the prospects of the Central and Eastern Europe (CEE) countries in 2017.

„While the tax situation has considerably improved for many CEE countries, as they have reduced the budget deficit below 3% (except for Serbia), we find that Romania and Poland have tax a very limited room for manoeuvre in 2017,” mentions the report cited.

Fiscal policies of Romania and Poland „are culpable because they promoted an unprecedented relaxation – in Romania, or an ambitious program of social spending, insufficiently covered by regular tax revenues in Poland”.

The budget deficit will fall below 3% of GDP in 2016, but the „room left for action will be very small in 2017 and certain countermeasures will definitely be needed in 2017, to keep the deficit within the same limit.”

Even though „we do not expect for Romania and Poland to be warned by European officials, that will happen in 2018, unless corrective measures are taken,” reads the report.

On the other hand, the Erste Group Research analysts believe that Romania’s economic growth for the next year will be the result of the tax loosening rather than the investment or the absorption of the European funds.

Romania will experience an increase of the current account deficit, while Hungary and Slovenia will strengthen their surplus, and the Czech Republic and Slovakia will maintain theirs. 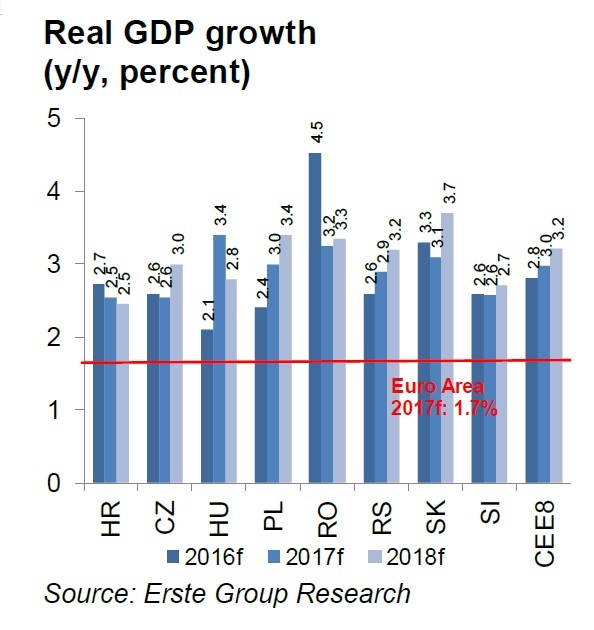 In terms of currency, they do not foresee any inversion in the current depreciation of the CEE currencies, trend that occurred in the markets following the capital withdrawals triggered by the promises of the US President-elect.

Romanian leu is, as the Hungarian forint and Polish zloty, prone to high volatility of quotations, especially if, in Romania’s case, the new government does not take countermeasures to balance the effect of tax loosening following the laws which have been declared constitutional.