Romania’s big re-launch plan for the next decade places transport infrastructure at the centre of investments, with an allocation of 60% of the total amount.… END_OF_DOCUMENT_TOKEN_TO_BE_REPLACED

The general consolidated budget registered in the first half of the current year a deficit of about RON 45 billion, equivalent to 4.2% of the… END_OF_DOCUMENT_TOKEN_TO_BE_REPLACED

At the European level, there is an agreement to introduce a “modest” tax on disposable plastic, a first source of income to support the repayment… END_OF_DOCUMENT_TOKEN_TO_BE_REPLACED

Long-term interest rate for Romania fell by almost one percentage point in just two months, according to data released by Eurostat. After increasing up to… END_OF_DOCUMENT_TOKEN_TO_BE_REPLACED

Countless investment funds, by way of derogation from five laws – ordinance from which two other prime ministers run away is on Viorica Dancila’s table 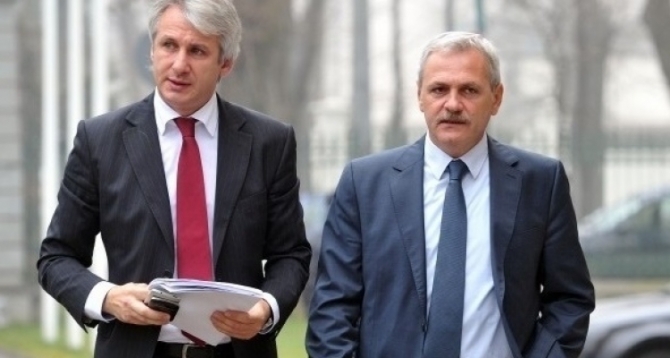 The Ministry of Finance launched a draft emergency ordinance on Saturday establishing the “general framework related to the conditions that a company should meet to be considered a sovereign development and investment fund.”

Two months after the Court decided that a similar draft promoted by the Parliament is unconstitutional the government coalition brings an “improved” version which, if adopted in the form presented by the Ministry of Finance, would allow the establishment of sovereign funds, probably of a “niche” type, depending on the political interests of the moment.

The problem is that this framework contains derogations from various provisions contained by no fewer than five other laws, including the corporate law and the law on corporate governance.

It should be noted that the draft also amends the laws on the establishment of the Romanian Lottery and the National Printing House, companies most likely targeted to be involved in the structure of the future development funds.

Viorica Dancila assumes what two other prime ministers have denied

PSD has included the establishment of a sovereign fund in the government program with which it won the elections but the first two prime ministers of the current coalition – Sorin Grindeanu and Mihai Tudose – have blocked the draft no matter how much Liviu Dragnea insisted to be promoted. Neither Grindeanu nor Tudose offered public explanations on why they did so.

Minister Tudorel Toader has also been accused recently of “sabotage” by Eugen Teodorovici. The Justice Minister did not publicly explain why the ministry’s signature is delayed on the draft.

Whatever the reasons for the two PSD prime ministers’ disobedience, Viorica Dancila does not show signs of hesitation “to implement the government program.”

Ministry of Finance starts from the premise that there are no public instruments in Romania to support the long-term development of major investments in the economy and considers that as “an extraordinary situation where the need of being regulated cannot be postponed and the adoption of immediate measures by emergency ordinance is needed”.

Consequently, the following principle is proposed to the Government for adoption:

“The development and investment sovereign fund, hereinafter referred to as “the Fund”, aims at developing and financing, from own and attracted funds, cost-effective and sustainable investment projects in various economic sectors through direct contribution or other investment companies or funds, by itself or together with other institutional or private investors, including through the participation in public-private partnerships, as well as the management of its own financial assets, in order to obtain profit.”

The principle is to be transposed by another, or other, Government decisions.

How state is willing to get into business

The text states that the state “may contribute movable and immovable assets to the Fund’s share capital”. Here are two important points of the draft:

The funds necessary to cover cash payments are provided from the budget of the central public authority that exercises on behalf of the Romanian state the rights and obligations resulted from its status of sole shareholder, under the conditions established by the government decision stipulated in art.4 par (1), within the limits of the budgetary provisions approved for this purpose and/or from privatization revenues.

The in-kind contribution shall be established by the government decision provided for in art. 4 par. (1) and may also consist of movable and immovable assets privately owned by the state.

What kind of business the state wants to do

The Fund would operate based on of its own strategy, approved by the General Shareholders Meeting based on a mandate previously approved by government decision. The strategy is issued for a period of over three years and reviewed “each time is needed”.

The strategy should be linked to a set of medium to long-term performance indicators set by the general shareholders meeting and will address the following areas and activities:

How the state will run the business

An Investment Fund will be managed in a dual system by a supervisory board and a directorate, in accordance with the provisions of Law 31/1990, republished, with subsequent amendments and completions.

The selection procedure for the management is carried out by the central public authority that exercises, on behalf of the Romanian state, the rights and obligations stemming from the sole shareholder status.

When defining the selection criteria and/or the selection process, this sole shareholder may decide but is not required, to be assisted by an independent expert, a natural or legal person specializing in the recruitment of human resources whose services are contracted under the terms of the public procurement law.

How state can juggle with assets and shares

Luca de Meo (foto), the new general manager (CEO) of Renault group, considers that Dacia project proved to be a miracle and that no one… END_OF_DOCUMENT_TOKEN_TO_BE_REPLACED

A former Soviet airbase in central Romania could become a hub for US Air Force operations in south-eastern Europe, where the Pentagon is seeking to… END_OF_DOCUMENT_TOKEN_TO_BE_REPLACED

Nuclearelectrica's Board of Directors has been mandated to initiate proceedings to terminate negotiations with China General Nuclear Power Group (CGN), as well as legal effects… END_OF_DOCUMENT_TOKEN_TO_BE_REPLACED

Romania imported an amount of electricity of almost 796 GWh in the first month of this year, by more than 36% above what it exported… END_OF_DOCUMENT_TOKEN_TO_BE_REPLACED

GFG Alliance has committed to invest one billion euros to upgrade Galati steel plant in order to reduce emissions and increase production. Another EUR 1… END_OF_DOCUMENT_TOKEN_TO_BE_REPLACED

The Transport Ministry, as the Intermediate Body in Transport, approved the financing request for the project "Construction of Sibiu - Pitesti highway", Sections 1, 4… END_OF_DOCUMENT_TOKEN_TO_BE_REPLACED

Lack of trust in authorities, corruption and low living standards are the main reasons why young people leave Romania. The data is part of a… END_OF_DOCUMENT_TOKEN_TO_BE_REPLACED

Romania is the EU country with the fewest cars in terms of the number of inhabitants, according to data recently published by Eurostat. We appear… END_OF_DOCUMENT_TOKEN_TO_BE_REPLACED

The Government is preparing the public for the first measures aimed at avoiding the budget slippage, which would be applied by the PSD-ALDE government. News… END_OF_DOCUMENT_TOKEN_TO_BE_REPLACED

French Prosecutor Jean-Francois Bohnert will be appointed as head of the European Financial Prosecutor's Office, a position for which he was heard on Thursday, 11… END_OF_DOCUMENT_TOKEN_TO_BE_REPLACED

Romania recorded the highest road deaths in the EU also last year, with 96 deaths per one million inhabitants in 2018, almost double the EU… END_OF_DOCUMENT_TOKEN_TO_BE_REPLACED

Sorina Pintea announced on Thursday further new changes that will be brought to the functioning of the health care system, including new rules for employment… END_OF_DOCUMENT_TOKEN_TO_BE_REPLACED

The new order on approval and selection procedures for insolvency practitioners is an important step to a very good direction, industry experts say. ANAF is… END_OF_DOCUMENT_TOKEN_TO_BE_REPLACED