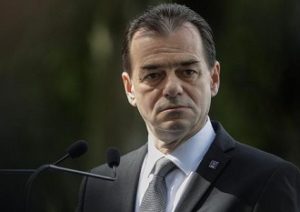 On Thursday, the appointed Prime Minister, Ludovic Orban, presented to colleagues from the National Office the document that he will submit to the Parliament, which contains the measures he considers in case that his government will be sworn.

The government program provides for the correction of the laws in the judiciary field, the professionalization of the public administration, the strengthening of the rule of law and democracy, the fight against corruption, the increase of quality in education, the improvement of health services, the economic development on sound bases, the maintenance of Euro-Atlantic orientation in the foreign policy and the increase of EU funds absorption rate.

Among the urgent measures announced by this program:

The program also lists the main objectives of public investment:

As a general objective, the government program of the National Liberal Party for 2020 states the preparation of reforms necessary for Romania to enter a new stage, the modernization in a European way of public institutions and services.

The main directions will be the professionalization of the public administration, strengthening of the rule of law and democracy, fight against corruption, increase in the quality of education, improvement of health services, economic development on a sound basis, maintenance of the Euro-Atlantic orientation in the foreign policy.

One of the main objectives is to rebuild citizens’ trust in public institutions.

An audit of public institutions is mandatory, as a prerequisite for modernizing the public administration and putting civil servants in the service of citizens. Transparency, integrity, fairness, professionalism and efficiency are the values ​​on which the public administration will be based again. The public system will no longer be reserved for incompetents and personal connections, as it happened in the PSD government.

Correction of laws in the judiciary field is necessary in order to eliminate toxic changes promoted by the PSD over the last three years. Justice should no longer be stopped at the Parliament’s door by amendments that are in favour of politicians with issues.

This legislation must comply with the highest European standards, that is to be in line with the opinions issued by the Venice Commission, the Consultative Councils of European Judges and Prosecutors, as well as the reports of the European Commission and GRECO, following a wide public consultation with practitioners in the field. 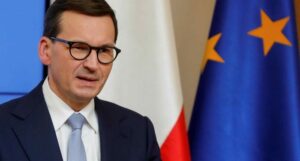