CCR decisions on debt-to-equity swap: They admitted two of the four exceptions of unconstitutionality. Decisions for 25 of 33 cases from pending agenda 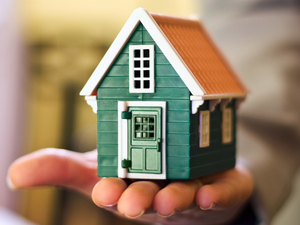 In total, banks have filed 471 complaints on this law.

„Basically, we upheld the exception of unconstitutionality; it was found that the phrase << also from the devaluation of the immovable property>> that was contained in art. 11 thesis I is unconstitutional.

The phrase refers to the fact that the provisions are also applicable to those situations concerning the devaluation of the immovable property. The lawsuit was about the contract payment, not about immovable property and from this point of view we will eliminate this phrase, „said Valer Dorneanu.

„We have also upheld the exception of unconstitutionality and found that the provisions of art. 11 thesis I, in relation to art. 3, thesis II, art. 4, art. 7 and art. 8 of Law no. 77 are constitutional insofar as the court verifies the conditions for the existence of unforeseeability.

I make the mention the courts notified by the banks or other parties did not have this possibility and henceforth the courts will have to consider all the implications of the hardship theory, about the risks and proportionality and other issues,” said Valer Dorneanu, quoted by Mediafax.

Rejection of this exception as inadmissible took into account the fact that all cases in which the exceptions of unconstitutionality were raised concern loan agreements concluded between 2007-2009, namely under the Civil Code of 1864, so that these provisions are not related to the settlement of the cases, as article 29 paragraph (1) of the Law no.47 / 1992 on the organization and functioning of the Constitutional Court is incident.

So far, there were 273 debt-to-equity swap cases concluded, of about 3,900 notifications sent to banks, according to the financial institutions.

President Klaus Johannis promulgated in April the debt-to-equity swap law, saying that he was satisfied with the revised project. „The Parliament has considered the objections raised in the review request, amended the law accordingly and sent it to me. I appreciate that the Parliament has taken account of my observations and I believe that the law in its current form is okay. Accordingly, I have promulgated the law and it will be published today in the Official Gazette,” said the President then.

The Chamber of Deputies passed the law with some amendments made after Klaus Johannis sent it for revision.

The changes from the final form:

The law allows those who took a loan to purchase a house or land on which to build a home to discontinue it by the debt-to-equity swap procedure. This will also apply to persons who are currently under an enforcement procedure initiated by banks.

The National Bank of Romania (BNR) identified for the first time in history, in the Financial Stability Report presented in April, a severe systemic risk, namely the uncertain legislative framework in the field of banking.

The Governor of the central bank said that the severe systemic risk is caused by the fact that the legislative initiatives seek to retroactively interfere in the contracts between banks and clients. The most significant act in this regard is the Law on debt-to-equity swap which will apply, although amended during the review to the current form, to the entire loan portfolio.

Several international institutions, including the Central European Bank, the European Commission and the International Monetary Fund expressed concerns regarding this draft legislation.