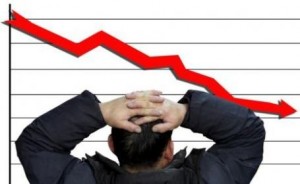 The Foreign Investors Council (FIC) released on Wednesday a statement that expresses its dissatisfaction with the „authorities’ political agenda” containing decisions that „will lead to weakening the rule of law and the regulatory environment needed for a modern economy.”

In the statement, the FIC draws attention that „giving up the application of corporate governance rules to state-owned companies will make Romania’s accession to the Organization for Economic Cooperation and Development impossible.”

The statement, in the following:

“The members of the Foreign Investors Council have noticed recently a significant increase in distrust in public institutions, both from the business environment (FIC business sentiment index) and citizens (latest Eurobarometer), due to the numerous legislative changes that affect the economy and the rule of law in Romania.

On the political agenda of the authorities there are a number of decisions which, in our opinion, will lead to the weakening of the rule of law and the normative framework necessary for a modern economy:

All the above are breaching fundamental elements and principles for a modern country with a competitive economy that ensures the welfare of its citizens. These decisions, taken without consultation and without proper information to the public and the business environment, will provide further arguments for deepening the mistrust in institutions.

Moreover, waiving the corporate governance rules for state-owned companies will make impossible Romania’s accession to the Organisation of Economic Cooperation and Development (OECD), an objective included in the foreign policy chapter of the governing program.

Romania’s long-term potential, including that of becoming one of the most important EU economies, can be achieved by channelling all energies towards such a major objective and by observing the principles of transparency, stability and predictability.

The Foreign Investors Council (FIC) currently has 130 member companies, whose total investments represent a major segment of foreign direct investment in Romania, totalling more than 180,000 employees and a turnover of around 25% of Romania’s GDP.

The main objective of FIC has been and remains to promote the sustainable economic growth, based on an increasingly favourable investment climate in Romania. In the 20 years since the establishment of the organization, member companies have always supported the idea that the path toward the economic development can only be pursued through a dialogue between the business community and the authorities.