This article was written on April 15 and has appeared in the May 2020 issue of the publication “Cronicile Curs de Guvernare”. As such, it… END_OF_DOCUMENT_TOKEN_TO_BE_REPLACED

The general consolidated budget registered for the first four months of the current year a deficit of almost RON27 billion, equivalent to 2.48% of GDP… END_OF_DOCUMENT_TOKEN_TO_BE_REPLACED

Covid is a curse which helps the Romanian economy: it opens no new roads for us but closes the old ones and forces us to… END_OF_DOCUMENT_TOKEN_TO_BE_REPLACED

According to the data communicated by the NIS, in January 2020, Romania registered a new decrease in monthly industrial production, by -2.4% in gross series… END_OF_DOCUMENT_TOKEN_TO_BE_REPLACED

Dacia-Renault presented its “show car” Dacia Spring, “which prefigures the first 100% electric model of this brand” and will enter series production in 2021, according… END_OF_DOCUMENT_TOKEN_TO_BE_REPLACED

Big budget issue: How we consumed European money in 2017 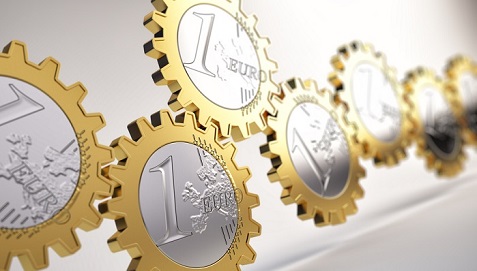 According to data released by the Ministry of Finance, Romania received only EUR 3.05 billion in the first three quarters of 2017, of which EUR 3.04 billion for the 2014-2020 financial framework and the remaining EUR 9.67 million are arrears from the 2007-2013 financial framework.

Obviously, it is impossible to recover the difference of 59% in the last quarter of the year, which will deprive the public budget of about three billion euros of European money (if we extrapolate the amounts received so far).

It is by far the main problem of budget execution in 2017, where the planned deficit is 2.96% of GDP or EUR 5.38 billion at the currently estimated GDP.

The European money could have come for free but for clear development projects, drafted according to the European norms and co-financed by the state budget.

Collecting this money, even at the 2016 level of EUR 7.4 billion (otherwise criticized at that time), would have even allowed for the budget outturn to meet the famous MTO (mid-term objective or financial stability mid-term objective of -1% of GDP assumed by Romania).

For received and paid amounts, we have the amounts showed separately in the two EU financial periods, 2007 – 2013 and 2014 – 2020 respectively. The balance, in terms of importance for the Romanian economy, resulted from the difference between the total collected money and the paid money related to the GDP that Romania obtained since 2010.

Looking back, we can see that the public finances’ dependence on the amounts received from the EU budget has rapidly increased. A significant leap took place in 2013, in 2015 and 2016, the EU money accounted for more than three percent of the national GDP.

In 2017, the “connection” to the 2014-2020 budget period has been made too slowly to compensate the inherent fall in the funds allocated in the previous period, 2007 – 2013, once the important resource resulted from the payment rule of N + 2 / N + 3 years after the extended payment expired ended abruptly.

The embarrassing start from 2014-2015 was concealed in 2016 precisely by the delay in how we moved until 2013. Prioritizing the absorption of the European funds as a matter of extreme urgency should have been natural in 2017 but this did not happen, whereupon the collapse of the money balance with the EU budget.

Practically (with the excuse, otherwise valid, that we are not to blame but to “difficult legacy” and in an electoral/post-electoral period, with its specific requirements), the tactics of risky income allocations has been chosen, with short-term benefits instead of a strategic organisation of the country development in the long run, which would have involved moderation and sustainability.

We consumed money that could have brought us European funds

Instead of moving quickly to put money out of our budget to amplify the effect of the European funds about 7 times (usually the national contribution is 15%) and develop faster the infrastructure, with roads, schools, hospitals and other similar things necessary in a civilized country, we sent our money to consumption.

Even the amounts received rather came automatically, through the already allocated amounts of the European Agricultural Guarantee Fund, which represented most of the money inflow to the country.

Unfortunately, the monumental counter-performance officially registered is not a central topic for public debate, as it should be normal.

Funds for rural development and fishery

The big problem lies with the structural and cohesion funds, less than 10% of the total, which is allocated to clear projects that are in line with the European requirements.

As we joined the EU and paid considerable amounts to the common budget (we are absolutely on track with the payment – the EUR 1.13 billion already paid in the first three quarters head exactly to the billion and a half paid last year), we should have taken care of maintaining a high rate of absorption of the funds made available.

Romania imported an amount of electricity of almost 796 GWh in the first month of this year, by more than 36% above what it exported… END_OF_DOCUMENT_TOKEN_TO_BE_REPLACED

GFG Alliance has committed to invest one billion euros to upgrade Galati steel plant in order to reduce emissions and increase production. Another EUR 1… END_OF_DOCUMENT_TOKEN_TO_BE_REPLACED

The Transport Ministry, as the Intermediate Body in Transport, approved the financing request for the project "Construction of Sibiu - Pitesti highway", Sections 1, 4… END_OF_DOCUMENT_TOKEN_TO_BE_REPLACED

Lack of trust in authorities, corruption and low living standards are the main reasons why young people leave Romania. The data is part of a… END_OF_DOCUMENT_TOKEN_TO_BE_REPLACED

Romania is the EU country with the fewest cars in terms of the number of inhabitants, according to data recently published by Eurostat. We appear… END_OF_DOCUMENT_TOKEN_TO_BE_REPLACED

The Government is preparing the public for the first measures aimed at avoiding the budget slippage, which would be applied by the PSD-ALDE government. News… END_OF_DOCUMENT_TOKEN_TO_BE_REPLACED

French Prosecutor Jean-Francois Bohnert will be appointed as head of the European Financial Prosecutor's Office, a position for which he was heard on Thursday, 11… END_OF_DOCUMENT_TOKEN_TO_BE_REPLACED

Romania recorded the highest road deaths in the EU also last year, with 96 deaths per one million inhabitants in 2018, almost double the EU… END_OF_DOCUMENT_TOKEN_TO_BE_REPLACED

Sorina Pintea announced on Thursday further new changes that will be brought to the functioning of the health care system, including new rules for employment… END_OF_DOCUMENT_TOKEN_TO_BE_REPLACED

The new order on approval and selection procedures for insolvency practitioners is an important step to a very good direction, industry experts say. ANAF is… END_OF_DOCUMENT_TOKEN_TO_BE_REPLACED

Romania lost to Estonia in the final vote to get the non-permanent member position within the UN Security Council for the period 2020-2021. On Friday,… END_OF_DOCUMENT_TOKEN_TO_BE_REPLACED

eMAG hopes to get the opinion of the Hungarian Competition Council over the next two months for the acquisition of Extreme Digital, the market leader… END_OF_DOCUMENT_TOKEN_TO_BE_REPLACED