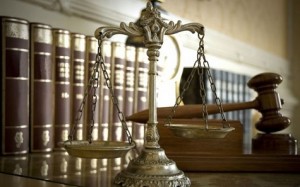 The Businessmen’s Association of Romania (AOAR) asks the ruling coalition to explain the mechanism by which, after changes introduced on Wednesday in the Criminal Code, companies that have won court cases against abuses committed by civil servants will still be able to go against those officials.

For the first time, from the conservative neutrality of the tone used in AOAR’s positions as well as the explicit, firm and accusatory characteristic of the press release shows how high it became the stake of the relationship between the business community and the administration which is no longer accountable for abuses.

The organization says it „firmly supports continuing actions aimed at ensuring accountability and professionalism in the activity of civil servants and state institutions” and expresses its concern about the effects that the amendments adopted on Wednesday in the Chamber of Deputies would produce.

According to AOAR’s press release, „exercising an arbitrary control, the lack of accurate, timely information, the lack of accountability, and the excessive protection act as distorting factors for the competitive market and may lead to fraudulent spending of public funds.”

„AOAR supports the need for a professional and upstanding justice to judge facts, acts and evidences with a maximum celerity, especially in economic cases, situations where the decisions of the judiciary have major consequences for the functioning of local companies.

The amendment of the Criminal Code concerns the business environment due to the additional protection provided to central and local administration officials who can act discretionally and cause losses to companies by failing to comply with their legal obligations or even by drafting criminal cases aimed at intimidating or removing them from the domestic market.

The AOAR asks to clarify how about 20% of companies that have won court cases created as a result of controls concluded with financial decisions/sanctions or even criminal files will still be able to take action against civil servants who have intentionally acted unlawfully, to the obvious detriment of the entrepreneurs.

International reports, such as the one published annually by the World Bank, reveal the dominance of the arbitrary bureaucratic activity, which significantly diminishes the attractiveness of the domestic or foreign investments in Romania.

Amending specific provisions of the Criminal Code on the abuse of office, by excessively protecting officials who refuse or unduly delay numerous opinions/permits/authorizations needed to implement investments, the „arrangements” in some public procurement projects, etc. create the bases for a failure or a poor compliance with legal responsibilities.

The AOAR expresses its concern about the implications that are not assessed on the relationship between the business environment and state institutions and underlines the need for a clear and normative legal definition of the „abuse of office” which eliminates the possibility of an abusive use of this form of sanction, as evidenced by the significant number of acquittals decided by judges, but preserves the accountability for the civil servant.

A normal economic environment should have the possibility to rely on clear and stable laws, responsible and competent civil servants and a professional, intransigent and firm judiciary,”  writes the institution’s release.