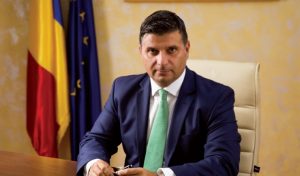 The Ministry for Business Environment, Commerce and Entrepreneurship has asked Romania’s commercial attachés from Romanian embassies to come to the country in mid-July and bring reports on their work from recent years in an attempt to increase their role in improving the international economic relations, according to Minister Alexandru Petrescu.

„We have invited all Romanian commercial representatives to the country in mid-July. There are about 50 or something of them. (…) We shall organize the economic diplomacy week, with representatives of companies and I shall invite everyone for a discussion,” said Alexandru Petrescu, quoted by Agerpres.

The Ministry for Business Environment tries this way to set the priorities of the commercial attachés, although the minister admits that commercial attachés positions can become sinecures unless the holders have exact responsibilities set, according to the quoted source.

„The Government must maintain the network of commercial attachés. Indeed, these positions can become sinecures, as long as we do not map exactly their role, duties, objectives, to understand exactly what is going on. I have asked each commercial attaché to report on the trade balance for the past three – five years, depending on how long her mission is, to understand the evolution. There will also be a very meticulous internal analysis, this is not just to have a meeting with me,” said Alexandru Petrescu.

The activity of commercial attachés periodically resurfaces on the government agenda.

Most recently, a year ago, the Minister of the Economy at the time noticed that the network of commercial attachés should be changed into „a network aimed at attracting foreign investment,” although it would be, „unfortunately, more in charge of promoting state companies”. In his turn, the Minister of Foreign Affairs included last year the activity of commercial attachés in the process of „reviving the economic dimension of the Romanian diplomacy„.

At present, the focus of the Ministry for the Business Environment is put on improving the legislation on the public-private partnership (PPP) and creating the legal framework for lobbying activities.

„How to bring a big investor in Romania to make railways, highways, hospitals? We hope to join the OECD, we have access to these investors, but what is the investment infrastructure that you bring in front of investors? A law that does not work? You will also hear about the PPP law; we have a working group, we want to use the best practices, adapt them to the specifics of our country, and very soon you will hear about the PPP law. The PPP law, as well as the law on lobbying, are essential, without which we cannot go forward,” Minister Alexandru Petrescu concluded on Wednesday.