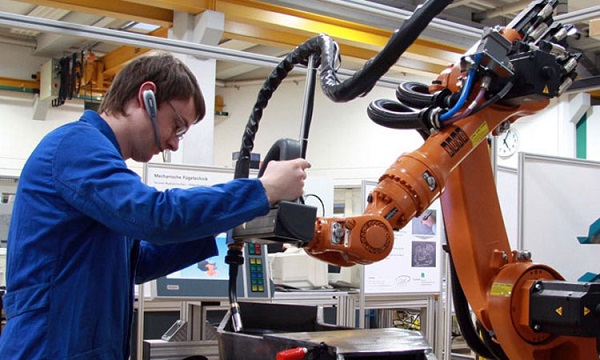 According to data provided by INS, in November 2019 Romania recorded a new alarming decrease in monthly industrial production at the level of the negative share of -7.7%, the same as in the previous month (compared to which production decreased „only” by 0.2%). And that after the adjustment to the number of working days and seasonality, as in gross series, the change was of -2.8% compared to October.

More seriously, this is the sixth month in a row of a strong move of industrial production into the negative range.

Otherwise, the level of -2.8% in gross results would have looked even worse if we had considered that the manufacturing industry decreased by -4.1% and the extractive industry by -3.3%, but the decline was attenuated by the normal increase, given the calendar period, in the production and supply of electricity, heat, gas, hot water and air conditioning, which increased by 7.1%.

Calculated for the first 11 months of 2019, compared to the same period of 2018, gross industrial production was lower by 2.2%, due to generalized unfavorable developments in the manufacturing industry (-1.9%), the extractive industry (- 2.7%) and even (contrary to the increase in November) the production and supply of electricity and heat, gas, hot water and air conditioning (-3.7%).

Industrial production, in series adjusted to the number of working days and seasonality, decreased by 3.3% in the first 11 months of 2019, which indicates that the arrangement of working days helped to slow down the decrease of results.

The values ​​announced at Eurostat for comparability were -2.3% in the manufacturing industry, -2.7% in the extractive industry and -3.6% in the production and supply of electricity and heat, gas, hot water and air conditioning.

It should be noted that industry has come to play the leading role along with agriculture (which had a weaker year) in GDP decrease, in the third quarter of 2019, with a negative influence of 0.6% from both traditional industrial sectors to the final result lowered to only 3% compared to 5.0% in the first quarter of the year and 4.4% in the second quarter.