The implementation of the consolidated budget in the first five months of 2020 registered a deficit of RON 38.8 billion (3.59% of GDP), of which… END_OF_DOCUMENT_TOKEN_TO_BE_REPLACED

Romania remains the weakest innovator in the EU, with a score in last year’s indicator ranking at only 31.6% of the EU’s average performance, according… END_OF_DOCUMENT_TOKEN_TO_BE_REPLACED

According to March 2020 data, the EC Convergence Report for Romania points out that the long-term interest rate for convergence purposes was 1.5 percentage points… END_OF_DOCUMENT_TOKEN_TO_BE_REPLACED

The European Commission is doubling its efforts to show that Europe has learned the lessons of the past and will avoid now, after the “Great… END_OF_DOCUMENT_TOKEN_TO_BE_REPLACED

Rating agency Standard & Poor’s has confirmed the ratings for Romania at ‘BBB minus / A-3’ and maintained the negative outlook. This rating maintains Romania… END_OF_DOCUMENT_TOKEN_TO_BE_REPLACED 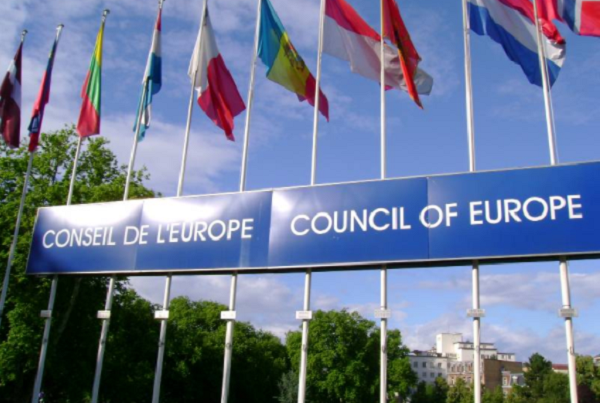 Three legislative proposals on the judiciary have recently been submitted to the Romanian Parliament, to be adopted under an emergency procedure.

Several institutions in Romania and abroad have expressed their concern that these proposals affect the efficiency of the fight against corruption and undermine the independence of the judiciary.

Also, related to Poland, similar concerns have been expressed regarding two draft laws on the reorganization of the Supreme Court and the National Council of Justice.”

GRECO states that it is the first time to appeal to the recently introduced Article 34 of the Regulation on the “Ad hoc procedure for exceptional circumstances”.

The article can be applied when there are concerns about an institutional reform, a legislative initiative or a procedural change, concerns that they might lead to the “serious violation” of an anti-corruption standard in a member country of the Council of Europe.

Assessments will also be made for Poland, an EU state where similar interventions are being discussed to alter the judiciary, also under the pretext of reforming the judiciary.

Officials of the Romanian state are expected to provide, by January 15 at the latest, information on the laws on the judiciary currently under the parliamentary debate. At the next meeting of the Group, in March, a report will be adopted, to be sent to the target country.

The evaluation is confidential, but the Council may decide to publish a summary.

The Council of Europe (not the European Council – which includes EU heads of state and government) is the largest organization on human rights and the rule of law on the continent. It includes 47 member states, of which 28 are member states of the European Union.

All the member states of the Council of Europe have joined the European Convention on Human Rights, a treaty designed to protect human rights, democracy and the rule of law.

Romania acceded to the Council of Europe (CE) following the decision taken on October 4, 1993, formulated by the resolution no. 37/1993 of the Committee of Ministers of the CE concerning the invitation of our country to become a member of the Council of Europe. On October 7, 1993, Romania signed statutory documents and the European Convention on Human Rights and Fundamental Freedoms during the first CE Summit (Vienna). The accession to the CE, an organization based on the principles of respect for human rights and fundamental freedoms, for the values of democracy and the rule of law, has been a mandatory step in promoting Romania’s accession to the EU and the North Atlantic Treaty Organization (NATO).

Laws on judiciary adopted as a matter of urgency

The special parliamentary committee on the amendments to the laws on the judiciary, headed by PSD deputy Florin Iordache, presented on October 31 the drafts with the initial amendments foreseen for three essential regulations in the field:

Since then, the majority coalition has succeeded in imposing a rapid rhythm of a so-called debate on the laws, so that last week, it has been adopted, by articles, the first draft, the one on the status of the magistrates.

The final vote has been postponed, though, as at 22.45, when the meeting has been closed, after almost 13 hours of so-called debates, only 140 MPs were still in the room. A quorum of 165 MPs is required for a final vote, and 165 votes were needed for the adoption, as this is an organic law.

The provisions with the highest stake for the independence of the system were adopted in a much more dangerous form than in the draft submitted on August 23 by Minister Tudorel Toader and the version approved by the Special Committee on the Laws on the Judiciary.

The final vote will be given on Monday evening on Law 303, after a solemn meeting dedicated to the commemoration of former King Michael I, although the MPs initially voted to be held on Tuesday at 12.00.

Nuclearelectrica's Board of Directors has been mandated to initiate proceedings to terminate negotiations with China General Nuclear Power Group (CGN), as well as legal effects… END_OF_DOCUMENT_TOKEN_TO_BE_REPLACED

Romania imported an amount of electricity of almost 796 GWh in the first month of this year, by more than 36% above what it exported… END_OF_DOCUMENT_TOKEN_TO_BE_REPLACED

GFG Alliance has committed to invest one billion euros to upgrade Galati steel plant in order to reduce emissions and increase production. Another EUR 1… END_OF_DOCUMENT_TOKEN_TO_BE_REPLACED

The Transport Ministry, as the Intermediate Body in Transport, approved the financing request for the project "Construction of Sibiu - Pitesti highway", Sections 1, 4… END_OF_DOCUMENT_TOKEN_TO_BE_REPLACED

Lack of trust in authorities, corruption and low living standards are the main reasons why young people leave Romania. The data is part of a… END_OF_DOCUMENT_TOKEN_TO_BE_REPLACED

Romania is the EU country with the fewest cars in terms of the number of inhabitants, according to data recently published by Eurostat. We appear… END_OF_DOCUMENT_TOKEN_TO_BE_REPLACED

The Government is preparing the public for the first measures aimed at avoiding the budget slippage, which would be applied by the PSD-ALDE government. News… END_OF_DOCUMENT_TOKEN_TO_BE_REPLACED

French Prosecutor Jean-Francois Bohnert will be appointed as head of the European Financial Prosecutor's Office, a position for which he was heard on Thursday, 11… END_OF_DOCUMENT_TOKEN_TO_BE_REPLACED

Romania recorded the highest road deaths in the EU also last year, with 96 deaths per one million inhabitants in 2018, almost double the EU… END_OF_DOCUMENT_TOKEN_TO_BE_REPLACED

Sorina Pintea announced on Thursday further new changes that will be brought to the functioning of the health care system, including new rules for employment… END_OF_DOCUMENT_TOKEN_TO_BE_REPLACED

The new order on approval and selection procedures for insolvency practitioners is an important step to a very good direction, industry experts say. ANAF is… END_OF_DOCUMENT_TOKEN_TO_BE_REPLACED

Romania lost to Estonia in the final vote to get the non-permanent member position within the UN Security Council for the period 2020-2021. On Friday,… END_OF_DOCUMENT_TOKEN_TO_BE_REPLACED

eMAG hopes to get the opinion of the Hungarian Competition Council over the next two months for the acquisition of Extreme Digital, the market leader… END_OF_DOCUMENT_TOKEN_TO_BE_REPLACED