Two charts and scorched-earth policy: Shock of sudden increase in pensions. Can we handle it? - CursDeGuvernare.ro

Two charts and scorched-earth policy: Shock of sudden increase in pensions. Can we handle it? 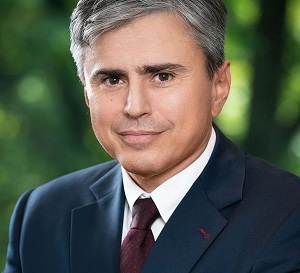 Not in many words, just the explanations for the charts below:

Let’s take a look at the figures.

In the explanatory memoranda of Law 127/2019 on the unitary pension system, pensions cost increase calculated by the lawmaker is the following:

These amounts are additional expenditures to RON 63 billion, which is already budgeted for the payment of pensions by Law 47/2019 on the social insurance budget. Basically, we are talking about an increase from RON 63 billion to RON 144 billion in just 3 years (+ 128%, which is more than twice!).

Let us not forget that these proposals come after other increases, masked though by a trick: by the „fiscal revolution”, CAS has increased by 19% (25% compared to 21%, which would be a neutral level), and transferred “just on paper” not less than RON 11 billion from BS in the BAS (by reducing the tax on wages / income from 16% to 10%).

Let’s look at these two graphs. It is clear how BAS revenues disconnect from pension expenses, which get to exceed 50% of the consolidated budget (BS + BAS) in 2021 and approach 60% in 2022. 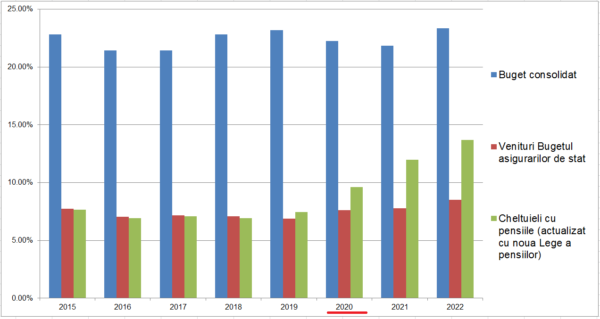 Be aware! These amounts do not include special pensions! Special pensions, along with the salaries in the public sector, expenses for military endowment, utilities, and investments would be paid from the remaining 40%.

The answer to the question in the headline becomes obvious, in no way do I risk my credibility by giving it here and now: WE CAN’T HANDLE IT!

The only alternative to bankruptcy is hyperinflation, but considering that the PSD assault on the BNR has failed, it is unlikely for us to see the printing machine switched on….