Senate committees have approved a ceiling on interest rates on loans - CursDeGuvernare.ro

Senate committees have approved a ceiling on interest rates on loans 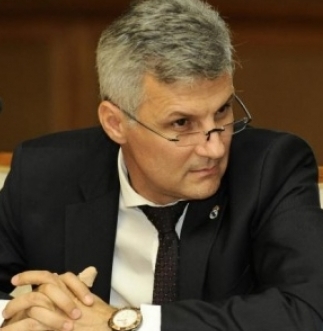 The Senate committees on budget, economic and legal matters issued an admission report with amendments to the legislative proposal that amends OG 13/2011 so that the interest rate on mortgage loans will not exceed 2.5 times the benchmark interest rate of the National Bank of Romania (BNR).

Also, the maximum interest rate that can be applied to consumer loans may not exceed 18% if the proposal turns into law.

Daniel Zamfir was also the initiator of the „debt to equity swap” bill on houses for which borrowers can no longer pay their loans.

The senator quoted explained that it has been considered as a reference „the maximum interest rate that the Romanian state applies to the debtor when their goods are taken away. To eliminate any kind of discussion that has existed and will exist in the public arena about a limitation of the rights of companies in a free market, this is a European practice. There are many countries in Europe that apply a limit on interest rates. We decided that we, in Romania, would join the European countries in terms of lending,” said Senator Daniel Zamfir, the initiator of the bill.

The provisions would apply to both banks and non-bank financial institutions, for the new contracts, not those in progress.

„We have made it very clear that DAE (effective annual interest) will not exceed those ceilings. We have decided to introduce this amendment and cap DAE because most of the time, even if we had capped the remunerative or the penalty interest rate, there would have been various mechanisms for introducing bank cases, fees and so on, which would have increased DAE. We are interested in having Romanian citizens know very clearly how much they pay for the interest rate. By limiting DAE, we know very clearly from the very beginning how much the interest will be in the contract,” the senator said.